NEW YORK (AP) — The Associated Press said Monday that it is launching a review of its social media policies after questions were raised about last week’s firing of one of its journalists who had expressed pro-Palestinian views.

That announcement came hours after more than 100 AP journalists signed a letter expressing concern about how former news associate Emily Wilder was treated. The journalists want more clarity in what can be said on forums like Twitter and Facebook and faith the company would protect them from pressure campaigns.

In a memo to staff members on Monday, the AP’s news leaders asked for volunteers to suggest changes to social media guidelines, with the idea of a committee bringing forth recommendations by September.

“One of the issues brought forward in recent days is the belief that restrictions on social media prevent you from being your true self, and that this disproportionately harms journalists of color, LGBTQ journalists and others who often feel attacked online,” the memo said. “We need to dive into this issue.”

Wilder, a 22-year-old who had worked a little over two weeks covering news in the Western U.S. from Phoenix, was fired after the AP said she violated social media rules. The rules compel staff members not to express opinions on controversial issues for fear of damaging the AP’s reputation for objectivity and jeopardize its many reporters around the world.

During that time, a young Republicans’ group from Stanford University raised concerns about Wilder’s advocacy as a student there. Wilder, who was not told what she had done specifically to violate standards, said her firing was “precipitated by an onslaught of harassment against me.”

The AP journalists who wrote to protest her firing demanded more clarity about the decision and said they were concerned the decision would embolden others who would launch smear campaigns against reporters, and have already made many reluctant to engage in social media.

The news leaders said sharing more information was difficult: the company does not publicly discuss personnel issues to protect the privacy of staff.

“We can assure you that much of the coverage and commentary does not accurately portray a difficult decision we did not make lightly,” the memo said. It did not make clear what information was reported inaccurately.

The incident illustrates how it can be difficult for a news organization, particularly a traditionalist like The Associated Press, to handle the free-wheeling nature of social media.

“I want to live in a world where people who are employed know what the rules are and what the boundaries are and they are extraordinarily clear,” said Kathleen Hall Jamieson, communications professor and director of the Annenberg Public Policy Center at the University of Pennsylvania.

That’s particularly important at the AP, which is a bedrock for objectivity and fairness in the news business, she said. The agency, which is celebrating its 175th anniversary, does not traffic in opinion.

“AP is in the business of fact-based journalism,” the news leaders said in the memo. “It is who we are. We have these values to ensure we maintain our position as an unbiased source of information and to protect our journalists.”

The AP’s culture and social media has never been a comfortable mix. The AP sells its news coverage to newspapers, digital and broadcast customers, and tells its journalists not to tweet out breaking news until after it is shared on the AP wire, which makes them a step slower than competitors quick to tweet.

The AP’s social media rules say journalists who share opinionated material from others must make clear that the views are not their own. Denouncing fellow news users or newsmakers online “can reflect badly on AP and may one day harm a colleague’s ability to get important information from a source,” the rules state.

The company even urges its journalists to “steer clear of trash-talking sports teams, athletes and celebrities.”

The letter signed by the AP journalists makes clear that the incident has caused some deep wounds.

“The lack of communication ... gives us no confidence that any one of us couldn’t be next, sacrificed without explanation,” they said. “It has left our colleagues — particularly emerging journalists — wondering how we treat our own, what culture we embrace and what values we truly espouse as a company.”

The AP’s memo was signed by 10 news leaders, not including executive editor Sally Buzbee, who begins next month as executive editor at The Washington Post. The AP said Buzbee was not involved in the Wilder case since she handed over day-to-day responsibilities to others when accepting the Post job. 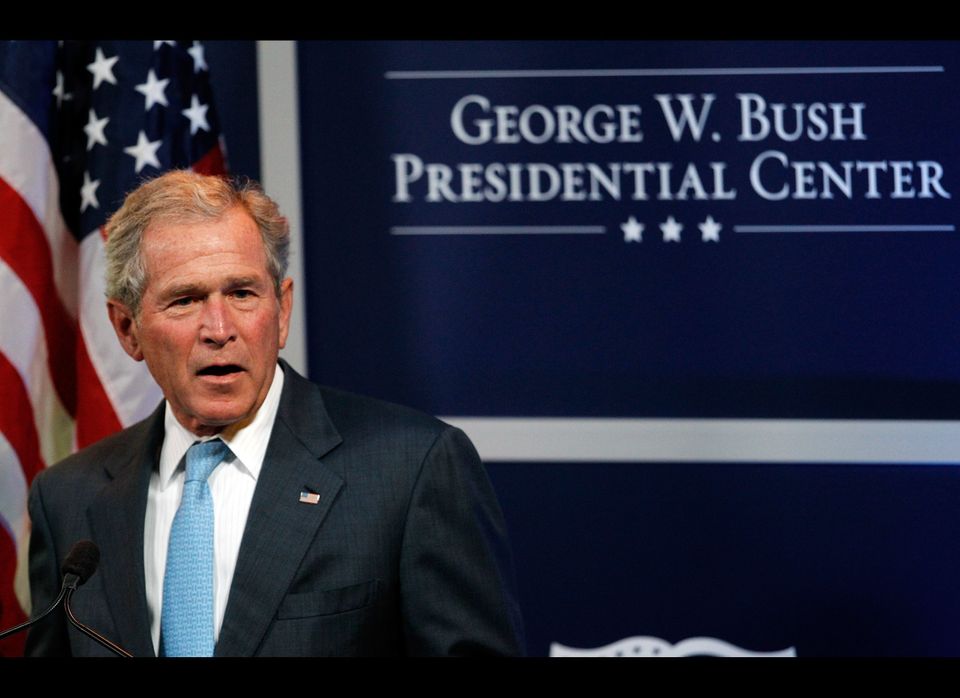 1 / 10
Bush Administration Paid Journalists
A 2005 USA Today investigative report revealed that the <a href="http://www.usatoday.com/news/washington/2005-01-06-williams-whitehouse_x.htm" target="_hplink">Bush administration paid columnists</a> hundreds of thousands of dollars in public funds to promote the administration's policies. Armstrong Williams, Maggie Gallagher and Michael McManus were among those who received money to support No Child Left Behind and Bush's marriage initiative in their pieces.