It's no surprise, when speaking with Joe Hill, that the conversation--whether it's about social media, writing, or apocalypse--returns frequently to his love of reading. Each sentence in Hill's work is crafted with care and a wicked wit; his language is never lazy. In The Fireman, a horrific plague called the Dragonscale has swept the world, causing people to explode in flames. The body count is high--there's a lot of fire in this book. Yet Hill is careful not to let us grow bored with fire. The descriptions are clever, beautiful, or horrifying (or all three) as needed--not repetitive. It's an achievement that requires more than the use of a thesaurus, a different word deployed here or there. It's where poetry meets horror, and I'd read more of it.

I spoke with Joe Hill in the lead-up to his book tour. As it turns out, Hill is as much an entertainer in conversation as in prose. 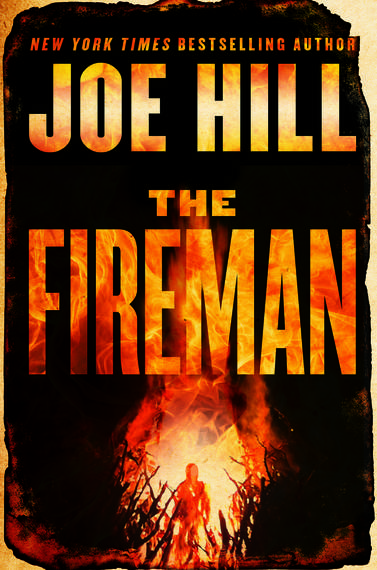 "I wanted to explore the sunny side of the apocalypse," Hill said of The Fireman, and was not deterred by my incredulous laugh; I had just finished reading the book and felt a bit traumatized. He said, "I don't think there's been enough fiction to look at the warmer, happier aspects of the end of the world."

The protagonist of The Fireman is certainly sunny: Harper Willowes, a cheerful, pregnant nurse with a Mary Poppins obsession and nerves of steel. Not an action heroine, and made physically vulnerable by her pregnancy, Harper is a different kind of protagonist than is often seen in dystopian fiction. Her greatest strengths lie in her integrity and warmth, and the people who gravitate to her are likewise those who show an ability to retain their humanity when horror strikes.

Hill's impulse to explore the sunny side of the apocalypse was a response to limitations within the genre, as seen for example on The Walking Dead or in Cormac McCarthy's The Road. "There is tragedy in [The Fireman], but you can only have tragedy when you also recognize things that are good. When you see something wonderful that can't be protected--that's what stirs tragic feelings," he explained. In most dystopias, according to Hill, humanity is shown to be so contemptible that there is no longer any sense of tragedy. The flaw in that approach, he concludes, is, "If that's how we are, who cares if the species survives? Let the cockroaches have their term."

The Fireman takes a microscope to humanity: While there are good people, they are vastly outnumbered--which makes their actions all the more risky and therefore, heroic. In large part, the novel is about the dangers of conformity and the violence of the pack. In the story, people discover that oxytocin released by communal bonding protects them from the effects of the plague. But soon communal commitment becomes fanatical--and the consequences are fatal.

Having followed Hill on Twitter for years and seen his commentary on the downsides of the platform, I asked if his exploration of the tyranny of groupthink in The Fireman had anything to do with social media.

Hill acknowledges that experiences of Twitter might have informed aspects of the novel. "One of the things I wanted to write about is how powerful social connection can be," he said. "I think we see this across all sides of social media as an enticing possibility." But this power has a dark side. Hill cites phenomena like rape threats against women, GamerGate, and the Sad/Rabid Puppies as elements that induced him to take a step back from social media.

Additionally, he doesn't like public shaming, even when the target is deserving of censure. "It's not about whether or not they deserve [to be shamed]--I don't like the way it makes me feel. It strikes me as one of those things you see in the history of Puritan villages, where disgraced people are locked in the stocks so kids can throw horseshit at them." He is less concerned about the targets than about the net effect on our psyches. "There's so much to be outraged about, and on social media everyone is always outraged about something. You have to ask yourself how much time you want to spend feeling angry and outraged. It hasn't spoiled social media for me, but has made me recoil a little bit. All of that is sort of in the book. My positive feelings about the possibility of connection, and also my unease about getting carried along with passions of the crowd."

Harper Willowes, who both refuses to conform to social pressure and whose personality doesn't conform to genre archetypes, is an apt heroine for such a story. She is also Hill's favorite protagonist to date. While Vic McQueen, the heroine of NOS4A2, was a fully realized and complex character, Hill concedes that she was something of a genre type--the badass action heroine. "I wanted to show a different kind of strength with Harper. Her superpower is her basic funny optimism," said Hill. "She's the kind of person who no matter how bad things are, if a song she loves comes on the radio, she will start singing along."

Another departure from genre pitfalls is Hill's endeavor to crack "the one woman problem" that he sees as an issue, in particular in Marvel superhero movies. "The one woman, Black Widow, has to be everyone's girlfriend," said Hill of the Avengers movies. "When one woman has to represent every female in the audience, that's a lot to ask of a single character."

As an antidote, The Fireman surrounds Harper with complex women and female friends. Hill explained, "I wanted to have host of female characters instead of being trapped in situation in which there's one woman in the whole story, and we expect that character to be everything to everyone."

With its examination of the dangers of conformity, I posited to Hill that The Fireman has the most social commentary of all his books. "You never know what you're gonna get," he admitted. "One of my key bad guys -- if I could have gotten one more thing in the book, I would have put him in a Make America Great Hat." Here he was referring to the Marlboro Man, a misogynistic horror of a man whose radio show is like Rush Limbaugh on speed.

But it goes deeper than a caricature of a certain presidential candidate. Hill said, "It's a complicated chain of thought. There's been a lot of apocalypse stories. A recurring theme is what we see in The Walking Dead--who are the bad guys? The infected--the people who are ill. Those are the people you don't want to have near you, to touch you, the people you want to put down to make the world a better place. I'd rather be on the side of the contaminated--I want to root for the people who are sick. I don't want the infected to be defined as the Great Evil. There's a real reactionary streak in the country right now, and that's the impulse that has people saying, 'Let's not let any Muslims come to this country, let's build a wall.' That kind of thinking is a thin costume for cruelty and brutality, for real ugliness. I didn't want to be on the side that's telling folks, 'Let's build more walls.'"

This metaphor plays out in the way the plague takes effect. "The thing about Dragonscale is, you get this stuff on you and it has no cure," Hill said. "But it will only kill you if you can't control your stress and anxiety. Throughout the book, fear is the enemy. It's what will kill you if you're contaminated, and it's what drives the people who are looking to hunt down the sick."

In the event of apocalypse, Hill's strategy is simple. He knows he's no action hero, so his expectation of actual survival is not high. "I'd read as much as I could," he said. Hill's recent favorites include the books of David Mitchell and Celeste Ng's Everything I Never Told You. He concluded, "With only a few weeks left to go, I'd hunker down and try to read some of the books I've wanted to get to." 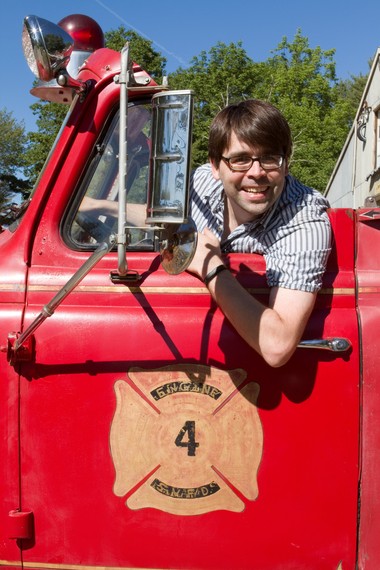 Joe Hill is the author of the New York Times bestsellers NOS4A2, Horns, and Heart-Shaped Box, and the prize-winning story collection 20th Century Ghosts. He is also the Eisner Award-winning writer of a six-volume comic book series, Locke & Key. He lives in New Hampshire.