Along with Katie Davis, Howard Gardner is the co-author of the recent book, "The App Generation: How Today's Youth Navigate Identity, Intimacy, and Imagination in a Digital World."

"Well, first we have to make sure that he gets into the right preschool and the best play group. Elementary school can be a bit more relaxed, though I'm not sure which sport he should play. And he needs some time on the weekend to unwind and play, but not too much. Things get serious when he applies to boarding school. It would be best if it had an IB program, at least three Advanced Placement courses, a summer math camp, and we'd better make sure that cousin Philip has a serious talk with the head of admissions at Ivy U. Once admitted to Ivy U, the squash team, two majors, junior year abroad, a summer internship on Wall Street and a career in finance. Actually, it would be fine if, before heading to Wall Street, he does one stint -- though only one stint! -- at Teach for America!"

As a parent, grandparent and teacher, I have now heard this monologue, or variants thereof, numerous times. With each passing year, I hear it more frequently, and I also hear the last few sentences (in the first person) from young persons as well. So I've come to wonder whence it comes and what it means. And the answer, I believe, is intimately tied to a dominant technology of our time: the ubiquitous "app."

My co-author Katie Davis and I begin with an acknowledgment. There have always been planful adults, in the United States and elsewhere. Indeed a century ago, it was not unknown for parents of newborns to enroll them in the "right" secondary schools which, in turn, virtually guaranteed admission to the "right" college and to a position in the "right" law firm or bank. However, those tracks were reserved to individuals of the proper background: White Anglo-Saxon Protestant(s).

Now, in our meritocratic society, families of varying cultural backgrounds believe that they can ensure that their offspring have these opportunities. And so they manage, indeed many of them micromanage, their children's schedules and friendships, they leave no stone unturned, to bring about the success that they believe is owed to them and their progeny. This dire need to get into the best colleges, internships and jobs, especially at a time of economic stress, exacerbates a culture of cutthroat competition.

In over 100 interviews with adults who have worked with young people for at least two decades, reported in our book "The App Generation," we found an unexpectedly strong consensus: Compared to their predecessors, youth growing up today are much less likely to take any sort of risk (unless explicitly told to do so, in which case, of course, it is no longer a risk). In any assignment, in any game, they want to know exactly what is expected, how it will be assessed, what comes next and why. Any sense of "figuring it out for oneself" or going down an unexplored, unexpected pathway, has become a rarity.

Enter Apps. Applications are streamlined shortcuts. They allow us to do what we want to do, quickly and efficiently, with no wasted motion. Since the advent of computers, and especially the birth of personal computers, such applications have existed in effect. And with the arrival of smartphones and pads, many of our lives and nearly all of the lives of our children, are punctuated throughout the day by the activation of one app after another.

Apps, of course, are a form of technology; they are neither good nor bad in themselves. But an "app mentality" or "app consciousness" -- the search for an app for everything, the almost automatic activation of an app and a concomitant reluctance to proceed if an app is lacking -- can be very limiting. And it is especially pernicious in the event that this mentality becomes the dominant mode, the dominant metaphor, for how one leads one's life.

Just that, we believe, has happened to many of our young people, and to those who have their backs. Not only do they use one app after another, like turning pages in a book, but they begin to think of their lives, and the lives of others, as an ineluctable series of apps; the imagined sequence of steps introduced at the beginning of this essay. Katie Davis and I have termed this "the Super-App of life."

Of course, if life really proceeded like a pre-packaged app, things could be fine. After all, it's easier to follow a script than to write a new one. But of course, no life can be completely planned; there are always accidents, unexpected losses and detours, disappointments and reorientations. And if you expect everything to proceed in lockstep fashion, then you will be completely unprepared for the twists and turns that are part of the human condition; those zigzags that, whatever the associated pains, are what make life worth living, indeed what constitute a life.

There is a moral to the story. Perhaps there are a small number of individuals who can actually follow the Superapp; from cradle to Wall Street to a textbook family configuration, with children and grandchildren in turn all realizing their super-apps. The sagas of the Rockefeller, Kennedy, and Ford dynasties suggest that this is an unlikely outcome. But 99 percent of individuals, perhaps even 99.9 percent of individuals, will not realize their Super-apps, and will therefore be disappointed, frustrated and depressed.

How much better it would be if we could stop hyper-planning, give children space throughout childhood, and let them, in the fullness of time, develop and work out a script that is of their making, rather than one developed by a programmer at Apple or one that is a projection of their parents' own mythology. 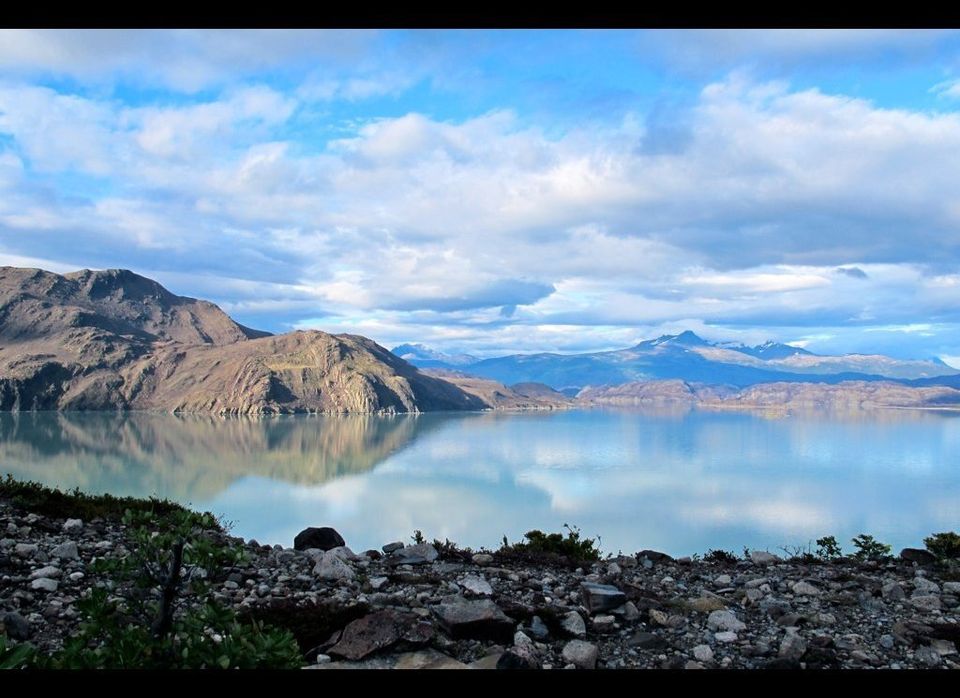 1 / 10
Torres del Paine National Park, Patagonia, Chile
<a href="http://www.cheapflights.com" target="_hplink">Cheapflights.com</a> begins the quest to unplug in Patagonia. At the southern tip of South America where the Andes meets the sea, the Patagonia region, part Argentina and part <a href="http://www.cheapflights.com/flights-to-chile/" target="_hplink">Chile</a>, is a world removed from most everyone’s everyday life. With growing glaciers that periodically toss ice chunks into lakes, towering mountain tops and wild, windswept terrain, Patagonia is a testament to the powerful forces of nature. There are six national parks in Patagonia, including Torres del Paine. Though fire swept through much of the park in 2011, the three granite peaks that give the park its name were not damaged. These monolithic peaks, which reach more than 9,000 feet, are joined by waterfalls, glaciers and lakes, all fed by the Southern Patagonia Ice Field. The park is also home to a dozen or more species of birds of prey as well as guanacos, pumas, foxes as more. Out here, in these wilds, the best electronic device to pack is a great camera.
Flickr:bibliojojo