NASA has released an app that sends users the latest downlink photos from Mars. File this one under the "very cool app" category.

The Mars Images app (iPhone and Android) is very basic in functionality and features a scrolling list of the downlink Mars photos which are individually viewable and shareable via email.

The only real gripe is that it would be great if the functionality included sharing the photos to social networks like Facebook and Twitter. Developers take note!

With the Mars rover Opportunity still trucking along, significant discoveries are still being made. Last year, strong evidence for gypsum was discovered on the surface of Mars. Had this app been available when the initial photo was taken, who knows, maybe some savvy Mars Images app user would have spotted the significance first.

With NASA's new Curiosity Rover set to land on the surface in August, this app will get even more interesting.

Take a look at some of the most recent images from early January featured on the Mars Images app. 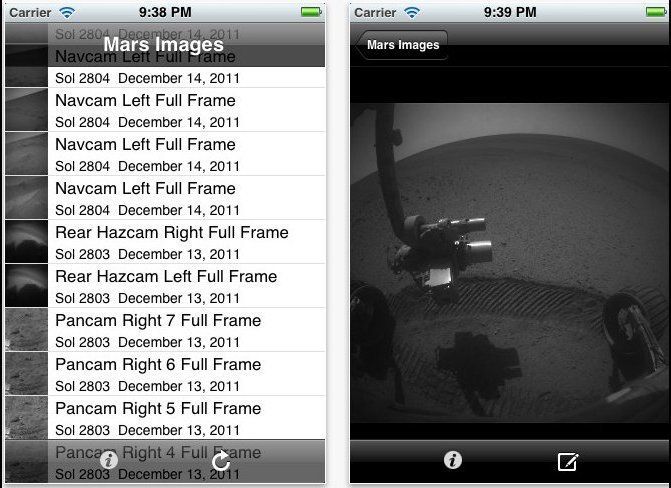