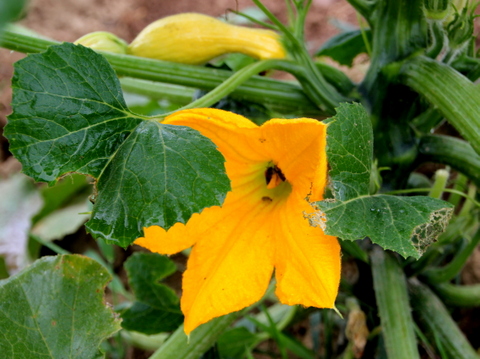 When Chad Roberts lost his job two years ago, he never dreamed he'd be unemployed this long. He was a machinist, forklift operator and could drive just about anything. But living in Ashe County, North Carolina, where unemployment has hovered around 15% and three major manufacturers have been shuttered, Chad's job opportunities were few and far between. Nobody called him back on his job applications, and nobody seemed to be hiring.

Chad started to get depressed, had trouble sleeping, and began to pack on the pounds, despite the fact his family was existing on food stamps and meals from the food pantry. Then this spring, he filled out a survey at the pantry about gardening and the next thing he knew, Travis Birdsell and Pastor Rob Brook of Outgrow Hunger were offering to come over, till his land out back and help him start a garden.

And boy howdy, is Chad growing things now! His tomatoes are reaching up the twisted steel poles to the sun, his cabbages, melons and squash are swelling into ripeness, and his greens are so abundant, he is giving them away (to the food pantry). With a used freezer donated by Outgrow Hunger, he and his wife Angela (who is diagnosed with fibromyalgia and has trouble walking) and their two children plan to process and freeze a lot of the food to eat through the winter, and donate the rest to other needy families in the community. 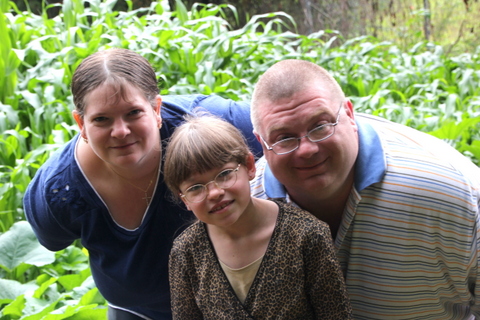 Already, Chad's attitude has changed, his whole family is eating healthier food, and the garden gets him outside moving and sweating every day, with his excited kids working beside him. And this kind of Appalachian pride is growing on 43 family gardens all across Ashe County.

OutGrow Hunger was started by the churches of Ashe County, in partnership with Heifer International, to combat the hunger and poverty lingering amidst the beautiful Blue Ridge Mountain views and fancy second homes here in far western North Carolina. Outgrow Hunger aims to provide Ashe County food pantries with 90,000 pounds of fresh produce from volunteer home gardeners as well as commercial growers -- to give people living on "mac & cheese" food assistance an abundance of fresh squash, cucumbers, tomatoes and melons. Birdsell, a local deacon and landscape horticulturist, travels miles to share his knowledge and experience with new gardening families and Brooks, a UMC pastor and director of Ashe Outreach Ministries, oversees a food pantry serving about 800 people a month, a community kitchen that feeds 65 folks daily, a meals-on-wheels program, and backpack buddies for 300 local school children. And this is their first year! 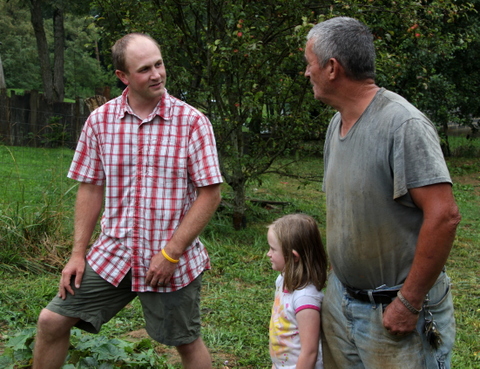 Outgrow Hunger also is planting orchards in every elementary school in Ashe County so each child will be able to pick a piece of fruit to eat; putting in educational gardens on donated land so low-income people can learn to garden more effectively (Chad could teach this course!); and using money from Heifer to buy a flash freezer so they can turn those pounds of produce into healthy soups & stews for the pantry. 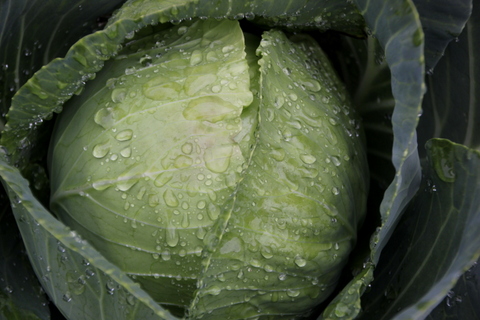 Outgrow Hunger is just one of the Seeds of Change programs that Heifer is aligned with in Appalachia, but it's among the most impressive -- mostly due to the energy, commitment and non-stop vision of Travis and Rob, and Heifer's own spark-plug, Jeffrey Scott. The idea is to empower hard-working, independent Appalachian people, who have the food memory of how to grow things, with new training and technology so they can make an income from raising healthy, local food for themselves and their communities.

But what it's all about in the end is seeing Chelsea Roberts, pulling me over excitedly to offer a snow pea, picked fresh off the vine. It is heavenly. She helped grow it, and she loves the taste of it. 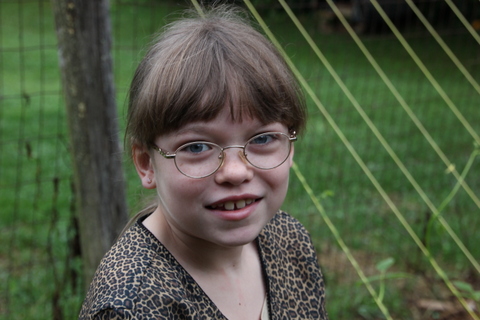 "You cain't get no fresher than that!" she says proudly. I gotta agree.

p.s. Since this blog was originally posted, two weeks ago, Chad Roberts got himself a full-time job!