Christie's, an exclusive London auction house, is selling one of Apple's very first personal computers, the Apple I (aka Apple-1) from 1976, Apple Insider reports. At the time of this writing, Christie's placed the Apple I's value in the range of $161,600 - $242,400.

According to the New York Times, the Apple I was built by Apple co-founders Steve Jobs and Steve Wozniak and sold for $666.66. Only a few hundred shipped before the Apple II rendered them obsolete in 1977.

"[T]he original Apple I has the sort of specs that we associate with deficient calculators today -- 8 KB of RAM, a MOS 6502 microprocessor with clock speeds between 1 and 2 MHz -- but was nevertheless a feat of engineering for its day," writes Geekosystem.

Indeed, as Christie's points out in its description of the Apple I, this early PC was an assembly-required device. The motherboard was built by Apple, but the user had to provide the keyboard, casing, power supply and monitor.

The Apple I will be on the auction block on November 23, as part of a lot of several items that includes the fully assembled Apple I motherboard, instruction manuals, cassette interface and basic tape, official documentation and a letter from Steve Jobs.

In the meantime, you can visit Christie's listing page or check out Christie's photo of the Apple I lot for sale (below). 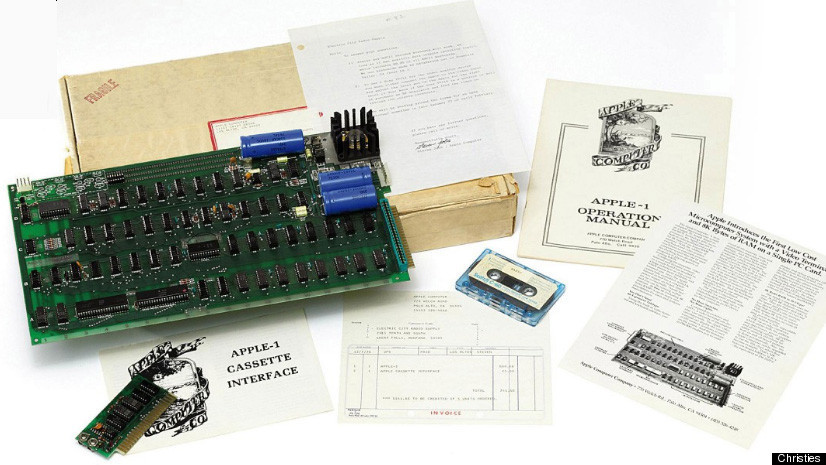