Apple launched its new iPhone 4S on Friday, October 14, and already the phone is a blockbuster.

The company announced on Monday, October 17, that customers bought over 4 million units during the handset's first weekend in stores.

"iPhone 4S is off to a great start with more than four million sold in its first weekend—the most ever for a phone and more than double the iPhone 4 launch during its first three days," said Philip Schiller, Apple’s senior vice president of Worldwide Product Marketing, according to a company press release.

The release also said that iOS 5, Apple's new operating system for iPhone, iPad and iPod Touch devices, had been downloaded over 25 million times since it became available on October 12. Meanwhile, "20 million customers have signed up for iCloud," Apple's cloud-based storage and wireless synching system, per the press release.

According to the Washington Post, carriers were also feeling the love on the day the new iPhone launched. AT&T said it "activated a record number of iPhones" on Friday, and Sprint claimed "its best ever day of sales in retail, web and telesales for a device family in Sprint history," wrote the Post.

Apple previously announced on October 10 that the iPhone 4S had sold a stunning 1 million units during its first 24 hours of presale availability.

The iPhone 4S is currently on sale in only seven countries, including the U.S., U.K., Australia and Canada. Apple plans to make the device available in ten times as many countries by the year's end.

PHOTO GALLERY
13 Things To Know About New iPhone
Download
Calling all HuffPost superfans!
Sign up for membership to become a founding member and help shape HuffPost's next chapter
Join HuffPost

Technology iPhone On The Move Apple 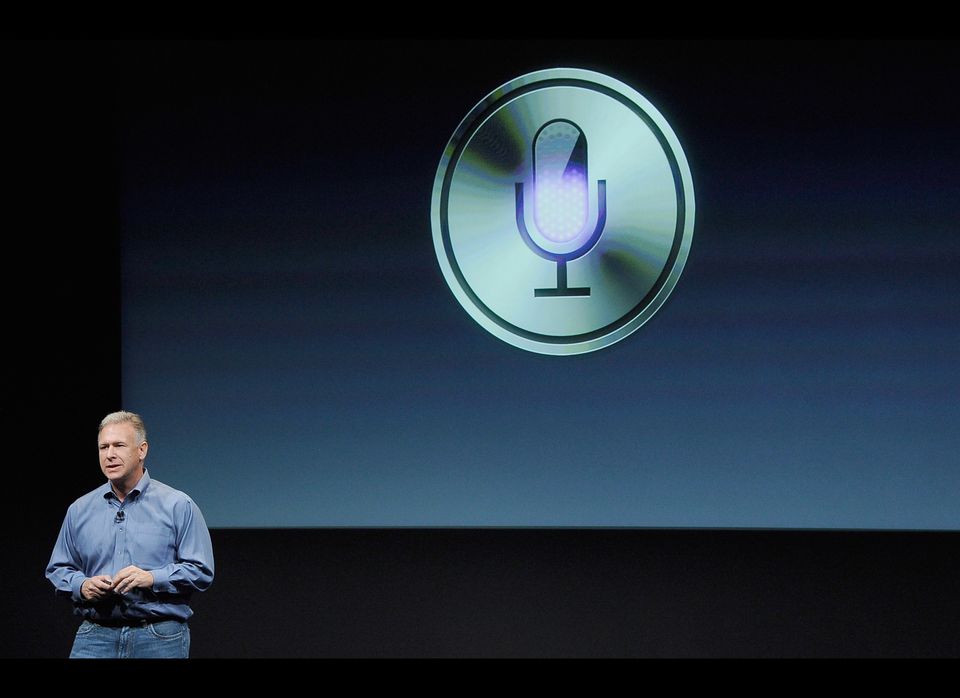 1 / 13
Virtual Assistant
Apple debuted the <a href="https://www.huffpost.com/entry/siri-apple-iphone-4s-voice-personal-assistant_n_994605?1317758678" target="_hplink">Siri virtual assistant</a>, a voice-controlled interface designed exclusively for the iPhone 4S. Siri lets the user schedule calendar events and reminders, set alarms, find information about local businesses--just by asking. The hands-free system even talks back to you. <a href="http://twitter.com/#!/nickbilton/status/121288597952405504" target="_hplink">The New York Times's Nick Bilton</a> notes that it sounds like "A female Hal who had too many vodka tonics at the bar." <a href="http://techcrunch.com/2011/10/04/apple-reveals-siri-voice-interface-the-intelligent-assistant/" target="_hplink">According to TechCrunch</a>, "Siri will be a beta for the time being, as it only supports English, German, and French voice input, but there are more language add-ons and tweaks to come." <em>Image courtesy of Getty.</em>