This is a critical Apple update for how you watch movies.

In a new video from Vanity Fair, while breaking down a pivotal scene in his hit whodunit, “Knives Out,” director Rian Johnson made a revelation that could change how you watch twist-filled movies.

“I don’t know if I should say this or not. Not because it’s lascivious or something but because it’s going to screw me on the next mystery movie that I write,” the director said. “But forget it. I’ll say it. It’s very interesting. Apple, they let you use iPhones in movies, but, and this is very pivotal if you’re ever watching a mystery movie ...”

“Bad guys cannot have iPhones on camera,” he said.

“Oh no! Every single filmmaker who has a bad guy in their movie that’s supposed to be a secret wants to murder me right now,” the director added right after the revelation.

So if you’re watching out for a twist in an upcoming movie, and someone’s got some weird affinity for Droid, yeah, maybe start looking into them first.

It should be noted that Johnson doesn’t go into the details — the service agreement if you will — about exactly what constitutes a “bad guy” using an iPhone on camera.

For instance, HuffPost’s own resident movie guru, Matt Jacobs, quickly found a clip from the 2019 movie “Ma,” showing Octavia Spencer’s titular Ma on what may be an iPhone.

Another scene appears to show her using a phone:

Are these actually iPhones? Since the movie’s main character is the murderous Ma, does she qualify as a “villain”? Do the scenes above constitute being shown using an iPhone on camera? These are all big, very important questions.

How deep does the conspiracy go? Who actually knows? MacRumors also surfaced an old piece from Wired noting that on “24” the good guys used Macs while the villains used PCs.

For now, we remain stunned, Siri-ously. 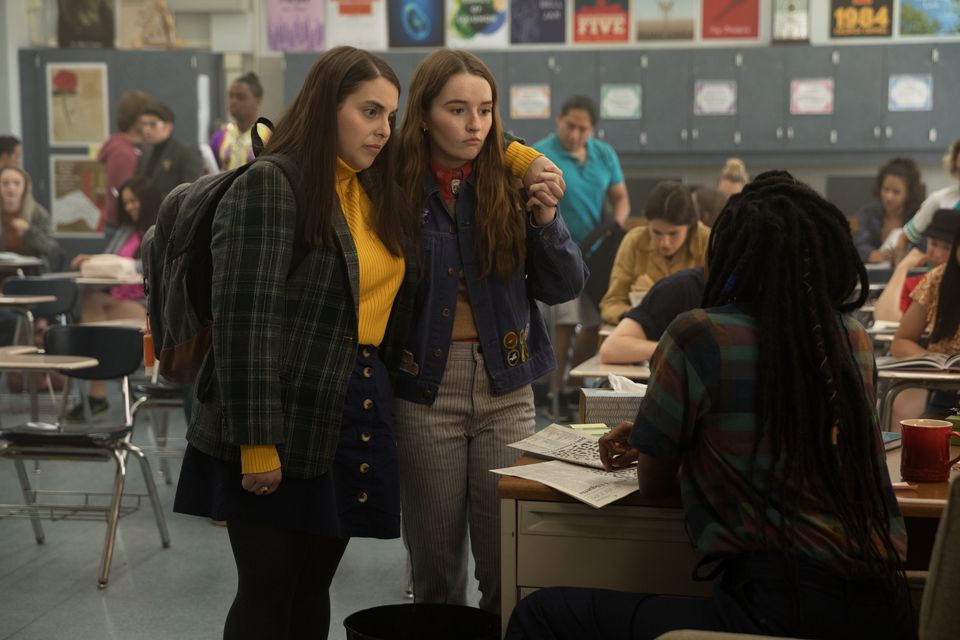 1 / 16
"Booksmart"
&ldquo;Booksmart&rdquo; should have been a major summer hit, but Olivia Wilde&rsquo;s <a href="https://www.huffpost.com/entry/booksmart-you-oughta-know-olivia-wilde-kaitlyn-dever_n_5ce69d6ee4b0547bd1334fcc">directorial debut</a> fizzled upon arrival. Bummer. It&rsquo;s a playful, progressive comedy that largely unfolds over the course of a single night, when two shrewder-than-thou high schoolers (Beanie Feldstein and Kaitlyn Dever) decide they&rsquo;ll finally adopt their classmates&rsquo; partying ways on the eve of graduation. Few images this year were funnier than studious BFFs covered in what they assume to be an Altoids tin&rsquo;s worth of cocaine while rushing to join the popular kids they&rsquo;d spent so long spurning.
Annapurna Pictures