Apple isn't a fan of users jailbreaking its devices, and the company doesn't seem to be a fan of the word "jailbreak," either.

Shoutpedia also notes that the filter is affecting all iTunes store categories; however, it appears it only applies to those in the U.S. Below is one of the first instances discovered:

[Note: The "deluxe edition" of the song "Jailbreak" by Thin Lizzy is censored on the U.S. iTunes store, but not on the European one.] 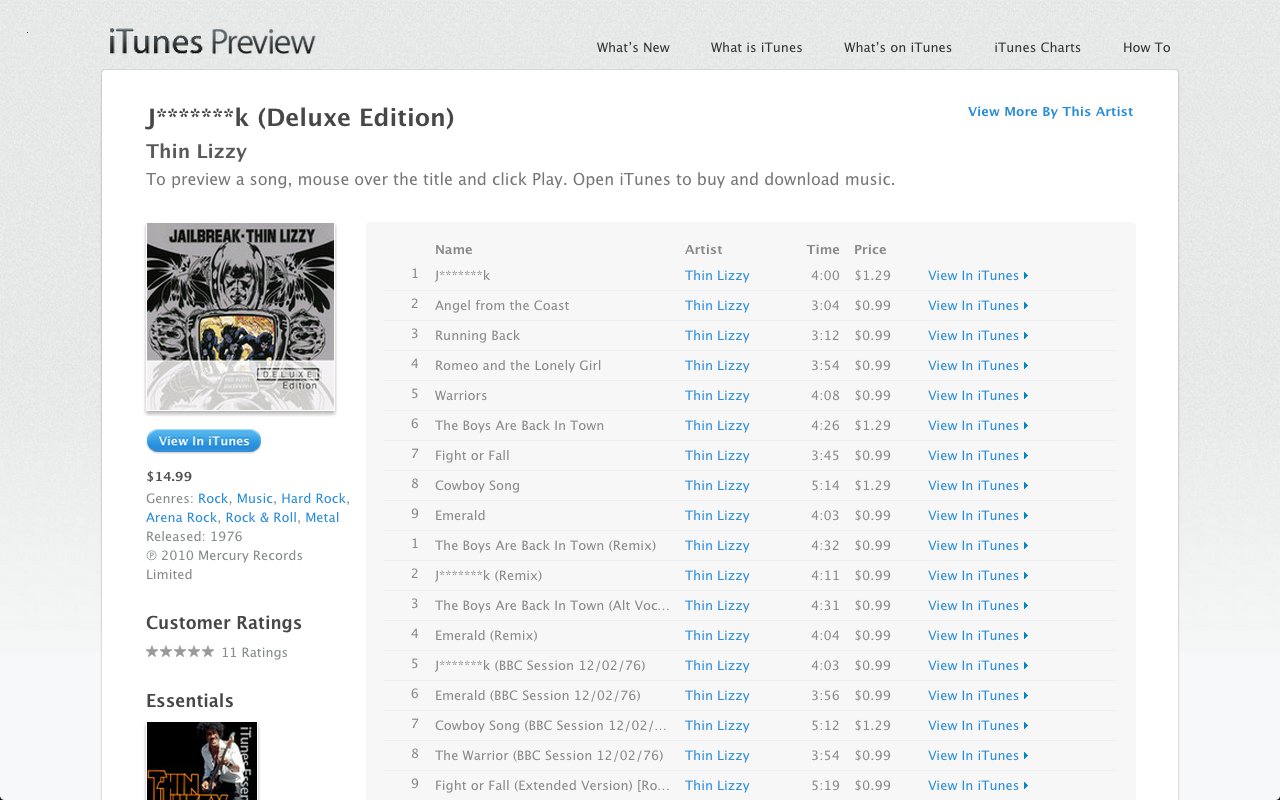 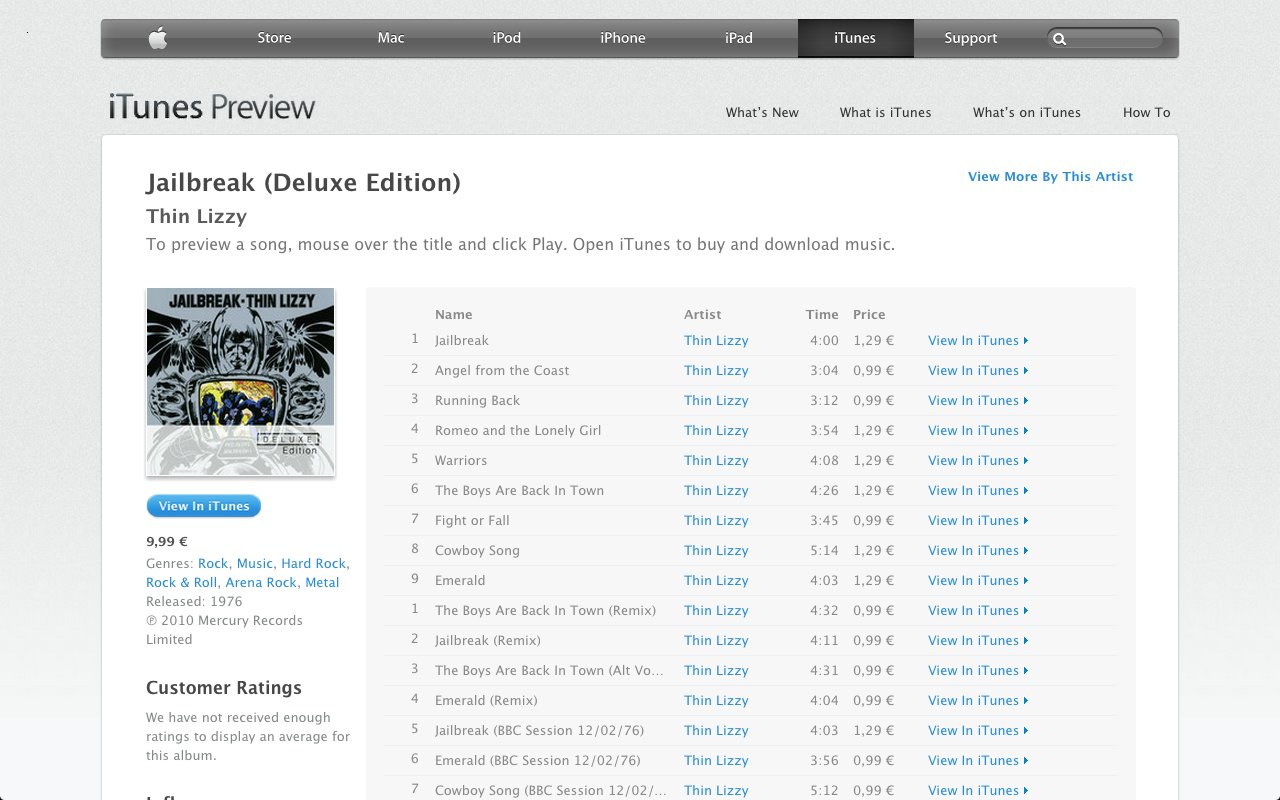 In addition, it does indeed seem that the block on the word has reached both iPhone and iPad apps, too. 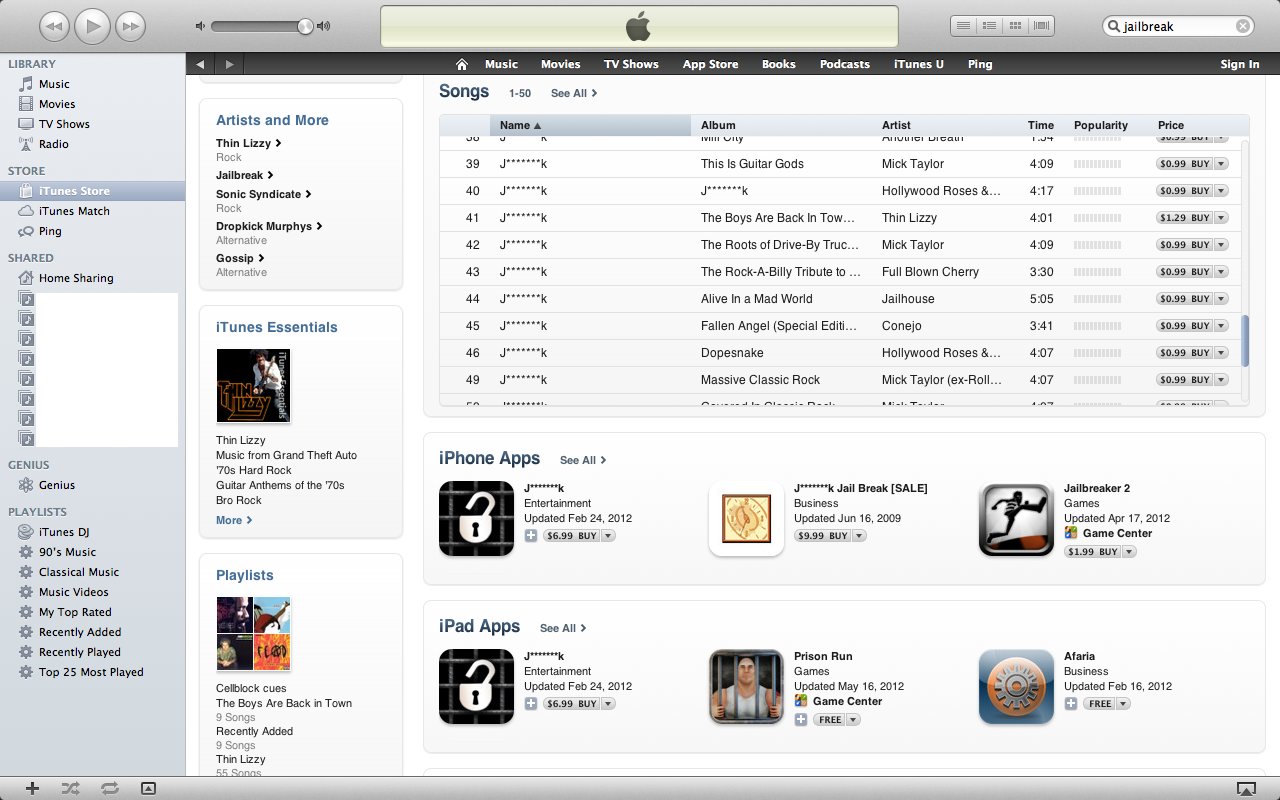 Even iBooks have been affected. WebProNews pointed out the tweet of @86intruder, who responded to @MuscleNerd with a picture to prove it:

As MacRumors points out, Apple discourages users from jailbreaking their iDevices, a process that removes restrictions on the gadget and allows the downloading of apps and other features that aren't Apple-approved and aren't available in the App Store.