Apple's software upgrades are usually welcomed with much hullabaloo. iOS 6 was treated no differently, until (cue horror music) the company announced that its new mobile operating system would no longer feature a baked-in version of Google Maps.

So when iOS 6 was finally released to the public, you can imagine the disappointment of many Apple fans as they realized that Apple's new Maps app, powered by TomTom technology, can be pretty ridiculously horrible. In fact, the new service has been so poorly received, there's now a Tumblr blog devoted to documenting Apple's mapping fails.

How bad could the app be, you ask? Here're a few examples: Well-known cities have been wiped from the map, buildings have disappeared; potentially awesome graphics often appear blurry or warped; and, sometimes, the wrong location data is displayed for entire countries (tough break, Japan).

Check out 19 of the most absurd Apple Maps app fails below. Have you used the new app? Can you find your hometown, or have the places you frequent vanished into digital air? Let us know if you spot any other comical mistakes in the comments section below, tweet at us (@HuffPostTech), or upload your own fails to our slideshow (using the "Add a slide" button) for a chance to be featured right here. 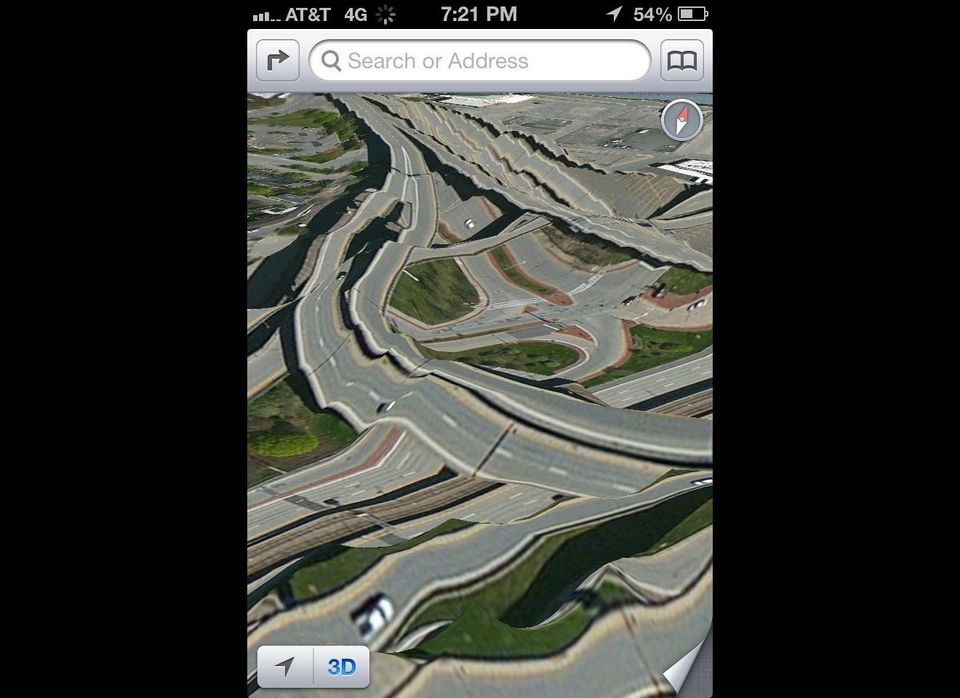