"In its latest ad, with an 'if you can't beat em, join 'em' message, Apple isn't carving aspirational ground, it's caving to people's vices," Jennifer Rooney declares. She's talking about "Misunderstood," the Apple Christmas commercial that's become a kind of Rorschach test: Everyone seems to find their own moral from it. If you haven't seen it, here it is:

It focuses on a teenage boy who's going with his family to the grandparents' house (they live just outside Thornton Wildertown, near Walden Pond, by the looks of things) for Christmas.

Families gather, cousins go skating, snowmen are built, the tree is decorated, dinner made -- and the teen seems focused on his phone. Then, on Christmas Day, he plays the video he's been shooting. He hasn't been disengaged; he's been watching the whole time. You can even watch "Harris Family Holiday" (hereafter "HFH") for yourself.

Some people quite like it: The Verge, for example, thought it was charming; Entertainment Weekly called it a "merry little cry." Emma Mustich describes it as a "completely beautiful surprise."

Rooney's objection is that "while he was creating, he wasn't really living the day, he was a mere voyeur during it." That "life is better through video. Don't live life, tape it." Gizmodo saw it as fundamentally antisocial, too.

"He's not letting anything come between him and his iPhone, not even the memories he cares enough about to record," Brian Barrett writes. "He's experiencing the holidays at an anthropological remove." (By the way, when did "anthropological" become an epithet? Aren't anthropologists some of the most astute observers around? Isn't this like as insulting as calling an athlete "ninja-like"?)

But I'm not so sure.

I saw the exact opposite of an equally controversial advertisement: the Facebook Home ad, in which a young woman escapes the droning tedium of Thanksgiving with her family by vicariously enjoying the lives of her much cooler, kite-surfing, nightclubbing friends.

"Misunderstood," in contrast, doesn't celebrate technology's ability to let us escape from boring family events. It shows how we might use it to participate.

Maybe I've watched too many Akira Kurosawa movies, and so I assume that complicated backstories can be revealed in just a few seconds (watch Seven Samurai to see how he was the master of revealing a whole village's life histories in an amazingly sparse manner). But while I'm sure the Apple ad wizards want us to assume that the teen could be any kid with an iPhone, the ad raised all kinds of questions for me. What if the kid is on the autism spectrum, or extremely shy (notice he never speaks, and rarely makes eye contact)? What if he's an exchange student? Thirty years earlier, would he have done the same thing with a Betamax camcorder (you can image Spielberg at a family gathering acting like this)?

This last came to mind because "HFH" is actually really good. It's not just the work of a teen playing around: It's the work of someone who spends plenty of time watching people, and who had a good eye for the little scenes and artifacts and vignettes that capture a mood and will hold a viewer's attention. In other words, it's not the equivalent of two minutes of selfies. (And indeed people have argued about whether photography makes you more engaged with the world, or creates a distance from it.)

In other words, I see this kid and I don't see an ordinary tech-absorbed slacker. I come away with the sense that there's a backstory here, which makes me less willing to project my own anxieties about kids today with their damn smartphones onto it.

Further, as Jason Morehead observes in Patheos, "I'm not so sure that someone making a video like this teen's is quite as detached" as critics think. The video backs this up. It has tons of action shots: Clearly the kid is sledding with his cousins, watching the little ones, noticing little moments of affection and goofiness -- he's not always off to the side, and he's certainly not staying inside, blasting the latest from Norwegian death metal rappers Maülhammer and playing GTA V while everyone else is out being human. In this respect, the ad cheats a little -- you have to see "HFH" to realize that the original commercial has obscured his participation.

Finally, I sympathized with the kid because I do something like this myself. At events at my kids' school, I often bring my good camera and take lots of pictures. Of course I help put up tents or serve soup or what have you -- I sign up for real jobs -- but at some point I usually grab the XE-1 and go wandering. 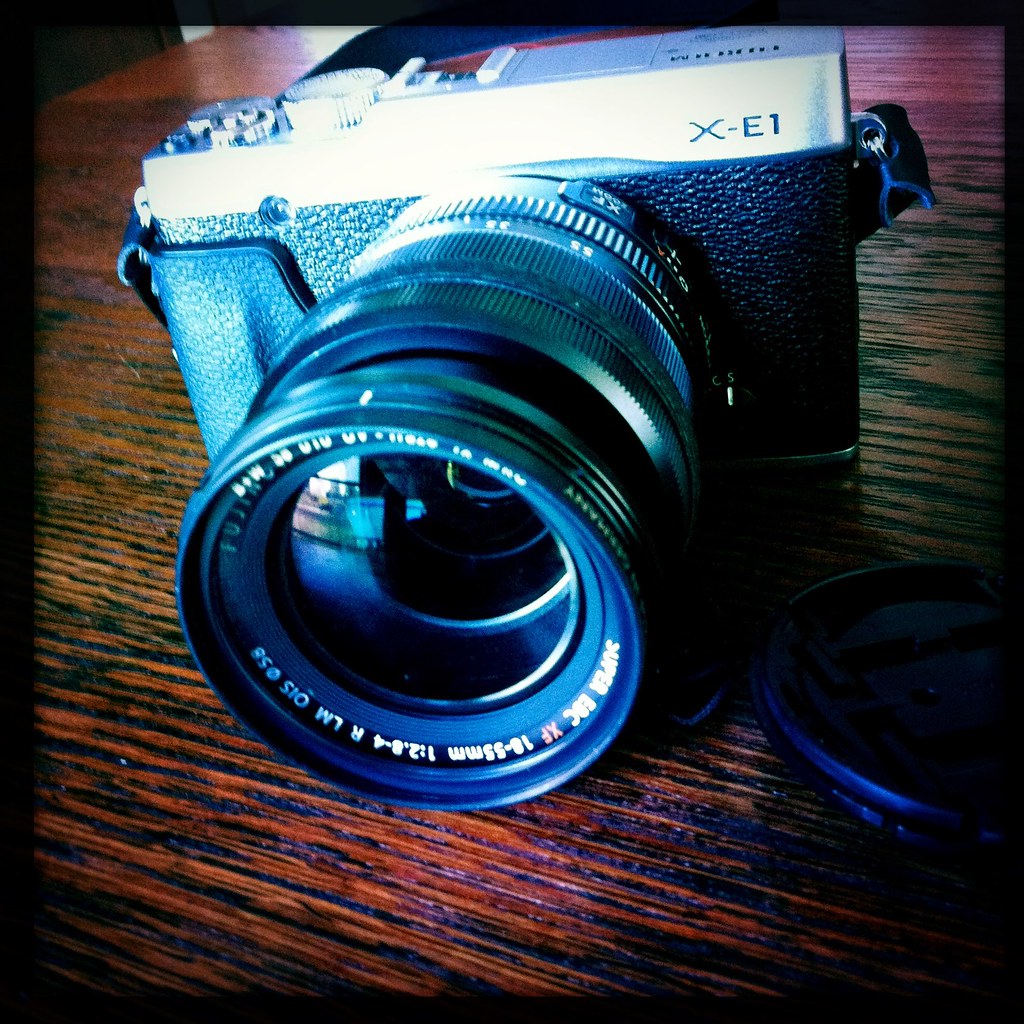 People by now either appreciate it or put up with it. It means that we have a far better record of school events than we used to. I like providing for the collective memory: Lots of the pictures are now in school publications, brochures, fundraising letters, and so on. 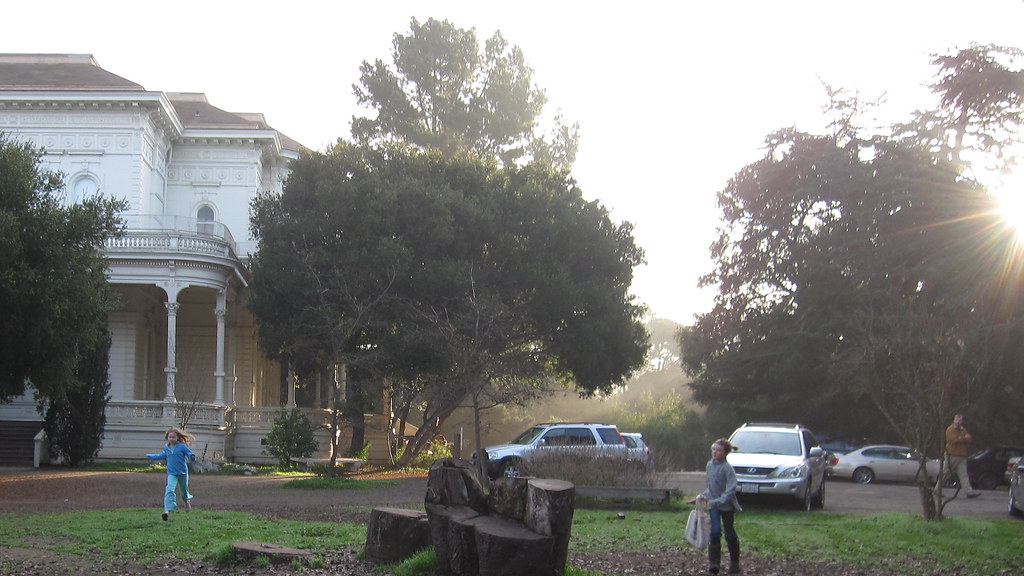 But it also gives me an excuse to both wander around and watch people, while also providing a little buffer from socializing too much. 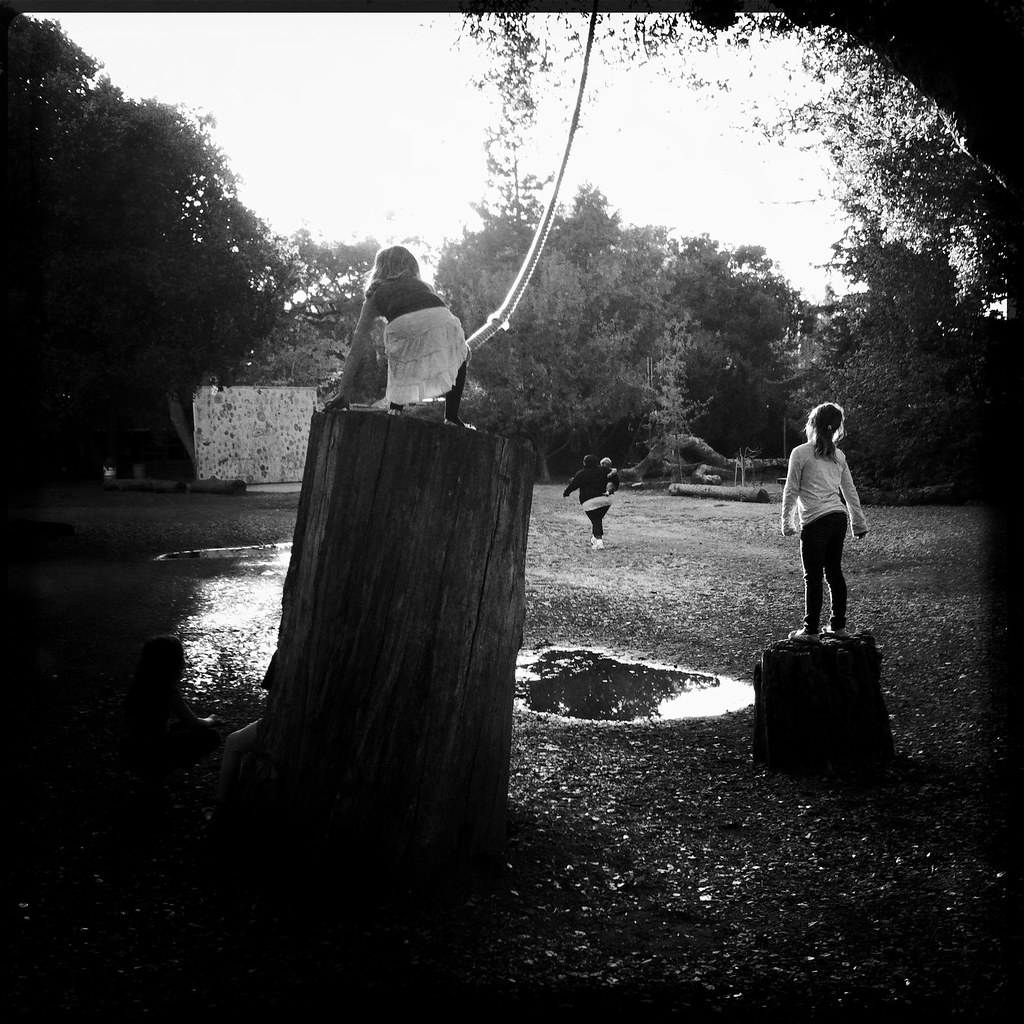 In a school full of business development and VC parents who never really turn it off, being able to take pictures lets me be involved and useful on my terms.

Maybe I don't wonder about the "Misunderstood" teen's backstory that much, after all.