Every week the numerous blogs covering the machinations of the Apple empire float tons of unconfirmed rumors, futuristic speculation and questionably-sourced reports on what the company might be unveiling in the near or distant future. Let's take a look back at what the Mac blogs were excited about during the week of December 18 - 24. Check out last week's Apple rumors here, and for all the latest, follow me on Twitter here. 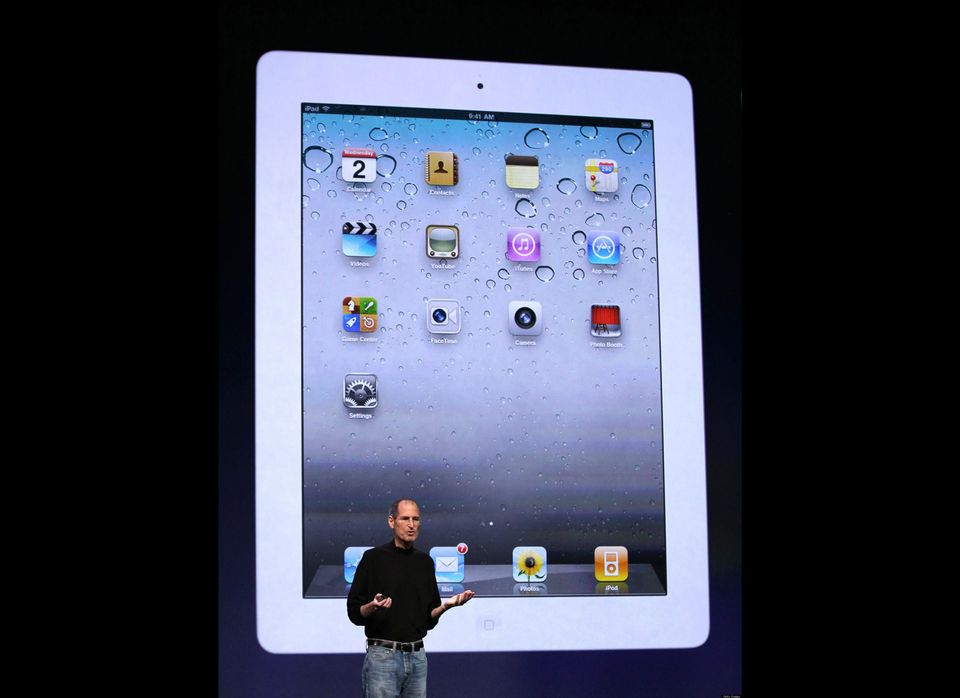 1 / 6
Apple Is Planning To Release The iPad 3 On February 23 For Steve Jobs' Birthday!
We start <strong>This Week In Apple Rumors</strong> with a bit of hearsay that numerologists, conspiracy theorists, overeager consumers and overly credulous Apple-watchers alike can all rally around: According to Chinese-language newspaper, the Economic Daily News, Apple is rushing production of its iPad 3 in the hopes of releasing it on February 23, aka just in time for Steve Jobs' birthday. <a href="http://focustaiwan.tw/ShowNews/WebNews_Detail.aspx?ID=201112230031&Type=aTOD" target="_hplink">Focus Taiwan reported on</a> the Economic Daily News rumor in English, writing that the tiny Chinese daily cites "sources close to the Taiwanese makers of the iPad 3" and says that iPad 3 factories will need to work "through the Lunar New Year holiday to meet the delivery deadline." From the Economic Daily News, <a href="http://focustaiwan.tw/ShowNews/WebNews_Detail.aspx?ID=201112230031&Type=aTOD" target="_hplink">as translated by Focus Taiwan</a>: To meet the iPad3 delivery date, the sources said, main assembler Hon Hai Precision Industry's iPad division will only allow its employees to take five days off during the Lunar New Year holiday, while staff at the company's other divisions will have a longer holiday. Casing producer Catcher Technology said that at least some of its employees will have to work overtime during the Lunar New Year holiday. Man, that would be awful if an employee had to work through the holidays just to satisfy the insatiable thirst of the Apple masses! ::grumblegrumblegrumblegrumble:: Anywho: Though the idea of launching a product for Steve Jobs' birthday seems overly sentimental for a company that <a href="https://www.huffpost.com/entry/rip-steve-jobs-mourning-apple-ceo-new-york-city_n_997549" target="_hplink">maintained a business-as-usual air</a> on the eve of its iconic co-founder's death, February 24 does align with the release dates of past iPads. The first iPad came out in early April 2010 (missing a late March target), and the iPad 2 followed on March 11, 2011. Rumors from the past month have put the iPad 3 on the path for a release somewhere between February and March 2012. If you're a regular reader of This Week in Apple Rumors, you know that last week's <a href="https://www.huffpost.com/entry/this-week-in-apple-rumors_n_1156589" target="_hplink">big gossip was that the iPad 3</a> would be totally redesigned. This speculation was based on a leaked picture of an internal component from China. Two big rumors from this week, however, have to do with a totally different kind of iPad redesign... Can you say 'Shrink Ray'? CORRECTION: A previous version of this article indicated that Steve Jobs' birthday was February 23. It is February 24; the purported release date of the iPad 3 would be the day before Steve Jobs' birthday, but would still be in honor of the former Apple CEO.
Getty Images