SYDNEY (Reuters) - Apple Inc and Samsung Electronics Co began the latest round of their long-running global patent war on Monday as an Australian judge started hearing evidence for an anticipated three-month long trial.

Apple and Samsung have been locked in an acrimonious battle across 10 countries involving smartphones and tablets since April 2011, with the Cupertino, California-based company filing a suit in Australia saying the touch-screen technology used in Samsung's new Galaxy 10.1 tablet violates Apple patents.

The quarrel has triggered expectations that some of the pair's $5 billion-plus relationship may be up for grabs. Samsung counts Apple as its biggest customer and makes parts central to Apple's mobile devices.

While any decision in the Australian case is unlikely to have a substantial impact in other jurisdictions like Europe or the United States where the technology giants are also suing each other, the trial proceedings could reshape the legal strategies employed by Apple and Samsung in other countries, lawyers say.

Mark Summerfield, a patent lawyer and senior associate with Melbourne-based law firm Watermark, said "there's no doubt there's a strategic and psychological effect" attached to the Australian case. "Courts in other countries will watch what is happening here," he said.

Apple and Samsung representatives declined to comment on Monday at the hearing.

The Australian case arose in April 2011 when Apple said Samsung copied the design of some of its tablet and smart phone devices. Samsung has since launched a counterclaim in Australia alleging that Apple infringed a number of South Korean technology firm's data-transmission patents.

The lawsuits from both companies are being heard as one case in the Australian federal court.

Samsung won an early round of the Australian litigation when it succeeded in overturning an injunction on the sale of its Galaxy 10.1 tablet in Australia just before Christmas last year.

But Apple won a heavyweight U.S. round when a judge banned the sale of both Samsung's Galaxy 10.1 tablet and the Galaxy Nexus phone ahead of a formal trial there. Patent cases are also pending in Britain and Germany.

Summerfield said that unless the two companies come to a global settlement, the Australian case is likely to run until well into 2014 as an appeal to any ruling at the end of the current trial "is a 100 percent certainty." 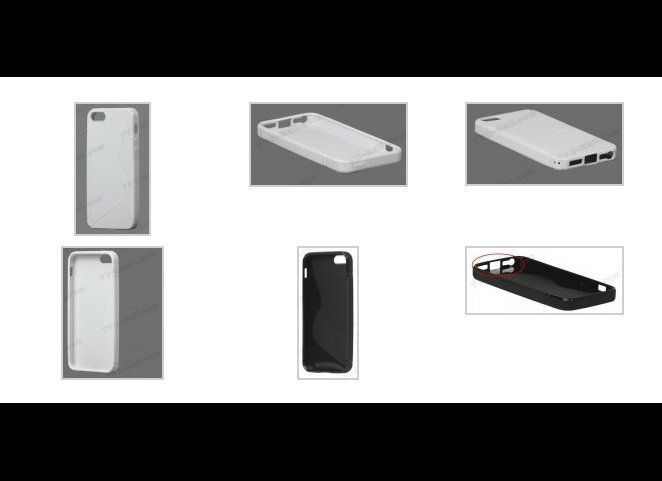 1 / 5
Would You Just Look At All Of These iPhone 5 Cases?
This week's biggest Apple rumors were all about CASES! Sexy and you know it, supposed iPhone 5 cases <a href="http://cydiablog.com/new-iphone-5-tpu-case-6th-generation/" target="_hplink">kept popping up like dandelions</a> this week, perhaps giving us a hint about the specifications of the next iPhone (because case manufacturers -- mostly based in China -- pay for what is supposedly inside information from Apple's supply chain about the size and build of upcoming gadgets, so that they can get a headstart on designing cases and be ready for bulk sales when the device is unveiled). Girl look at these cases: <a href="http://www.tvc-mall.com/details/S-Shape-TPU-Gel-Case-Cover-for-iPhone-5-Black-IPHONE5-601A/" target="_hplink">Available at Chinese parts supplier TVC-mall</a>, the cases line up with what we've seen <a href="https://www.huffpost.com/entry/iphone-5-photos-ipad-mini-leaks-apple-rumors_n_1671809" target="_hplink">from alleged iPhone leaks</a> over the past several weeks: A taller, thinner device, with the headphone jack moved to the bottom and a much smaller dock connector. The device is said to be getting taller, of course, to accommodate a bigger screen, which will supposedly come in at about 4.0-inches diagonally. Case-makers are not infallible, of course. For example, on September 15, 2011, about a month before the iPhone 4S was unveiled, Boy Genius Report <a href="http://www.bgr.com/2011/09/15/iphone-5-to-have-radical-new-design-according-to-case-mate-images/" target="_hplink">posted an article</a> with the headline "iPhone 5 to have radical new design according to Case-Mate images," complete with slideshow of these images. Apple 1, case-makers 0. Let's see if case-makers can even the score this year.
9to5Mac, via TVC-Mall