Apple shareholders were all McKayla Maroney about the new iPhones, the 5C and 5S, introduced on Tuesday: not impressed.

As you can see from the chart below, courtesy of Yahoo Finance, Apple's stock price started bouncing around nervously as Apple executives began introducing the new products at around 1:00 p.m. Eastern time on Tuesday. But for the most part, the stock stayed fairly boringly lower.

Near the end of the event, however, a little after 2:00 p.m., the MEHstival turned uglier, and the stock fell 1.5 percent -- inspiring Business Insider to tweet that the stock was CRASHING. At its worst, the stock was down 3 percent, before recovering a little to a 2 percent decline, still snugly below the $500 share price that Wall Street's round-number fans find so important. (Story continues after chart.) 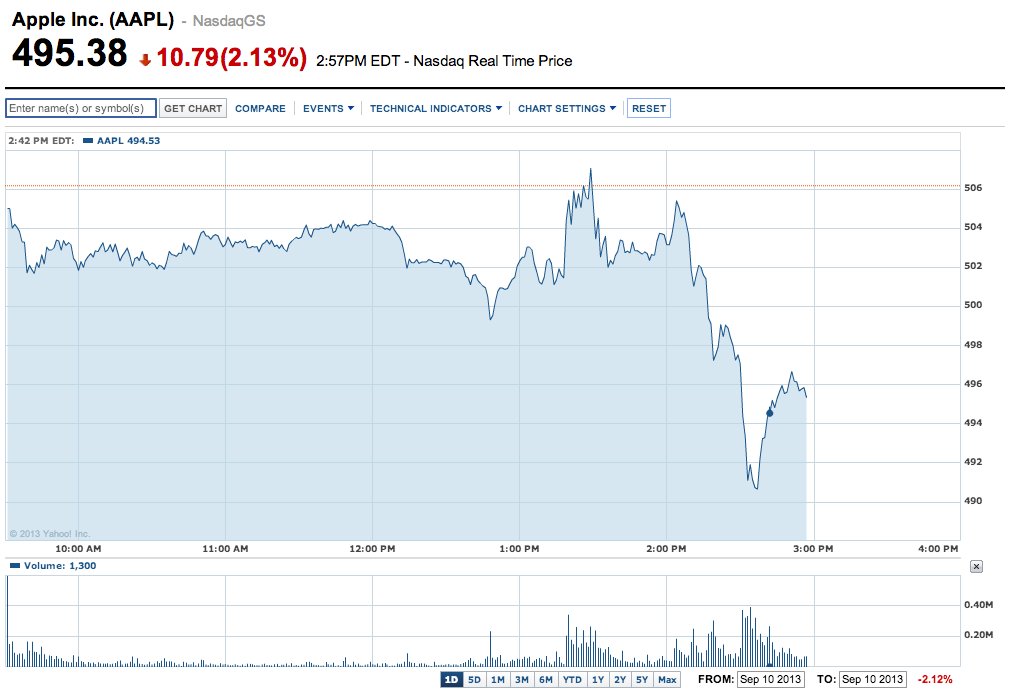 Shareholders were reportedly worried that the low-priced iPhone 5C was not quite low-priced enough to bring Apple a whole lot of new revenue. So that's one reason the stock might have fallen.

Mostly, though, the stock action is probably just standard Wall Street behavior: People buy stock in the days ahead of a well-telegraphed news event like an iPhone release, and then sell on the day of the event. Few things on earth are as slobberingly hyped as an Apple new-gadget release, so the buy-rumor/sell-news approach is child's play for hedge funds, who typically lurve them some Apple stock.

Update: Apple continued to tumble on Wednesday morning, but in even crash-ier fashion. About an hour into the trading day, the stock was down nearly 6 percent to about $466 a share, in what CNNMoney termed an "iPhlop."

More news from Apple's big event:
-iApple Announces Its New Flagship Phone With The iPhone 5s
-Your iPhone Is About To Get A Huge Makeover With iOS 7
-Apple's Cheap iPhone 5c Is Here, And It Comes In Candy Colors
-Apple Announces iTunes Radio, Which Could Be A Pandora Killer 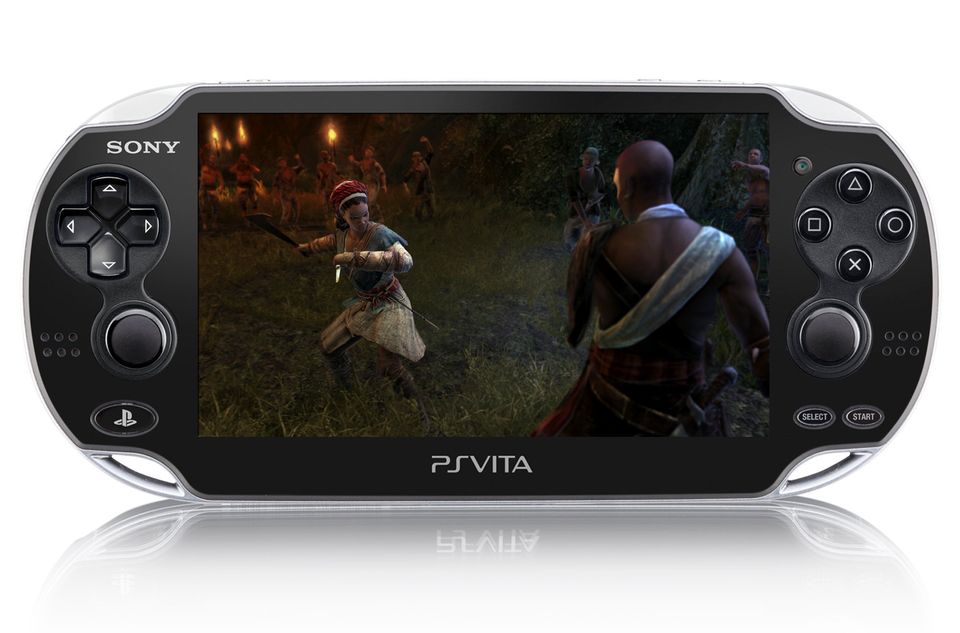 1 / 8
8. PlayStation Vita
<strong>Company: </strong>Sony Released first in Japan in December 2011 and then globally in February 2012, initial sales of the PlayStation Vita were encouraging. By the end of February, the company announced it had sold approximately 1.2 million units, followed by an additional 2 million units of software for the handheld game console. Yet sales quickly declined. From its release date to June 30, just 2.2 million PlayStation Vita units were sold, far less than the 3.6 million units Nintendo 3DS sold in just its first month. Recently, Sony has clumped sales of the Vita and its predecessor, the PSP, together to avoid highlighting embarrassing sales figures. Frequent complaints about the Vita were that the $300 price tag was too expensive and that its game lineup was both weak and small, especially given the availability of cheaper gaming through smartphones and tablets. Read more at <a href="http://247wallst.com/2012/12/21/the-worst-product-flops-of-2012/#ixzz2FiQkMg8E">24/7 Wall St.</a>
AP