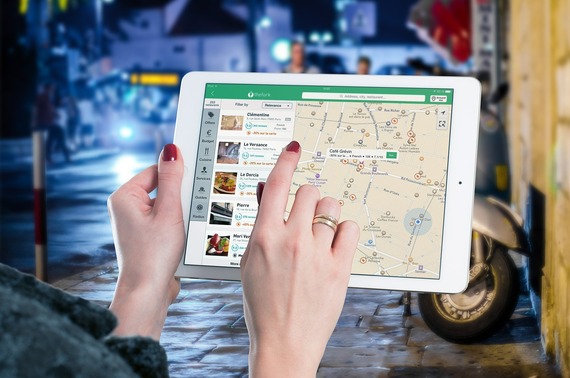 When it comes to phones and tablets, there are die-hard Apple users and those who swear by Android. But do their differing tastes in technology influence other parts of their lives? To find out, hotel search trivago.com analyzed travel differences between Apple and Android users in the U.S. who have searched for hotels via the trivago app over the past year.

On average, an American Apple user is willing to spend $32 more per night on accommodation than an Android user. The average price selected by travelers using iPhones and iPads is $166 per night. For Android users, the average price for a searched hotel is $134 per night, a difference of 24%. 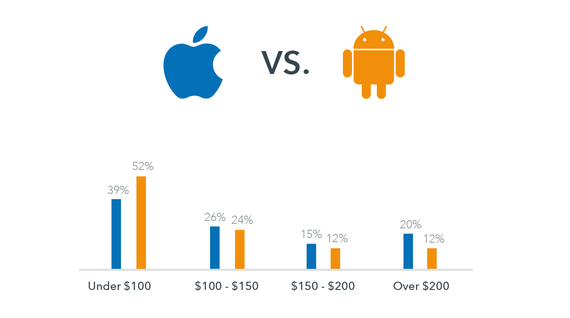 Finding a bargain is a priority for Android users, with 52% selecting hotels costing less than $100 per night, compared to just 39% for those with iOS devices. Meanwhile, Americans with Apple products are willing to fork over much more for a hotel, with 20% of iOS users selecting rooms between $200 and $250 per night, compared to 12% of Android users.

While 40% of both Apple and Android users first select three star properties when searching for hotels, their second most popular choice for accommodation is quite different. 29% of Android users opt for two star properties after first searching for a three star hotel, while 36% of Apple users favor hotels with four and five stars. Not only are Apple users more apt to search for high-end properties, but they also prefer hotels with an average guest rating of 80%, compared to a 78% rating for Android users.

At first glance, the Top 10 destination breakdown below for both Apple and Android users looks very similar, but there are several noteworthy differences. 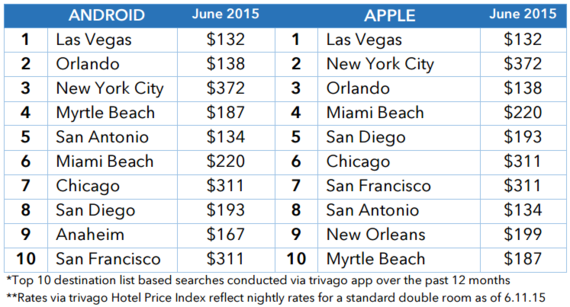 While Android users prefer Anaheim, California (Disneyland), Apple users head to New Orleans (Mardi Gras). And when it comes to beaches, budget-friendly Myrtle Beach may be top-of-mind for Android users (#4), but the Southern summer getaway barely makes the cut with Apple owners (#10).