I guess you can say I've been lucky. In all the years I've owned an iPhone, I've never had a single problem after updating to the latest IOS. I've heard rumblings about bugs and the like, but never experienced any of the issues, firsthand. So much for luck.

Let's be perfectly clear: IOS 9 is The Devil.

Certainly, with any update in the tech world, there are always going to be problems, but Apple's latest offering is apparently packed with so many potentially disastrous side effects, it may be the worst OS launch, ever. Issues, from which, your phone may never quite recover.

From the myriad of issues being reported by other iPhone users, on both 9.0.1 and 9.0.2, to the fact that they're making it impossible to revert back to your old OS.

Not to mention, for the first time in recorded history, not only have I fallen prey to a few bugs, myself, I've personally encountered ones that aren't even being reported online. Bugs that are apparently unique to my phone, only. It's almost as if the Tech Gods are paying me back in spades for all those years I laughed at everyone else.

Within seconds of my attempt to upgrade to 9.0.1, Siri coincidentally "crashed" and wouldn't come back, no matter what i tried. Taking with it my ability to use voice text. As fun as that was, it was even more entertaining to search "MOM" on my contacts list, hit dial, and call "ERIC HOME." There were so many things wrong, I wouldn't have been surprised if I went to use the microwave and it exploded.

The piece de resistance in all of this was the phone's swipe feature randomly deciding to quit while on the lock screen, forcing me to do a hard reset.

After exhausting all support options, I made the dreaded pilgrimage to the local Apple Store hoping, with all the other lost souls, to be saved by a certified Genius. Turns out, my genius couldn't even form a complete sentence without saying "Uh" at least twice, and it definitely seemed, if not for Apple, he'd be working at Quiznos. So, you can imagine how that went.

Keep in mind, this was after upgrading to 9.0.2, the update that was supposed to fix the numerous issues caused by IOS 9.0.1.

The good news is, they gave me a new iPhone (apparently, there was so much damage done it warranted a full replacement). The bad news is, I'm now experiencing issues with my new iPhone6 running 9.0.2.

Fun stuff like the aforementioned selecting one person but dialing another - it's kind of embarrassing having to make up a reason why you're calling someone you haven't spoken to in years -, seeing the reply box disappear from text messages, photo albums that magically disappear, and, my personal favorite, songs in my iTunes playlist cutting out halfway through for no reason, whatsoever.

I'm not sure what the brainiacs at Apple do to prepare for a launch of this type, but considering they have some of the sharpest minds in the galaxy working on this stuff, you'd think they would've tested it on a few bored housewives and unemployed musicians before unleashing a digital plague of this magnitude on their loyal subjects.

Given this is the second time they've tried to fix the bugs, and it's still not working, will there ever be a time in which your newly updated iPhone will work properly? Or, are we just supposed to "live with it," like a wounded war veteran with a limp, always to be reminded of the dreaded day we decided to trust the big Apple in the sky each time we try to dial MOM and end up ordering a pizza? 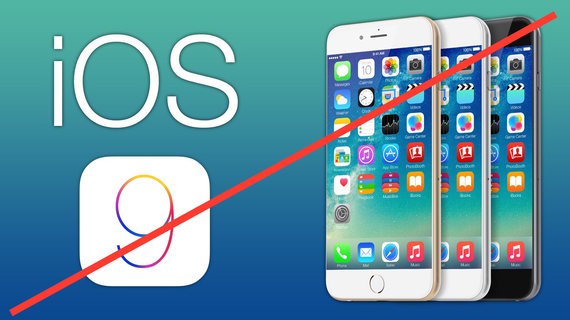