Imagine a bookstore in nearly one billion pockets and purses.

During the live demo event of Apple's unveiling of their new iOS 8 operating system on June 3, Apple made a passing reference to a slide of "iOS 8 features we didn't have time to talk about." 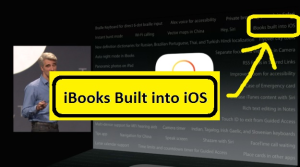 Buried in the fine print but photographed by bloggers was an ebook retailing bombshell: iBooks will come pre-installed on iOS 8.

The iBooks app is Apple's ebook store containing over 2 million books (my ebook distribution company, Smashwords, supplies over 250,000 of these books).

This is a game-changer for ebook retailing, a big win for authors, the most significant counter yet to Amazon's hegemony over ebooks, and a boost to book culture because it'll make more low-cost ebooks more accessible to more readers than ever before.

There are currently over 800 million devices (iPhone, iPod touch, iPad) running current and prior versions of Apple's iOS. 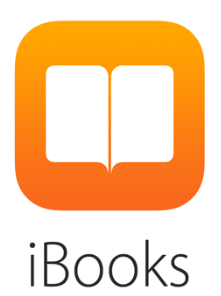 Prior to iOS 8, readers who wanted to shop the iBooks store were forced to click to the Apple App store, search for the iBooks app, sign in with their email address and password, and then install it.

The absence of a pre-installed app created an inconvenience for readers, which explains why only a fraction of Apple's customer base today has installed the iBooks app. Despite this extra step, Apple's iBooks store has been enormously successful since its launch four years ago. With stores in 51 countries, iBooks has grown to become the world's second largest global seller of ebooks.

Apple's move will place ebooks just one click away from being discovered, sampled and purchased by nearly a billion readers.

How can indie authors and publishers make the most of this new development?

An earlier, longer version of this post can be found at the Smashwords blog.