If you're currently a high school senior, chances are your life has turned into stacks of colorful college brochures, scribbled pros-and-cons lists and books about applying to college, all piled so high around you that you're wondering where the light at the end of the tunnel went. Let's admit it -- you just started the college application process, and you already want it to end! Not only do you have to finalize your list of ever-growing colleges, but you also have to decide if you want to apply early decision to one of them.

Good Reasons to Apply to a College Early Decision

All those books, brochures, online comparisons and college visits may seem tedious at first, but they definitely pay off in the end! You want to know as much as you can about the colleges you apply to so that you can make an informed decision. If you've done your research well, you will have a much better idea of which school you love enough to apply early decision to.

"I am a huge believer of early decision for students who have done their college planning early enough to have visited enough colleges that they feel secure in making that choice," says Judi Robinovitz, a certified educational planner.

Robinovitz suggests spending a quality day on campus, attending classes, meeting with students and faculty and even participating in a college-sponsored overnight preview program if possible. You should remember to check out the academic life, social life, recreational life, surrounding community and transportation as well. "It's much more hands-on research, being on campus," Robinovitz says. "You should visit enough schools, a half a dozen schools or whatever is appropriate for that student ... depending on how far in advance you start, how well you plan and also budgetary constraints, ... to be able to say that this is the place I feel perfectly content." If, after you have done extensive research, you still believe that a college is perfect for you, applying early decision may be in your best interest.

Doing your research ahead of time also allows you to have a back-up plan. "I applied early decision to a school and was deferred, so I still sent in more applications as I waited to hear back from the first school I applied to," says Her Campus Contributing Writer Allie Sutherland, a junior at Syracuse University. "Always start on other applications, because nothing is worse than getting an unexpected rejection or deferral in mid-December from your first choice school and having only two weeks to put together all your other applications from scratch." So start reading those books, searching the web and going on as many college visits as you can!

2. You just know that a college is the one.

Sometimes you will just know that a college is the college for you. "It's like, how do you know when you're dating? You've had a bunch of boyfriends growing up," Robinovitz says. "How do you know when suddenly this is the one? Something just feels right." If one college just feels right to you, count yourself and your dream college lucky and get that early decision application in the mail! "You should apply early decision if one college truly steals your heart and you're willing to make the commitment to that college that if you get in, you will go," Robinovitz says. "It absolutely does improve your chances [of being accepted]."

Her Campus Contributing Writer Christina Madsen, who is now a senior at Barnard, is really glad she applied early decision. "I knew as a legacy, my chances of getting in would be better, and as a native New Yorker I knew I wanted to stay in the city and that I thought I would be really happy at Barnard," Christina says. "I got in, so I was really happy with my decision.”

3. You want to increase your chances of getting admitted to your dream school.

So you've done extensive research and you have your schools ranked top to bottom. What next? If you want to maximize your chances of getting into your dream school, applying early decision or early action is a good idea because it can often noticeably increase your chances of getting accepted. "Both early action and early decision tend to improve a candidate's chances for admission, early decision much more so than early action, because all one has to do is look at the figures for students accepted early versus accepted regular and, with very few exceptions, the percentage accepted early is significantly higher than the percentage accepted regular," Robinovitz says.

For example, the early acceptance rate for Princeton in 2013 was 18.3 percent, compared to their 5.44 percent regular deadline acceptance rate. The other Ivy League schools reflect the same trend. "While it's true that the applicant pool does appear to be stronger earlier because they tend to be kids from high schools with better guidance, or kids who have the means to hire private counselors, that stronger pool would not account for the vast differences in acceptance rates early versus regular," Robinovitz says. It’s advantageous for college admissions departments to accept more ED applicants because they know that the admitted ED students will definitely attend, and the admissions departments are therefore better able to shape the class very early on in the process.

4. You already have a strong application.

If you're looking at your application and you see top-notch grades, high involvement in your extracurriculars and very high SAT or ACT scores, it might be a good idea to apply early decision to your top college to avoid competing with the regular applicant pool.

It can be really tempting to give yourself extra time to improve your grades and scores even further during senior year. This is a good idea if your dream college only admits or denies ED applicants without a chance for deferral, because you only get one shot at getting admitted. However, Robinovitz believes that the wait may not be necessary for a lot of colleges that do defer ED applicants.

"My feeling is that you should not wait for better scores, because let's say you're applying early and your grades are a little shy of what your college typically looks for,” she says. “One of three things is likely to happen: You may surprise yourself and get accepted. You may get outright rejected; the college looks at you and goes, 'even if you had straight A's, even if you had a 200-point SAT gain, we still would not accept you because it's just not enough for us.' Or they may just defer any action on your application until later in the year when they're evaluating the rest of the applicant pool, giving you the opportunity to get in your better grades or higher test scores."

Let's be honest -- if you get deferred, it's not going to be fun being stuck in limbo. But it certainly isn't the worst thing that can happen. Getting placed into the regular applicant pool to be considered for regular decision means getting a second chance, and that's a rare opportunity to come by!

Click here to read the full story on HerCampus.com.

Applying Early Decision: 5 Good (And 4 Bad) Reasons To Do It
20 Things Not To Worry About Before You Turn 20 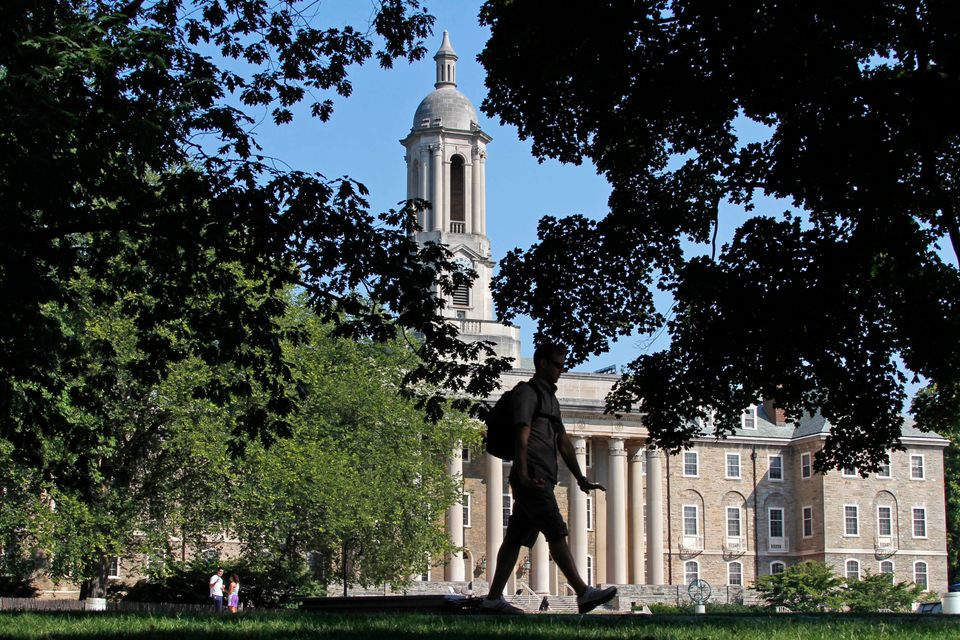