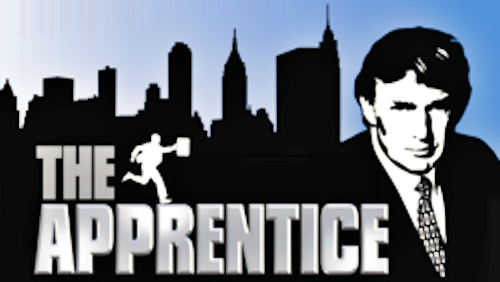 The time has come to start looking seriously at what a Trump presidency would entail. The surprise: when you poke beneath the surface it may not be anything like what we expect.

The President does not govern alone. Just like two hundred years ago when life in Washington was much simpler, the vast workings of the government apparatus are run by civil servants -- thousands of civil servants. Those folks will remain. They will continue to do their jobs. Most of the "government" will just keep on trucking. 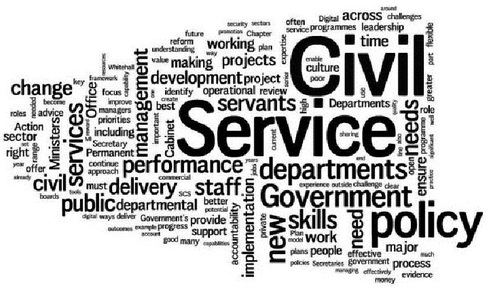 The President sets policy and tone. The President makes speeches and through his personal involvement indicates priorities. BUT, it is the President's political appointees who need to carry that messaging to the civil service rank and file. And, here is the rub  --  President Donald is going to have a very hard time filling those political appointments. The troops will go on doing their "thing" because there will be no new political layer above them to influence change.

President Donald has two key problems in getting his political appointees: 1) suitable candidates and 2) Congressional approval. There are few qualified prospects for Cabinet and sub-Cabinet jobs who are willing to work for "President Narcissist" who makes no errors, lives on soundbites, and sets impossible goals for those around him. Those who pass that gauntlet must then survive a hostile confirmation process from a Congress which will be dominated by anti-Trump politicians from both sides of the aisle. 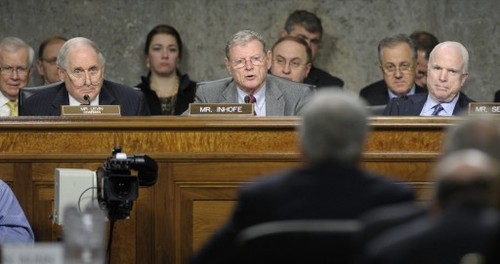 A recent New York Times article highlighted the resistance amongst the qualified to the idea of sharing the presidential ticket with Trump. That resistance is negligible compared with that felt by sitting governors, mayors, congressmen and their ilk who will be asked to subsume their own expansive egos in servitude to the demands of the Donald. President Trump will take 110% of the credit for anything that goes right and promises to send you off with 300% of the blame if anything goes wrong. Always watching out for those fateful words: "you're fired." What an appealing job description. NOT. Which means the actual nominees will be, by definition, either unknown or less than stellar. 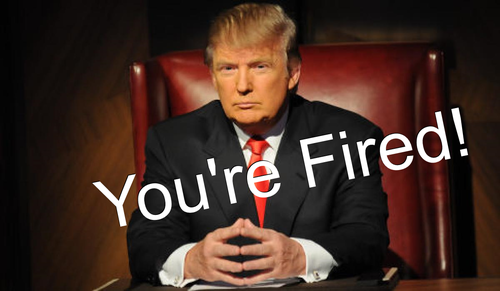 And they will be men (or at least self-identified gender category: man). The Donald makes it very difficult for a female to agree to work for him -- and maintain her self-respect. Unless, in the not yet seen pivot, the Donald announces that Megan Kelly will be his Chief of Staff. When the only prominent female willing to speak up for the Donald is his daughter, presidential events in the USA will start to resemble those in North Korea  --  endless unnamed men in black suits all glorifying a leader with bad hair.

It then becomes the job of the Congress to screen and approve the nominees. 2017 is shaping up to be the year when for the first time EVER Congress will reject the vast majority of the nominees sent its way. Remember we have precedent, there is this judge named Garland ... Hearings will focus on both qualifications and how the nominee proposes to deal with the demands of the Donald. How will the nominee balance the powers lawfully vested in her/his proposed office with the "it's all me all the time" focus of a President Trump? When the phone rings in the middle of the night (or more likely when the President decides to tweet instructions in the middle of the night) how will the nominee respond?

In another first, America will find these hearings spellbinding. C-SPAN will have a shot, for a while at least, of winning the ratings game. NOW and its ilk will be out in force at every hearing -- complaining about the lack of women appointees, and thereby assuring the hearings of the daytime TV audience. President the Donald will brag about the strength of the ratings while at the same time complaining that the media "is not doing its job"  --  after all the focus is supposed to be on the Donald not on his minions.

The priority of the 115th Congress (the one that starts next year) will be to fix the mess that gave us President Donald. This will be the one task that Democrats and Republicans alike will agree upon. For the sake of making the possibility of a repeat performance impossible, differences will be put aside and reform will pass. It will need a two-thirds vote to survive the Donald's veto, so it will be bi-partisan. That experience may give rise to further pro-the-Donald versus anti-the Donald coalitions. Paul Ryan may invite Nancy Pelosi to be the majority leader of the new "America First" coalition. Our government will look more and more like England's every day.

President the Donald will be a ferociously active monarch. Appearing everywhere. Taking credit for everything. But, as in any constitutional monarchy, able to get next to nothing done. Subtlety is not the Donald's way. We should not be surprised if he tries to hire ex-King Juan Carlos of Spain to advise him and, in a brilliant PR coup, ex-queen Beatrix of the Netherlands. President the Donald will, of course, reject their advice  --  but remember he only hires "the best."

By contrast to our new monarch, the Government will be busy. Civil servants will be able to do what they are supposed to -- free of political interference since the political appointees normally above them will be absent. Congress will keep finding ways to get two-thirds votes (anything to show up the Donald). Our aging Supreme Court Justices will find new vigor -- they will not take responsibility for dying and allowing the Donald a court seat. 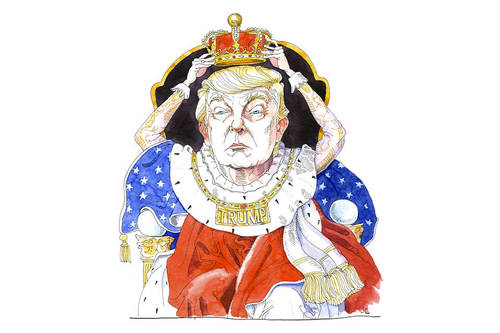 Our fear of President Donald is based on his talk -- his "role playing." If that talk could be put into action .... the prospects horrify. But, the actual prospect of President Donald may not be anywhere near as bad. Our Founding Fathers displayed much wisdom in insisting on a government with checks and balances. Trump's own personality will create the necessary checks -- would YOU agree to work for the man? The appall of the political class will create the balance.

And C-SPAN will rule the ratings. It can sell ads to help raise government revenue. Oh, I forgot, that too was the Donald's idea.