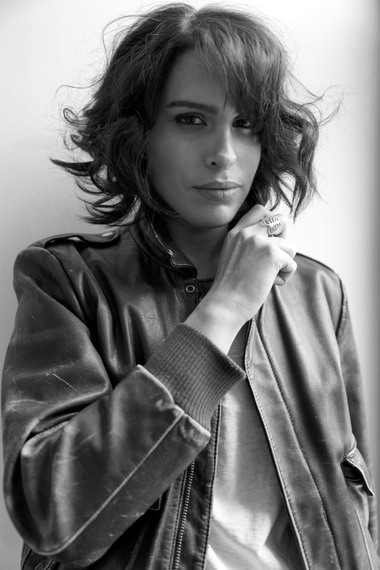 For Shirin, being part of a perfect Persian family isn't easy. Acceptance eludes her from all sides: her family doesn't know she's bisexual, and her ex-girlfriend, Maxine, can't understand why she doesn't tell them. ... Following a family announcement of her brother's betrothal to a parentally approved Iranian prize catch, Shirin embarks on a private rebellion involving a series of pansexual escapades, while trying to decipher what went wrong with Maxine.

It debuted at the 2014 Sundance Film Festival and will be released in cities across the U.S. and made available on iTunes and On Demand Jan. 16. Akhavan was kind enough to make time to sit down with me on the day of her premiere at Lincoln Center. It's safe to say I don't think I've ever laughed this much during an interview. Enjoy.

Phillip M. Miner: You have a bunch of interviews, photo shoots, and your movie's premiere at Lincoln Center. How weird is that?

Desiree Akhavan: You know, it's funny. Since the film was released last year, every two or three months I'll go through a stage of a lot this kind of thing. I think the most intense period was at the London Film Festival in October, and I had a full week of back-to-back press. I would sit in a hotel room like a whore, and one after another they would come in the room. It was really intense. I went insane after a while.

PM: So I guess let's begin our 30-minute interview where I'll probably ask the same questions.

DA: Ben. The dorky R.A. can go fuck himself.

PM: Agreed. I bet I'm the only interviewer who asked you that. Moving right along: Was it a challenge to take writing something like The Slope and move to writing a feature film?

DA: It was the next step. I was ready for it. The Slope was absurd and worked really well for a 5-minute Web series. For a film, the scope and performance had to feel different. Even though Shirin in this film is a bit of a caricature, she's much more grounded than the Desiree and Ingrid characters in The Slope. 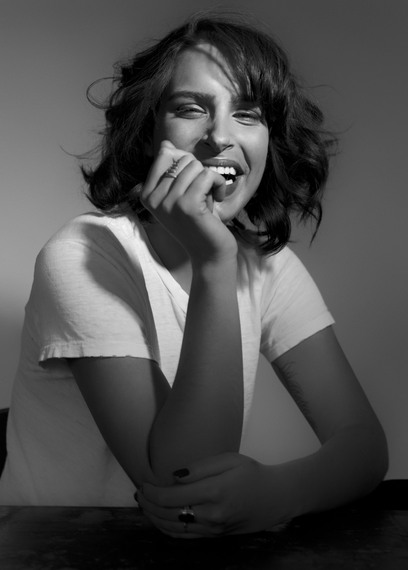 PM: Did you have consider what is acceptable or sellable as a feature film as you wrote?

DA: With a feature film you're taking someone on a journey. The producer of the film and a friend I made in undergrad, Cecilia [Frugiuele], and I spent a year hammering out what we thought worked and then filled in what was missing. For example, the Iranian-family narrative wasn't added to the script until later.

PM: That's surprising, because that stuff is getting this film a lot of attention. It makes you a different kind of girl in New York who doesn't know what she's doing.

DA: Exactly. That's why it's so important to have a collaborator who sees what's special about you and what matters. I don't particularly focus on being Iranian, because when you are a minority you can't view life through that lens constantly or you're going to go crazy. Cecilia can instantly identify what's affecting me in that context. And that's why I needed someone outside of myself to say, "Focus on this or that." It affects the narrative so drastically.

PM: How do you think your film will be received?

DA: I have no idea, and I'm trying not to give a shit. If I focus on people's reactions, I know I'll come out of this feeling like a failure no matter what the response is. Actually, if they don't like it, we can just say they're racist. It's very simple: If you don't like this movie, you're a homophobic racist. I think that's the new tagline. [Laughs.]

DA: Just, you know, keep that in mind.

PM: I'm going to see it! Quit calling me a racist homophobe! You're doing something cool with your release. Can you tell me more about that?

DA: We're doing a day-and-date release, which means the film is being released in theaters in 13 cities and on iTunes and On Demand at the same time. I want people to go to the cinema, but if you're not in one of those 13 cities, the film should be accessible to you too. Why shouldn't someone in the Midwest be able to download one of the two to three critically acclaimed lesbian films that's made a year the day it comes out? I think it's really important to give people the opportunity to pay for content that they care about. Like in any industry, money talks. Where you spend your money is like casting your vote for what you want to see made. It's important that people have the opportunity to let the industry know there's a demand for queer content. 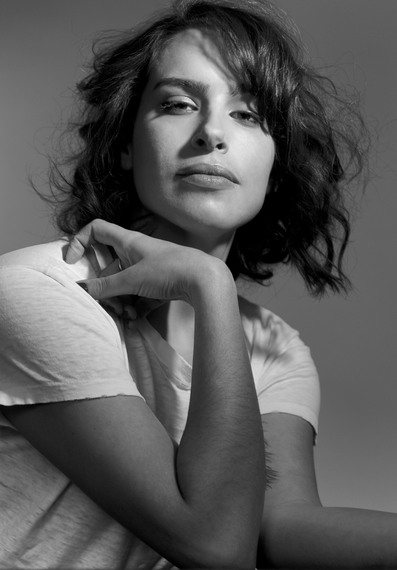 PM: This film isn't just a lesbian film. It's bisexual, which is even rarer.

DA: We live in a world of black and white, and bisexuality is a grey zone. I've always known that I'm capable of loving men and women. I've been in serious relationships with both men and women. My next project is also about a bisexual. I care a lot about talking about bisexuality, because there are few depictions of it.

PM: Why do you think that is?

DA: It's an invisible label. If I'm walking down the street with my girlfriend, then I'm perceived as a lesbian. If I were to be with a man, then I'm straight. There's no bisexual visibility. That might be why people are confused by bisexuality. Maybe there's a perception that it's disingenuous for genitalia to not have an alliance. [Laughs.] People think you can't pin bisexuals down, or they must be lying. I think that's why there's shame surrounding bisexuality. Tila Tequila's our poster child. Even I feel uncomfortable saying the word, which is why I feel I have to keep saying it, and why I'm excited to maybe provide a representation of something more nuanced, something outside of the box, something to add to the conversation.

PM: Talk more about being grey. Do you see that as an opportunity or something where you feel like an outsider?

DA: I think it's both. I've always felt like an outsider, but I don't think I would have made anything of worth if I didn't feel that way. People who make the work I love feel that way as well and use it as an opportunity to start a conversation and make really smart work. The stories I care about are about outsiders and very lonely people. To clarify, I don't think films in their subject matter need to be miserable; I just think the people making them need to be miserable. [Laughs.] I'm an outsider in so many ways. There's so much disrespect to Iranians. Or even being not-thin. Everything about me always feels grey and in the middle. By the nature of being myself and telling my story, everything I make is inherently political, because I'm not the things you see all the time. And that's, you know, why it matters to not stop.

Check out a clip from Appropriate Behavior below:

Click through the slideshow below to see a trailer and stills from the film: 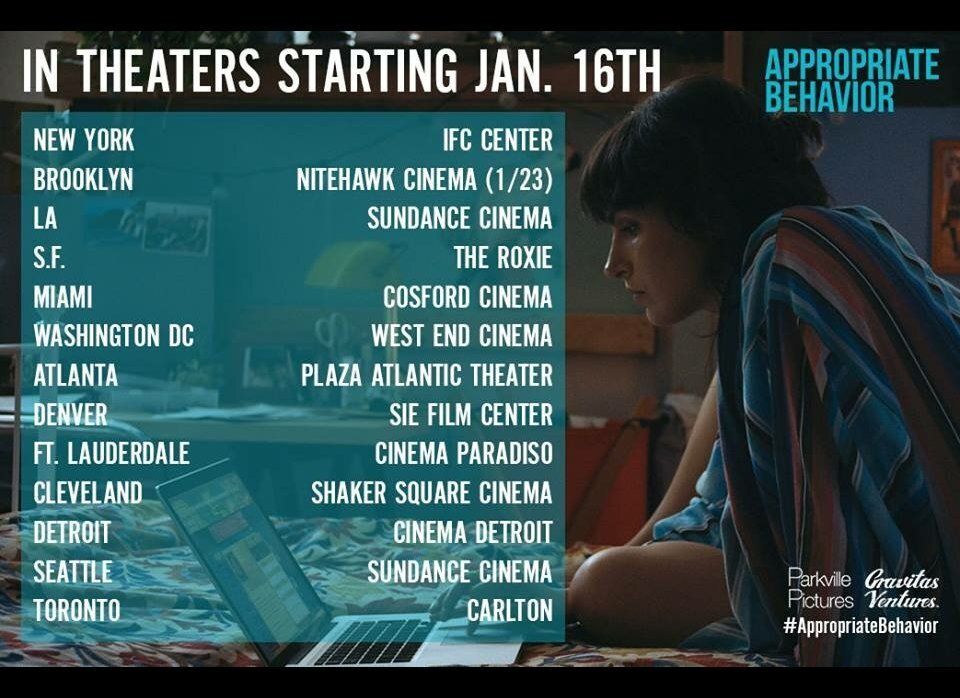