This just in: AUSTERITY DOESN'T WORK!

You can see the trend in payrolls in the figure below, with acceleration toward the end of last year morphing to deceleration over the past few months. After last month's disappointing report, I was careful to point out that "one month does not a trend make" and there are some technical reasons -- mostly seasonal adjustments that haven't caught up with unusually warm weather -- to consider as well. 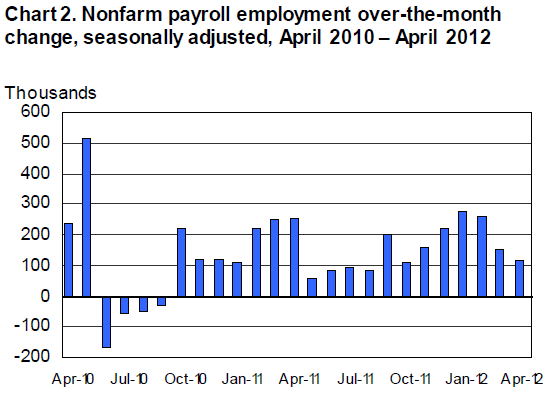 Well, two months doesn't quite a trend make either, but it's getting closer. Average out some of the monthly noise, payrolls are up 176,000 per month over the past three months, compared to 218,000 over the prior three months. So, somewhat of a deceleration on a more reliable quarterly basis. But remember, the 200k trend was just okay -- typically coming out of such a deep trough as was the Great Recession, you'd like to see much bigger monthly numbers than that.

Key points for now with more to come later:

That's the punchline, I'm afraid. Weak labor demand is upon the land, and no one in power seems willing to do anything about it.