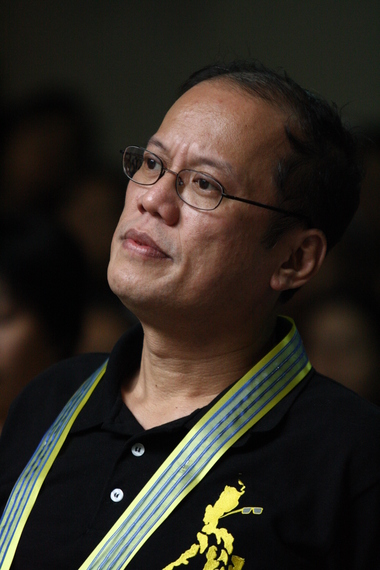 "If voting changed anything, they'd make it illegal," Emma Goldman, one of America's foremost feminists once sardonically remarked. For revolutionaries like her, democratic institutions are programmed to block and frustrate genuine reform at the expense of the ruling establishment.

The Slovenian Philosopher Slavoj Zizek has gone so far as claiming that 'democracy is the enemy' of true reform, since "it is the 'democratic illusion', the acceptance of democratic mechanisms as the only legitimate means of change, which prevents a genuine transformation in capitalist relations."

And yet, every year hundreds of millions of people around the world dedicate countless hours of their precious lives to probing and supporting preferred candidates, braving long queues and a plethora of risks to cast their ballots, even if they know their single votes are just a drop in the ocean or may not even get counted in the end.

This is not, as some Marxists would put it, a product of 'false consciousness' per se, but instead the audacity of hope -- the belief in the promise of peaceful change, for the better, against all odds.

In the case of the Philippines, the past two presidential elections have witnessed historic levels of popular participation and emotionally-charged campaigns, giving birth, most recently, to Rodrigo Duterte, who now enjoys 'super-majority' support in the Philippine Congress and is soon set to appoint the bulk of the country's Supreme Court justices.

Overnight, Duterte has become, as Filipino Sociologist Walden Bello puts it, "the most powerful [president since the fall of] Marcos" dictatorship in 1986. Polls suggest that the outgoing president, Benigno Aquino, is going down in history as the country's most popular and trusted leader yet.

Unlike Duterte, who is yet to gain the trust of the vast majority of the population, Aquino was swept into power on the back of massive outpour of public sympathy and trust. Similar to his successor, however, Aquino promised a new era -- a genuine transformation in the Philippine political landscape.

Today is Aquino's last day in office. But what is his legacy? Was he a transitional or transformational leader? Was he the best or worst Filipino president ever? Will he be missed by his people?

Political scientists tend to categorise Filipino leaders as either reformists or populists. Yet, a careful look at Aquino's legacy and platform suggests that he sought genuine reform by turning an arguably technocratic issue -- stamping out bureaucratic corruption -- into a populist mantle.

He achieved this feat by attaching poverty -- a caliginous and gnawing reality for majority of the population -- to the prevalence of corruption in the country: "If there is no corruption, there is no poverty" (Kung walang kurapt, walang mahirap).

But what is Aquino's legacy? And here opinions tend to be almost schizophrenic. To his legions of global fans, Aquino is a bastion of sobriety, a descendant of one of the country's most prominent political clans, who has sincerely embraced his Noblesse oblige.

Noting the Philippines economic takeoff in recent years, no less than Steve Forbes, the man behind the legendary Forbes Magazine, hasn't been short of flattery, asking Aquino, upon the conclusion of his term, to "come to the US and give us some of the 6-percent growth rate" that the Philippines has generated in the last few years (never mind that America, with a 15 times larger per capita income, is in a whole different stage of development).

Meanwhile, for some of the local columnists and staunch critics, Aquino is considered as the Philippines' worst president ever, who supposedly "put the Philippines a decade back in building a modern, prosperous nation-state that uplifts the welfare of all its citizens."

For others, he may be a sincere president with integrity, but he has often come off as insensitive (manhid), from his non-attendance at the burial of slain Filipina citizen Jennifer Laude, killed by a visiting American serviceman, to refusal to lead the arrival honors for the slain Special Action Forces (SAF) police forces in Camp Bagong Diwa after the Mamasapano tragedy, which almost ended his career.

Many residents of Metro Manila, who suffer from arguably the world's worst traffic congestion, have also lamented the supposed lack of empathy from a government that has oversaw multiple breakdowns in the capital's public transportation infrastructure and, even more embarrassingly, a blackout in the country's international airport.

He has also been accused of being 'heartless' for vetoing various proposed laws such as income tax cut for low-salary earners as well as the Social Security System (SSS) pension hike, measures that would have placed immense strain on the Philippines' fiscal balance.

A more sober assessment of Aquino suggests that his legacy was far from unbesmirched, yet he should be credited for overseeing the end of the Philippines' reputation as the 'sick man of Asia' and making the Filipino people truly believe in the promise of a better future, even if a growing number of people, especially in the national capital region, have been unsatisfied with his performance.

Above all, perhaps, Aquino should be credited for making the fight against corruption a centrepiece of Philippine political discourse, so much so that no less than Duterte has made the fight against corruption a key element of his broader war on crime. And this also explains why certain candidates, who faced massive corruption scandals, performed very poorly in the latest elections, even if, not long ago, they were seen as runaway winners.

It is this discursive revolution that should be remembered as Aquino's most enduring legacy, notwithstanding the immense shortcoming of the actual fight against corruption. As they say, change should first happen in mentality before we change our reality. He mainstreamed the fight against what many once considered as too entrenched to confront.

In his final days in office, Aquino seems confident and self-assured, even uncharacteristically subdued, relishing what he believes to be six years of broadly constructive contribution to national development.

"There is no place in the country that I am afraid to go to because we neglected them," Aquino told Rappler, a local online newspaper, in his final days in office.

To be sure, Aquino should be credited for continuing sound macroeconomic policies of his predecessor (Arroyo), which has allowed the Philippines to enjoy Asia's highest growth rate and the world's fourth fastest. He must also be credited for investing in the country's armed forces, especially in terms of external defense, beyond any of his predecessors in recent memory.

He has also overseen the completion of big-ticket infrastructure projects such as the Aluling Bridge, which connects Mountain Province and Ilocos Sur. And many more Public Private Partnership (PPP) projects will be completed in coming years, although I won't be surprised if the Duterte administration would take the credit for them once they are inaugurated.

I would dare to argue, however, that Aquino should be, above all, credited for introducing a moral dimension to Philippine politics, a phenomenon I call Moralpolitik. Like no other Filipino leader in recent memory, Aquino staked his political capital in a moral crusade against institutionalized corruption in the country.

One can hardly find any comparable leader in recent memory, who has dedicated so much political capital to take on allegedly corrupt officials from all three branches of the government -- the executive, the judiciary, and the legislative.

He mainstreamed the concept of "good governance" (Daan Matuwid), constantly reiterating the importance of clean, accountable leadership. Almost singlehandedly, Aquino injected morality into the heart of the Philippines' long-cynical politics. He resuscitated pre-Machiavellian political philosophy, emphasising the importance of ethical leadership in pursuit of collective good.

In fact, he has done the same thing in the realm of foreign policy, describing the Philippines' struggle against an expansionist China through the prism of "right vs. might".

No wonder, the Aquino administration has invested so much in the ongoing legal arbitration at The Hague against China, when other claimant countries have mainly focused on proactive diplomatic engagement, robust military buildup, and consolidation of claims on the ground.

Obviously, we can have a healthy debate on how successful and impartial Aquino's anti-corruption initiatives have been in practice, keeping the DAP issue and the palpable failure of the government to incarcerate even a single 'big fish' accused of massive corruption in mind, but no one can deny how vigorously Aquino pursued powerful politicians, who were once seen as almost invincible not long ago.

In short, Aquino "moralized" the country's broken politics and reintroduced an ethical discourse on the state of its rotten institutions.

As for his macro-economic legacy, which has been exuberrantly praised the world over, the main problem with Aquino's economic policy was one of omission rather than commission. In absence of more creative, heterodox policies, the government fell short of ensuring that the growing economic pie will become inclusive.

As a result, much of the newly-created wealth in the country has been swallowed by the elite, while poverty and hunger rates as well as un/under employment rates have virtually remained inelastic.Without a major boost in agricultural (land reform is crucial here) and manufacturing sectors (greenfield investments is key), I am doubtful we will be creating inclusive growth anytime soon.

The unbearable heaviness of traffic in Manila is costing the country P2.4 billion every single day, depriving millions of commuters the opportunity to live a more productive life and greater hours with their loved ones.

From afar, it is easy to criticise the government. Some journalists and commentators have regrettably even resorted to ad hominem attacks against a leader, who was voted into power by millions of people and responsible voters. Aquino's opponents -- many belonging to the corrupt factions, which oppose "good governance" as an existential threat -- have used all sorts of strategies to demean him and undermine his popularity.

But there is a reason why Aquino remains to be a popular leader, especially when compared to his predecessors in their twilight years in office. Many Filipinos, as credible surveys consistently suggest, do credit Aquino for his good intentions, despite his many shortcomings in practice. And as Naim Moises explain in The End of Power (2013), effecting change has become increasingly difficult for people in power, since power itself is decaying: "A world where players have enough power to block everyone else's initiatives but no one has the power to impose its preferred course of action is a world where decisions are not taken, taken too late, or watered down to the point of ineffectiveness."

You don't have to be an expert to realize that with the Philippines' weak state institutions, hobbled by entrenched networks of political patronage, and only a single six-year term in office, there is just so much a well-meaning leader can do to overhaul a broken political system. Genuine reform and lasting change comes on the back of institutions and "effective governance", not personalities. Good governance will not be achieved unless Aquino's reforms and best practices are carried forward by his successors.

Overall, Aquino may have not been a transformational leader -- constantly struggling with controversies and forces of corruption without and within the state apparatus -- but he has arguably served as a pretty defensible transitional leader, who may have laid down the foundation of a better future for the Philippines.

Next stop is about "effective leadership", translating Aquino's best intentions into tangible developments on the ground. Aquino's legacy is ultimately about beginning a new end, perhaps a better chapter for a long-suffering nation.