They say nothing sparks controversy and discord more than talk of religion, politics and sex - not necessarily in that order.

But when journalists fan the flames with inaccurate, seditious and inflammatory coverage of religious matters, in the name of freedom of expression, it may have lethal consequences. 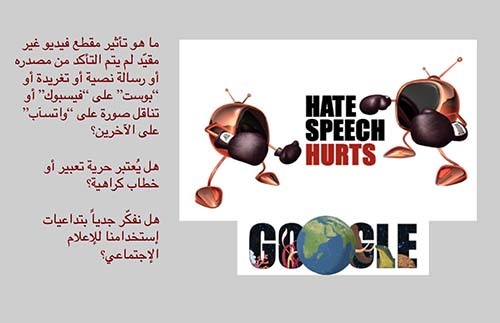 Enter yours truly to help in training Lebanese, Jordanian and Iraqi journalists this week in Beirut on the mechanics of covering religion, religious diversity and freedom of expression during a much-needed five-day workshop.

After presenting a case study of a Muslim Lebanese TV reporter who wrote offensive comments on his Facebook page about Muslim religious leaders, I asked participants to define human rights and freedom of expression in religious matters.

They had been given a solid dose of religious, philosophical and academic arguments and definitions in previous days by men of the cloth, university faculty members and other experts in the mini-course organized by the Adyan Foundation, an organization promoting interreligious studies and spiritual solidarity. 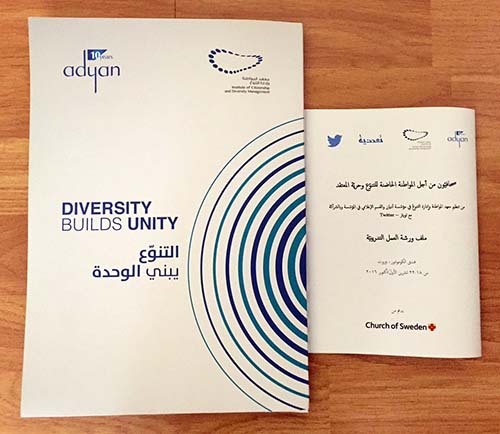 My two sessions focused on the essence of covering religion, the research involved, the fieldwork, the critical thinking needed for such assignments, and the hazards involved.

Videos included how sectarian provocation in the media was monitored in Lebanon in 2015, how religious differences are interpreted by children (based on their upbringing), how to detect bias in reporting, religious forgiveness, and tolerance. 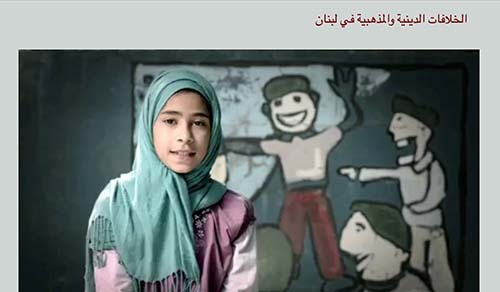 I showed a brief video in Arabic on the Amish in Lancaster, Pennsylvania, who were unknown to many of those in attendance.

As an exercise, I asked the journalists to compare and contrast between that community and various Muslim denominations.

They found much common ground. 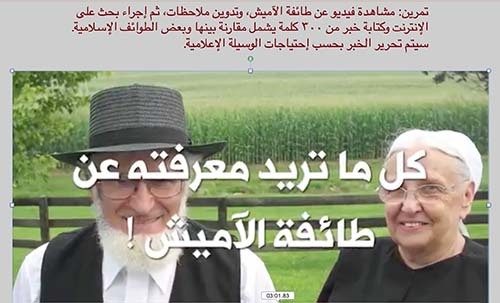 Introduction to the Amish (Abu-Fadil)

While Arab journalists may claim to know a thing or two about "other" religions or sects, they're not in the habit of visiting the "others'" places of worship, or getting a wide spectrum of views of "other" religious figures.

I asked how many Christian journalists had been to mosques to attend prayers, had written about Muslim practices, had spoken to sheikhs (clerics) or Islamic scholars or delved into such religious matters.

I posed the same question to Muslim journalists on inquiring about Christian rites, researching various Christian sects, and other religions.

Few had done so, or done so in depth. 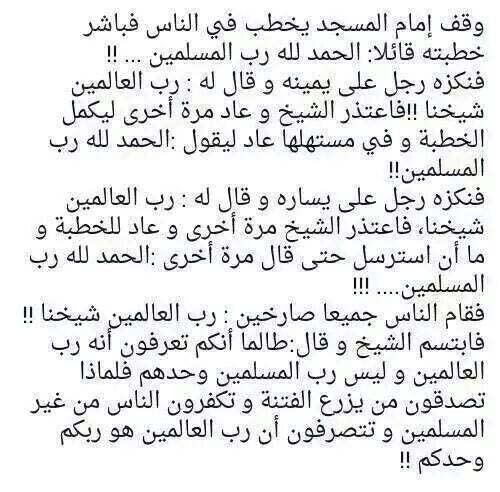 One funny but telling slide in my first presentation recounts how an "imam," or Muslim prayer leader, repeatedly preached to his congregation about "the God of Muslims" when the wording in Arabic is "God of all," only to be corrected by the faithful.

The last time he said "God of Muslims" in his sermon, his followers shouted "God of all."

To which the religious leader replied: "Since you know he's the God of all, not just of Muslims, why do you believe those who sow sedition, tarnish non-Muslims as atheists, and act as if the God of all is yours alone?"

The point was made and rang a bell with participants of different faiths.

The tips I provided included reporting accurately about religious groups and matters, not assuming anything, being fair and balanced, familiarizing oneself with religious laws where they apply, providing the necessary context to any story and adding the economic, political, social and cultural dimensions to reports.

I also cautioned them about politicians' use of religious verses to further political and possibly nefarious agendas.

In a second session I focused on media ethics in the religious context with countless caveats on pitfalls that could sink journalists like inciting hate, misusing social media, and disseminating rumors. 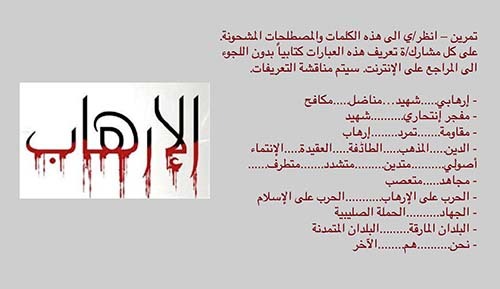 One exercise required the journalists to define loaded terms such as terrorist, martyr, resistance, suicide bomber, fundamentalist, extremist, war on terror, war on Islam, Crusades, failed states, us versus them, and more.

There were the inevitable case studies of media fanning the flames, distorted uses of visuals and infographics and an exercise requiring participants to view and critique part of a BBC Arabic documentary on sedition.

They were advised to see the whole film in their spare time and assess how it could be turned into a straight news story.

In parting comments, the participants were shown the Ethical Journalism Network's video on the five core values of journalism.

Their comments and tweets during and after the workshop were most gratifying. I'm confident I made a bit of a dent.