Even the Archbishop of Canterbury struggles with doubt.

During a BBC interview, the Most Reverend Justin Welby admitted that at times, he questions the existence of God.

"There are moments, sure, where you think 'Is there a God? Where is God?'" Welby told journalist Lucy Tegg.

Remembering his position as the leader of the world’s 80 million Anglicans, Welby quickly added that this was "probably not what the archbishop of Canterbury should say.”

His comments came during a wide-ranging public chat inside the Bristol Cathedral, the Guardian reports. Welby started the session by explaining how he came to the Christian faith in 1975 after years of running away from God. Decades later, Welby said he still doesn’t think Christians have an easy answer to the question of why a good God would allow humans to suffer.

The archbishop and his wife Caroline are familiar with suffering. They experienced a great personal tragedy in 1983, after their seven-month-old daughter died in a car crash. 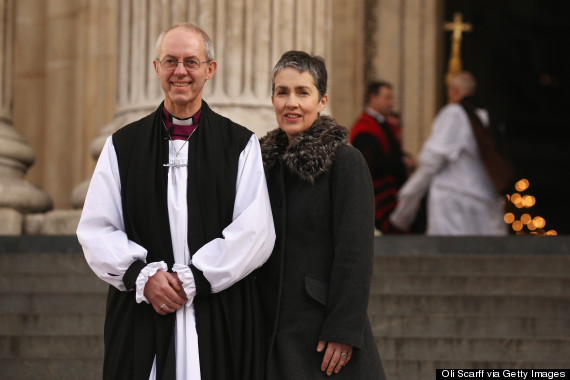 During the interview, Welby pointed to Psalm 88, a scripture passage where the author writes, “I cry to you for help, Lord; in the morning my prayer comes before you. Why, Lord, do you reject me and hide your face from me?”

His uncertainties bubbled up most recently during a morning jog with his dog.

“The other day I was praying over something as I was running and I ended up saying to God ‘Look this is all very well but isn’t it about time you did something – if you’re there,’” Welby said.

Although he has many unanswered questions, Welby says he still has faith that God is real.

Rev. James Martin, a Jesuit priest and editor at large of America magazine, suggested that the archbishop’s doubts are a natural part of being in a relationship with God.

“Even the disciples doubted Jesus's power -- and that was after Jesus performed miracles in front of them,” Martin told the Huffington Post. “But, ultimately, faith invites us to trust and, more importantly, to look back over our lives and see God's activity throughout.”