ROME (RNS) Even as Pope Francis and Catholic leaders from around the world debate ways to make the Catholic Church more inclusive, Newark Archbishop John Myers has given his priests strict guidelines on refusing Communion to Catholics who, for example, support gay marriage or whose own marriage is not valid in the eyes of the church.

In the two-page memo, Myers also orders parishes and Catholic institutions not to host people or organizations that disagree with church teachings.

He says Catholics, “especially ministers and others who represent the Church, should not participate in or be present at religious events or events intended to endorse or support those who reject or ignore Church teaching and Canon Law.”

The new rules could raise eyebrows given that Francis is currently leading a high-level Vatican summit, called a synod, where he and some 270 bishops are debating whether to let divorced and remarried Catholics receive Communion, and how to be more welcoming to cohabiting and gay couples whose lives don’t conform to Catholic teaching.

The guidelines could also up the ante for the coming election season, when Catholic candidates who support abortion rights or gay rights are sometimes challenged by conservatives over whether they should receive Communion.

A spokesman for Myers said in an email on Tuesday (Oct. 13) that the archbishop saw this as an opportune moment to set out the guidelines for priests in the northern New Jersey archdiocese.

“With so much being generated in the media with regard to issues like same-sex unions and such, this memo about ensuring that Catholic teaching is adhered to in all situations — especially with regard to the use of diocesan properties and facilities — seemed appropriate,” James Goodness, a spokesman for Myers, said in an email.

The memo is titled “Principles to Aid in Preserving and Protecting the Catholic Faith in the Midst of an Increasingly Secular Culture.” It is dated Sept. 22 and was sent to priests this week, according to a source who provided a copy to Religion News Service.

In the memo, Myers writes: “The Church will continue to cherish and welcome her members and invite them to participate in her life to the degree that their personal situation permits them honestly to do so.

“Catholics,” he continues, “must be in a marriage recognized as valid by the Church to receive Holy Communion or the other sacraments. Non-Catholics and any Catholic who publicly rejects Church teaching or discipline, either by public statements or by joining or supporting organizations which do so, are not to receive the Sacraments.”

Myers issued these guidelines even though he is scheduled to retire next July when he turns 75, turning over the reins to Archbishop Bernard Hebda.

In 2013, Francis named Hebda a “coadjutor archbishop” — meaning he would automatically take over when Myers left office — after a series of controversies that angered many priests and parishioners in the 1.4 million-member archdiocese.

In one instance, Myers was criticized for allowing a priest — who was under court order to stay away from children — to work with youths, and in another he was criticized for using church funds to pay for pricey renovations to a retirement home.

PHOTO GALLERY
Pope Francis' Most Frequently Used Words During His Trip To America
Download
Calling all HuffPost superfans!
Sign up for membership to become a founding member and help shape HuffPost's next chapter
Join HuffPost 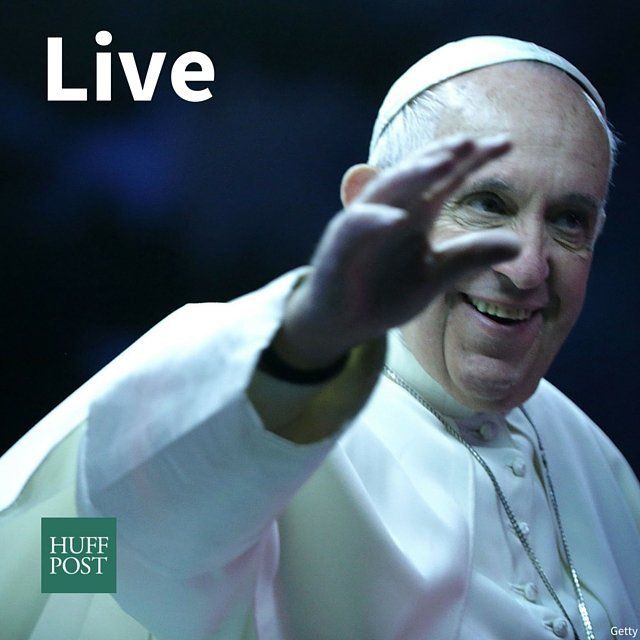