Social entrepreneurs bring scalable solutions to today's greatest challenges -- some of which have been highlighted by the WEF Global Risks Report as the most likely and impact-loaded over the next 10 years. Five of the most likely risks -- namely, severe income disparity, chronic fiscal imbalances, rising greenhouse gas emissions, water supply crises, and mismanagement of population aging -- are in everyone's interests to be resolved. Unfortunately, other stakeholders such as businesses and non-governmental organizations (NGOs) are limited in their ability to address them. Traditional NGOs are financially limited by the amount of grant capital available, and can be subject to vast losses of funding overnight through governmental budget cuts. Businesses on the other hand usually have access to capital, although they're constrained by their responsibility to act in the interest of their shareholders; and often it isn't even a business' core competency to solve societal problems. Thus, one could argue that social enterprises have a competitive edge over businesses and NGOs. Their focus on finding scalable solutions to societal problems form a unique business modeling perspective. Some NGOs, such as the World Wildlife Foundation, have managed to upscale their organization by developing an umbrella of locally driven, but globally interlinked branches. This year the WEF labels the social entrepreneurs as the "Architects of Resilient Dynamism."

The Schwab Foundation Social Entrepreneurs participating at the WEF this week are addressing some of these challenges identified through the following business models:

But what value do the social entrepreneurs themselves see in attending the WEF? To find out, I talked to Renat Heuberger, co-Schwab Foundation Entrepreneur of the Year for Switzerland in 2011. Although a former co-founder of a non-profit organization called myclimate, Heuberger is quick to extol the virtues of adopting a corporate structure akin to that of a for-profit business. By imitating for-profits' legal and operating structures, Heuberger argues, it becomes easier to upscale an organization, and in the process also upscale the impact of the organization. As an individual who also knows about the failures of social entrepreneurship, Heuberger understands the need for scaling up within social entrepreneurship, and thus, he is someone who is also eager to talk about possible business expansions into other environmental areas such as biodiversity and water.

Heuberger travels to Davos for the same reasons as other entrepreneurs: to do business. From convincing traditional investors of the commercial value of investing in social businesses to meeting other specialists within the climate change field, the networking benefits seem endless. Other social entrepreneurs have highlighted the importance of endorsements from the leaders at WEF events, the opportunity to meet people that can challenge your ideas, and the ability to make strategic contacts. According to the SCALERS model for scaling social enterprises, developed by faculty at Duke University, these types of opportunities in lobbying, alliance building and communication are invaluable for social enterprises wanting to upscale their enterprises, as well as their impacts.

The social entrepreneurs aren't the only ones to benefit though. Traditional businesses also benefit from having their socially-focused counterparts present, as social enterprises can help them capitalize on emerging trends when other businesses haven't even acquired the necessary expertise yet. For example, the credit card provider Cornèrcard has partnered with South Pole Carbon to target the growing sector of sustainability-minded consumers through the "climate neutral credit card", which automatically offsets the carbon emissions of purchases. Sometimes social entrepreneurs are providing solutions to problems that businesses aren't even aware of. For example, South Pole Carbon is using its carbon data expertise to help investors avoid the burden of too much unburnable carbon within a portfolio, by providing greenhouse gas data for all of the listed companies through an app available on Bloomberg Terminals.

Ultimately, social entrepreneurs are at the WEF because they provide innovative, scalable solutions to some of the most pressing global challenges. Whether the enterprise is in improving the skills of the workforce or ensuring the health of rural populations, it is in everyone's interest that social entrepreneurs succeed in their goals, and that is why they are at the same meeting as world leaders.

Perhaps the organizers of the summit should consider increasing the number of participating social entrepreneurs in the years to come. Resilient dynamism is not designed by only a few architects, but rather by the many architects. 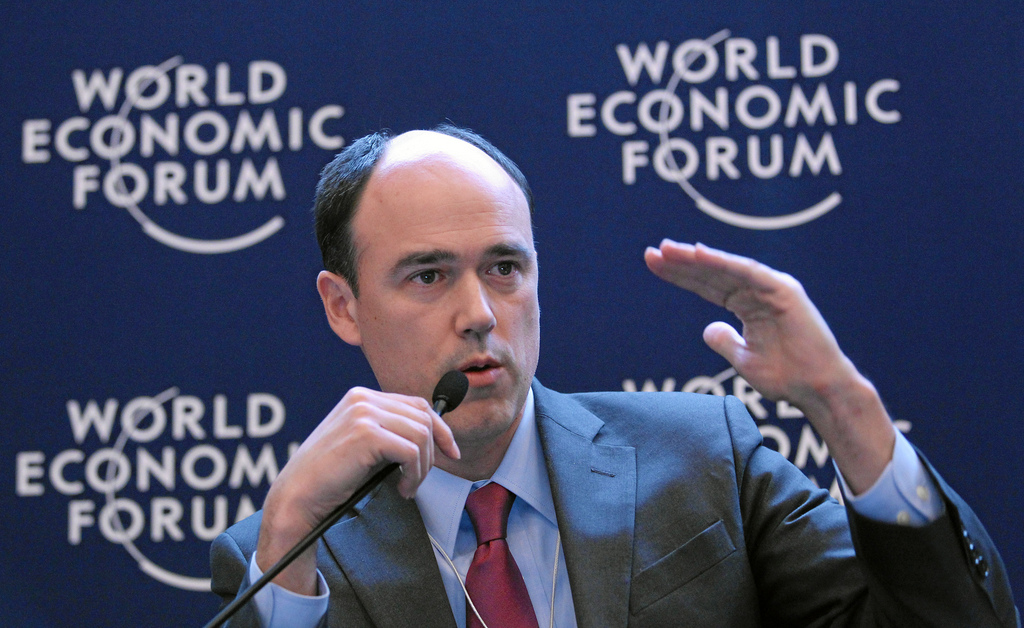 Harriet Jackson works for the strategy firm Impact Economy and is a guest writer for Student Reporter.