At the age of 5, Ardi Rizal has dealt with more of the ups and downs connected to addiction than many people five times his age.

The Indonesian child came to Internet infamy in 2010 when stories about his 40-cigarette-a-day habit surfaced in the news. And while Ardi has since kicked the habit, he has not given up vice altogether, finding himself entrenched in a full-on food addiction.

According to The Mirror, Ardi quit smoking in a rehabilitation program set up by the Indonesian government. Ardi's smoking habit even caused such outrage that the administration launched a nationwide campaign to end childhood smoking.

Giving up the cancer sticks, however, did not solve all the child's problems. The Daily Mail reports young Ardi now demands food just has he once did cigarettes, leading him to gain excessive weight.

"When Ardi first quit smoking he would demand a lot of toys," his mother said. "He would bang his head on the wall if he couldn't get what he wanted... Now I don't give him cigarettes, but he eats a lot. With so many people living in the house it's hard to stop him from getting food."

As The Independent notes, Ardi's early smoking habits may contribute to his current weight problems, as nicotine affects hormone, insulin and glucose levels in the body.

According to the Daily Mail, doctors hope if Ardi can lose between 7 and 14 pounds, his weight will even out as he grows. 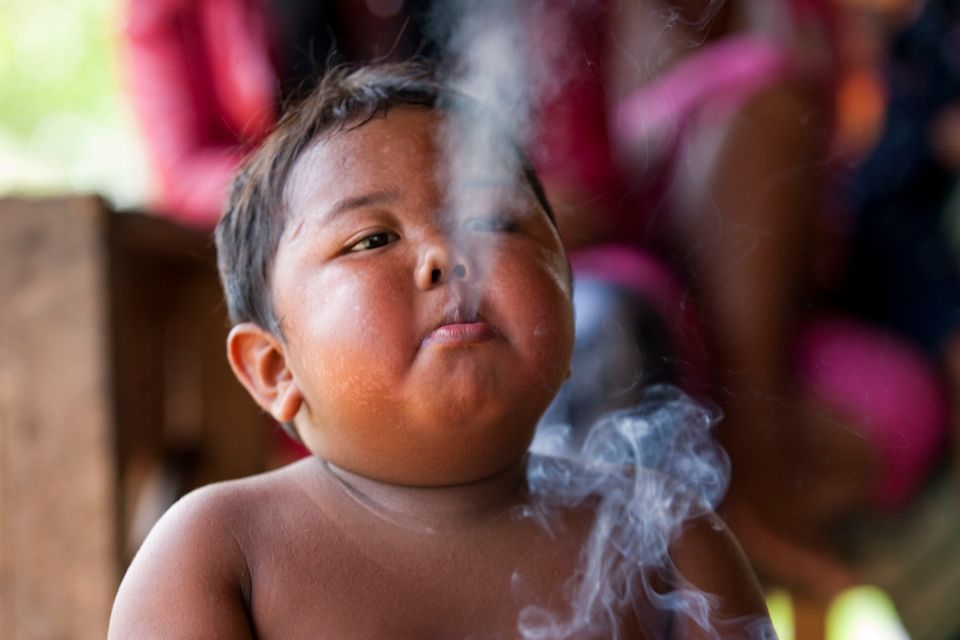