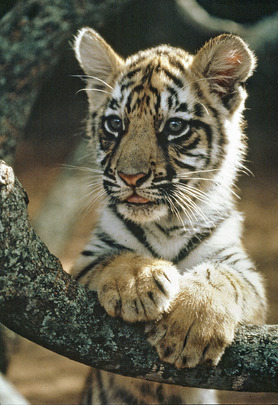 Citizenship generally implies certain rights, or at least to be free from arbitrary abuse. A court in the U.S. is now considering an application for habeas corpus regarding two chimps held by a New York University presumably for scientific purposes. However, the issue of whether chimpanzees deserve to be treated as "legal persons" differs from whether animals should be seen as deserving their own rights to exist a "normal life" beyond their utility and/or rights to them asserted by humans. Currently the notion of species preservation appears to be more an extension of human beings' presumed desire and benefits in preserving biodiversity. That human beings have a duty to preserve our environment for future generations or even some higher principle of ethics/morality is generally accepted as a good thing, but do we have an obligation to the animal itself as a fellow global citizen, even if such may be perceived in a substantially more limited form?

During a recent debate on BBC regarding animal rights/welfare, one perspective held that an animal's rights is not independent of its human owners/custodians. Their primary argument was that animals, including chimps, were not "moral beings" capable of rationalizing right from wrong. A case study of an effort to socialize a chimp as a human child was presented as largely a failure. However, is it fair to define our own human ethical development as being also part of an ongoing evolution? Are the wars of today any less brutal -- inhuman? Do we not largely rely upon tribal, ethnic, racial, religious and/or ethnic identity to define for us the foe as well as the right and wrong of the situation? Some argue that without "religious morality" we would be no better than animals, presumably because we need such to educate, socialize and instill fear of hell in order for us to behave "morally."

If morality starts with acting upon the welfare of one's own kind, then at least some animal species would appear to qualify, from a gorilla family to lion pride to a herd of wildebeest. Dogs are loyal to their pack, including the human family which adopts them. How about the family cat that selflessly charged a neighbor's dog who was attacking her family's toddler (seen by most of us a year or so earlier on video via social media)? A mother's instinct is a most hailed trait, but it also extends to other animals. Witness the mother elephant who mourns her lost calf and returns religiously to its grave.

We have closely followed the efforts and writings of social media friend, Stevan Zivkov Andricin, an animal rights activist and his group, Animals: A Parallel History Coalition. Animals, as humans, have been shown capable of empathy even across species. Cruelty and brutality also can run within the pack, family or human social units.

Reasoning similarly is not limited to humans, regardless of how simple. Animals have shown the capacity to employ tools and be educated. The "reward" of food or treat is not the only motivator, but also the praise or exhibited love of a human companion. Some of the traits that can be taught have a largely moral/ethical consideration, and the failure to be consistent is as much a human trait as that of the family dog, or cat. (See "The Ambassador's Cat.")

Revisiting our Notion of Ethics/Morality

Perhaps we are focused on the wrong "morality" when we judge the quality of animals to be treated as legal persons, or in the least global citizens. As humankind's capacity to feed his/her society, innovate beyond animal exploitation and come to fairly evaluate and understand the more complex nature of our animal neighbors, do we also need to evolve our ethics and legal principles? Traditional religion may be outdated from some perspectives. However, religion could also be an introduction to new parameters. Hunting for sport is frowned upon by Islam and at least early Christianity. (See: "Is Sport Hunting a Sin?")

Until recent human evolution, the exploitation of animals has been rationalized by the notion of ownership and presumed utility to mankind, from necessity to luxury or even mere pleasure. Perhaps though as part of our notion of guardians of our environment and fellow creatures, we should recognize that the dominion is neither absolute not without responsibility to all animals as global citizens. If there is a Divine Authority, then it must come with the recognition that we are all part of such creation. Before we exploit animals, the burden of proof increasingly shifts upon us to justify such use, whether God is presumed or we simply seek to develop our society in manner progressive for mankind.

No Absolutes but an Evolving Discussion

Part of our own evolution may necessitate appealing to courts, religious authorities and/or adopting further international agreements/treaties as animals continue to be reliant upon human goodwill, intellect and laws. (See: "Do Animals Need a UN Ambassador?")

Earth's ecological balance and the survival of many animal and plant species are in peril. Human population encroachment, poaching, animal trafficking, and fragmentation - the direct hunting and overhaul of prey by locals -- are decimating our rich biological diversity.

However, this month a positive outcome from the Fish and Wildlife Service stemming from a coalition spearheaded by the Jane Goodall Institute was reported. All chimpanzees, wild and captive will move from the classification "threatened" to "endangered" to hopefully curtail illegal capture and sale. From Manhattan, to China, to Africa, illegal elephant ivory is being stockpiled and destroyed sending a strong message to those engaging in selling ivory for trinkets and to antique collectors that it "is not all right." "The United Nations Environment Programme (UNEP) is actively involved with Governments, scientists, private organizations and other concerned groups to preserve and protect our endangered species." (See UNEP site)

Perhaps you may have one predominant thought in the back of your mind as you were reading this blog: Why should we expect any more global consensus on addressing animal welfare when the international community is failing on so many conflicts to deliver peace or even secure human rights? However, an ever greater number of persons, particularly the younger generations, are concerned about animal welfare. This shared interest can be a common foundation to develop not so much a new morality but further understanding of our shared responsibility to fellow humans as well as those we now start to consider for at least some standing as global citizens. 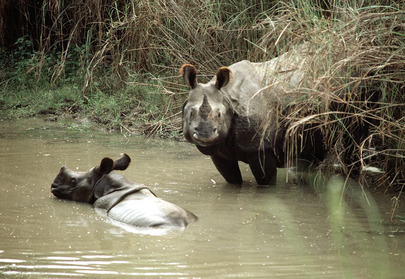 By, Susan Sacirbey in collaboration with Ambassador Muhamed Sacirbey