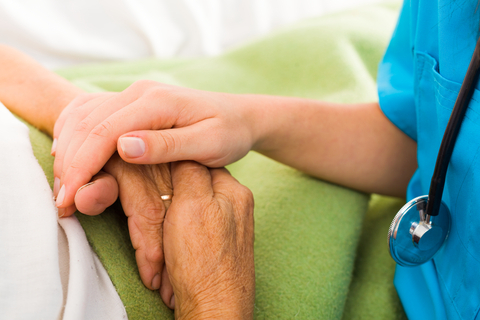 Healthcare is working at being "more compassionate." Hospital administrators in the U.S. are strategizing on how to build compassion into their operations in ways that their patients and families feel it. At the same time, the very nature of this relational bond remains in conflict with the system itself.

On Google, compassion is defined as "sympathetic pity and concern for the sufferings or misfortunes of others." I am not sure that I want to be treated with pity, but sympathetic pity may not be as difficult.

Dictionary.com describes compassion as "a feeling of deep sympathy and sorrow for another who is stricken by misfortune, accompanied by a strong desire to alleviate the suffering." This definition pushes one into action, but falls short of moving past "desire" to do something.

Wikipedia goes even further, saying that, "Compassion is often regarded as having an emotional aspect to it, though when based on cerebral notions such as fairness, justice and interdependence, it may be considered rational in nature and its application understood as an activity based on sound judgment."

So, again, is compassion is a corporate, social, or morale value?

Healthcare organizations speak and write of compassion in their mission statements, marketing materials, and code of behaviors.

The larger question, however, is whether the system itself allows for decisions based on an authentic desire and commitment to alleviate the suffering of others.

I ask this because without question, the market-driven healthcare system in the U.S. is not about competing for the highest marks in compassion. Rather, the money (whether reimbursement, incentive bonuses, profitability, or sheer dollars) comes first and, if possible, a limited allowance is leftover for acting on a desire to relieve suffering.

How We Got Here

Historically, the church ran hospitals. Illness was often seen through the eyes of morality and the desire was to save souls and lives, but the belief was that the soul of a person could easily outlive his or her physical existence.

In the 1860s, Florence Nightingale theorized that a continual connection and priority to patients whose suffering could not be understood by a well person. She was relentless in bringing all concerns back to the unending obligation to be both compassionate and empathetic to the patient's situation.

Not much later, Louis Pasteur discovered bacteria and derived the germ theory, which allowed medical professionals to set aside perception, meaning, emotions, or attitudes to focus solely on the biology of disease. Rene Descartes further claimed that the mind and the body were forever separate, with one neither influencing nor merging with the other.

Thus, hospitals became places where bodies were cared for and, only in the case of mental disorder, was the mind addressed. Given such a mechanistic view, the U.S. healthcare system dispassionately arrived at the economic model we have today -- one that buys and sells healthcare services similar to how automobile companies sell cars and maintenance packages.

By the time we arrived at the Health Maintenance Organizations (HMOs) in the 1970s, we were set up to provide an incentive to deliver less care and trim costs. Financial rewards were earned by spending less on care. It started out about prevention, but inevitably shifted the insurance industry into a model of strict gatekeeping, requiring referrals to see specialists and prior approvals to have surgery, Basically, HMOs made healthcare providers become lean rather than altruistic.

In spite of the Accountable Care Act, we remain in the conflict between the economic restraint of our insurance-based system in the U.S. and the core values of compassion. The industry itself is called upon to operate in "good faith and fairness," but this falls short of altruism or a motivation to help others.

Altruism is Part of Our Evolution

When compassion is considered a good business practice as a means of surviving in a market economy it unfortunately strains our natural instinct to help one another. Altruism is part of our evolution, part of how we as a species survived in primitive times when whole tribes acted altruistically to each other and caring and concern for others were prioritized over one's own needs.

In the International Journal of Behavioral Medicine, Stephen Post outlines research that has pointed to altruistic behavior (volunteerism, mentoring, and social activism) as contributing to the health and well-being of the giver and receiver, often with the balance being on the giving end. Studies in positive psychology have also built a coherent argument for generosity and compassion being good for our mental and physical health.

Despite all this, productivity and bottom line profitability have overshadowed the practice of social good for its own sake. And as much as hospital leaders may tout mission statements that promise compassionate care, they, too, have taken on a business model that forbids decision making based on doing what is best for patients and families.

If you asked your physician, nurse or insurance agent whether the relief of suffering, saving lives, and making life better for those under their care is what they really do, what would they say?