You've probably heard this claim: Despite decades of effort, we've failed to make any significant progress in reducing drug use in this country. Some critics go so far as to say that "illegal drugs are cheaper, purer, and more available today" than ever before. This is a compelling argument and a powerful sound bite, to be sure. There's just one problem:

While gaining a clear picture of the illegal drug market is always a challenge, a vast array of data, research, and surveys reveal long-term trends and shed valuable light on the nature and scope of the drug problem in America. The evidence presented by these sources is vital in our work to meet the President's mandate of promoting policies grounded in science and research.

So what do the data show? Simply put, our national drug problem is substantially smaller than it used to be, and progress continues to be made. Here's the evidence: 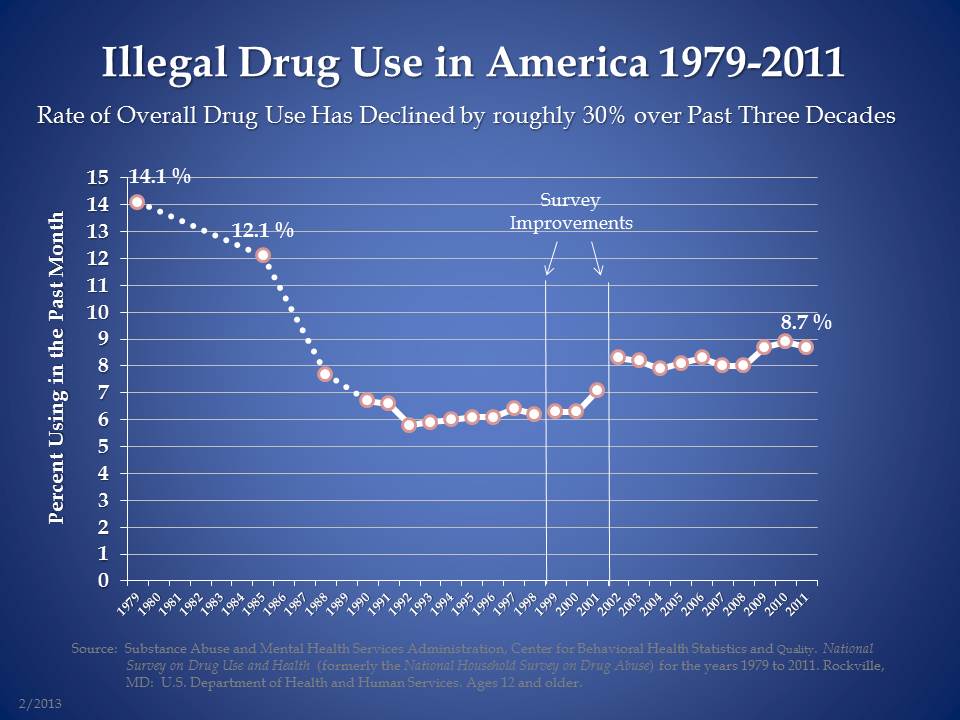 Again, these facts are proof that we are not powerless against the drug problem in America. As the President himself has noted, we have successfully made a difference in other areas, like smoking and drunk driving, so there's no reason to think we cannot continue to achieve the same success with illegal drugs. Our challenge, it's worth pointing out, is not that we are unable to reduce drug use; indeed, we have made great strides in that effort. The challenge is that rates of drug use are still too high.

Drug use and its consequences continue to place too many obstacles in the way of young people working to achieve their full potential. It still drives violent crime in our neighborhoods, in our cities, and throughout our hemisphere. It still fosters substance use disorders that tear families apart and end too many lives. This Administration will continue working aggressively to address this challenge in a smart and comprehensive way, and with a clear and realistic goal: to reduce drug use and its consequences by 15 percent over the next five years.

We are energized by the ongoing national debate about drug policy reform in America. That's why we've put forth a National Drug Control Strategy that outlines more than 100 specific drug policy reforms that build on the progress we have made thus far. Still, as we engage in this important national conversation about how best to protect public health and safety in America, we must remain focused on using science and research - not ideology or dogma - as our guide in this national discussion.