It's Girl Scout cookie season, but Michigan scouts Rhiannon Tomtishen and Madison Vorva are finding other ways to support the organization's mission of "building girls of courage, confidence, and character who make the world a better place" than selling those famous Thin Mints and Tagalongs. Many varieties of Girl Scout cookies include palm oil, the No. 1 culprit behind deforestation in Southeast Asia, particularly Indonesia and Malaysia. 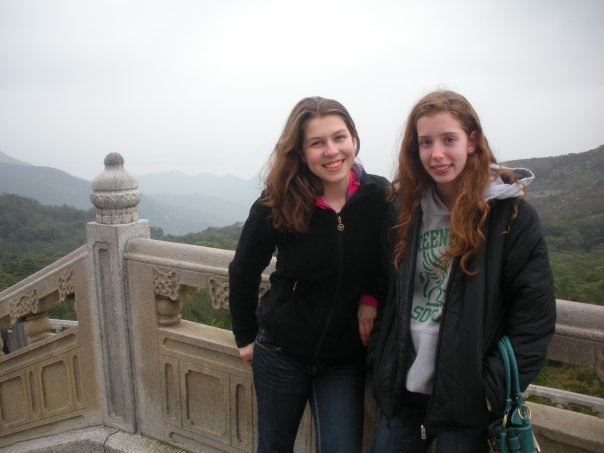 When Madison and Rhiannon (left) found out that Girl Scout cookies were destroying the forest homes of endangered wildlife like orangutans, pygmy elephants, and Sumatran tigers -- and displacing indigenous people -- they sprung into action. First, they stopped selling the cookies, and then launched an effort to encourage the Girl Scouts to switch to more environmentally friendly (and healthier) alternatives like canola oil. The Girl Scouts USA and their CEO Kathy Clonginer, however, have refused to act despite efforts by Girl Scouts across the country and the encouragement of organizations like the Union of Concerned Scientists and Center for Biological Diversity.

Now, thanks to a post on the animal welfare blog Please Do Not Tap on the Glass, we learned that the Girl Scouts' British sister organization, the Girl Guides, have eliminated palm oil from their cookies, and are offering to help the Girl Scouts USA and Girl Guides Canada do the same. The English bakers also found, unsurprisingly, that replacing unhealthy palm oil with olive oil and canola oil doesn't only save forests, it also resulted in a 60 to 70 percent reduction in saturated fat.

Michelle Desilets, executive director of the Orangutan Land Trust, says she started to see the shift about five years ago. Relegated to ever smaller fragments of forest, wild orangutans began to face starvation as their food sources were depleted, forcing them to venture into newly established oil palm plantations where they feed on the young shoots of palms, destroying the tree before it produces any oil seeds.

Viewing the wild orangutans as pests, plantation managers started paying $10 to $20 for each dead orangutan -- a strong incentive for a migrant worker who may earn just $10 per day. 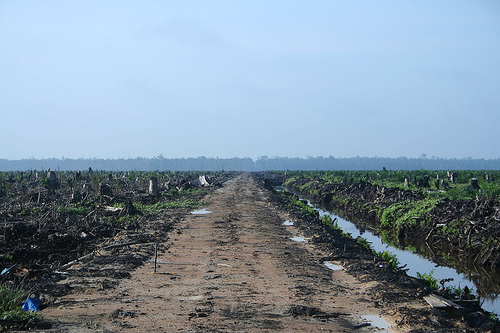 "Our rescue teams began to be informed of wandering wild orangutans in human settlements," Desilets told me, while cradling a baby orangutan in Nyaru Menteng. "We have found orangutans beaten to death with wooden planks and iron bars, butchered by machetes, beaten unconscious and buried alive, and doused with petrol and set alight. Since 2004, more and more orangutans in our centers have been rescued from areas within or near oil palm plantations, and over 90 percent of the infants up to three years of age come from these areas."

I think even the Cookie Monster would pass on that one. Unfortunately, so far, the Girl Scouts seem to be engaging in the type of greenwashing that one expects from giant food conglomerates like Cargill, instead of an organization that's supposed to be cultivating honesty and strong values in our nation's youth.

The Girl Scouts could be a great organization that, among other things, cultivates a love for nature and the outdoors. But it should follow the lead of its British sister organization and find a way to support itself in a way that doesn't undermine its values, or the survival of our fellow creatures. Until then, no Peanut Butter Patties, Thank U Berry Muches, or Daisy Go Rounds for me!

To get involved in the campaign for orangutan-friendly Girl Scout cookies, join Madison and Rhiannon's Facebook page.