The medical world is filled with bizarre, unusual (and sometimes not completely understood) phenomenon. Most people reading this post will be familiar with the various stories of individuals who fall victim to accident or injury, only to recover baring seemingly supernatural gifts. In 2002 Jason Padgett, an average Joe furniture store employee, was mugged by two men and suffered severe brain injury. When he eventually recovered he become obsessed with mathematics and physics and discovered that his vision allowed him to "see" the equations and formulas all around him. More recently a woman who chose to remain anonymous detailed how, after suffering a concussion from a skiing accident she was able to recall the most minute details of every place she had ever been or seen and replicate this into accurate maps and diagrams completely from memory. There are more such stories ranging from sudden mathematical genius to musical prowess or artistic abilities. This sudden onset of these abilities has been dubbed 'Acquired Savant Syndrome'. 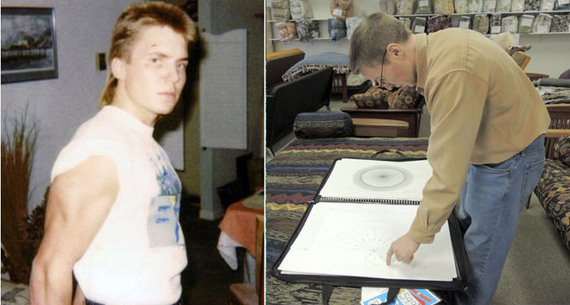 Further examples of bizarre medical enigmas activated by physical or psychological trauma - In August 2012, 25-year old semi-professional footballer Rory Curtis from the UK suffered severe brain trauma in a car accident and fell into a coma. When he awoke 6 days later he was convinced he was Matthew McConaughey (yes, the actor!) and could suddenly speak fluent French (despite only having taken basic French lessons in school). Two years after the accident and sudden onset of his newfound linguistic skills there were no signs of his powers waning. In a similar scenario, again in 2012, 22-year old Australian Ben McMahon was involved in a horrific car crash in which he almost lost his life. When he awoke in hospital and opened his mouth to speak, he spoke (and wrote) fluent Mandarin. Ben did take Mandarin classes in school but was nowhere close to fluency. It took another 2-3 days before he remembered how to speak English! When asked, Ben commented:

"I wasn't consciously thinking I was speaking Mandarin, it was what just came out and it was what was most natural to me"

Ben fully embraced his new found gift and went on to host a Chinese game show and eventually moved to Shanghai to study commerce.

There is a less pronounced version of this phenomenon where people develop the accent of another country or region but retain their own language. This has been dubbed 'Foreign Accent Syndrome'. 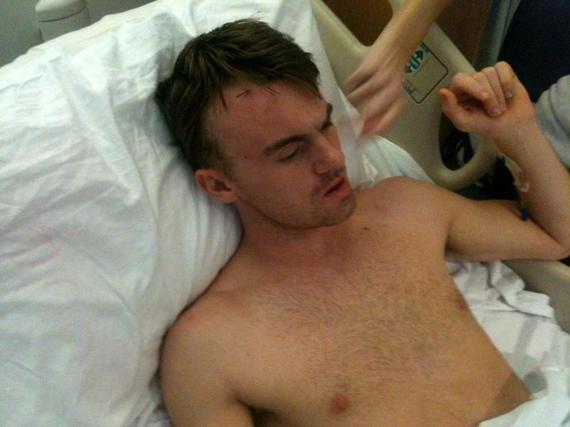 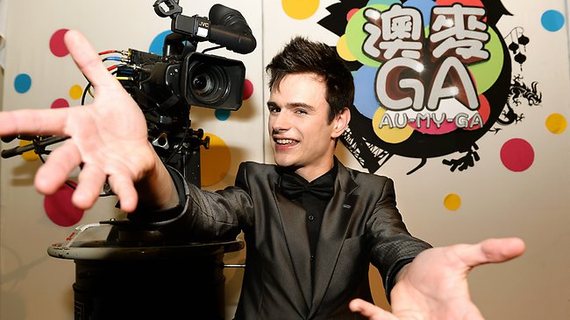 These spontaneous abilities are not limited to the mind. We have all read those stories about woman who seemingly gain superhuman strength to rescue a trapped child. This kind of sudden strength is referred to as 'Hysterical Strength' due to it being commonly linked to life threatening situations. A frequent explanation is that a sudden burst of adrenaline causes the increase in strength. According to Wikipedia this kind of sudden superhuman strength is theoretically impossible and has yet to be proven.

There are, however, well-documented (though albeit temporary) super humans amongst us. Maybe even in your own home.

Up until between the ages of 6 to 12 months, new-born babies are able to support their entire body weight by their chubby little grips alone. Even using only one hand! Think about that, it's incredible!
This 'super grip' has a name, The Palmar Grasp. Obviously there is no safe way to prove this (so please don't start dangling babies!) The good (I think?) news is that it was already tested for us way back in 1891. One researcher tested the Palmar grasp on 60 different babies, having the new-borns dangle from a walking stick! Almost all of the babies could perform this superhuman feat for up to 10 seconds. In one case the baby lasted 2 minutes 35 seconds! (One can only assume this was Clark Kent). 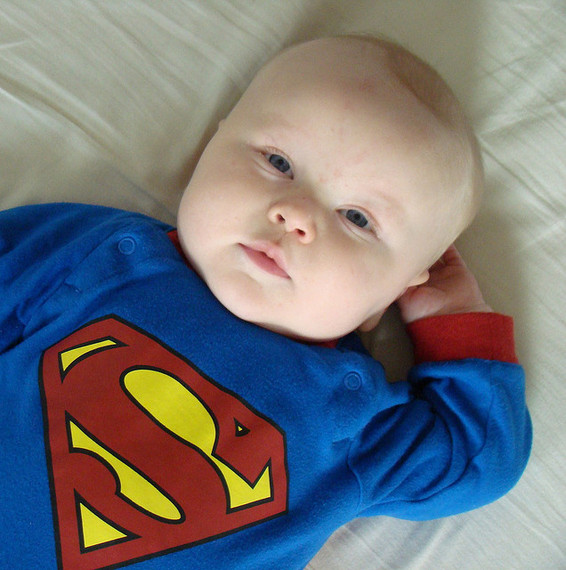 Arguably the cases described above (and these are only a few of many) blur the lines between what we know about the human condition and pure science fiction. But perhaps this is a good thing.

If Acquired Savant Syndrome is the equivalent of activating some form of psychological/neuron induced trigger switch, who's to say whether the entire kaleidoscope of human ability isn't locked inside each and every one of us? When our parents gaze lovingly into our eager, inquisitive little eyes and tell us that we can be anything we want to be in life, what if that is literally true. We just have to find the trigger to unlock that seal of untapped potential.

What if Usain Bolt had the speed cheat code activated from birth and all it took was recognition and nurturing?

The saddest thing in this author's opinion is that, theorising that every one of us has these hidden talents locked within us, what if we never discover which cheat code is activated in us?

What if musicians, artists, authors, and the entire spectrum of talented people across all professions are only those lucky enough to have stumbled across which trigger is set in the 'ON' position for them?

Taking the thought process to its natural conclusion, does simply thinking that we can't do something make it a self-fulfilling prophecy? Would babies retain their incredible strength if the world didn't impose its limitations of what should possible. There are certainly creatures in the animal kingdom whos strength far outweighs their stature. (Ants, for example, can lift 20 times their own body weight!)

Would we die if we weren't taught that we are meant to have an average shelf life of 60-80 years?

Break those shackles, defy your expiry date and believe in the impossible. It is happening across the globe every day.