This week's Animal Oddity asks the question whether or not it's possible for a half human, half chimpanzee to exist.

It sounds like the plot of a science fiction story. Indeed, H.G. Wells explored the idea of "Beast Folk" in his book The Island of Doctor Moreau. In the book, published in 1896 before science had the advanced knowledge of genetics we have today, Doctor Moreau used vivisection to physically change the form of animals to make them more human-like. The 1977 film version sticks to that plot point (and gave me nightmares when I saw it on TV as a little kid in the 80s) but the 1996 reboot changed the method from vivisection to genetic engineering. 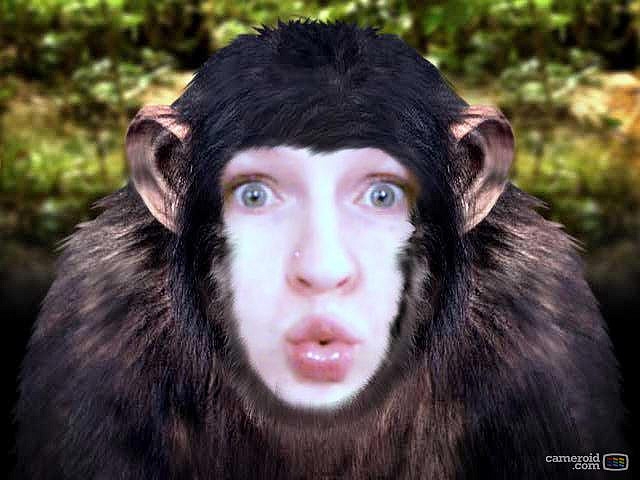 Science fiction aside, it's a serious question that has a long history of being asked because the answer is yes, it's scientifically possible that a human-chimpanzee hybrid could exist. We share over 98 percent of our DNA with chimps, and while that one-plus percent is responsible for a lot of differences (just look at us side by side and that's apparent), it's still close enough that if the two species mated, a viable offspring could theoretically be produced.

That said, scientific ethics and cultural mores prevent such things from happening, and if those fail there's the simple matter of the lack of physical attraction to other species with which biology equips all sexually reproducing things.

[NOTE: the following paragraph has been edited by the author for further clarity and accuracy.]

Which leads us back to Dr. Moreau (at least the 1996 version). The only way a "humanzee" would be created would likely be in a petri dish. Again, this is quite unlikely to ever happen due to ethical issues--but not out of the realm of possibility. But shockingly, during the 1920s, Russian scientists attempted experiments to inseminated female apes with human sperm and human females with hybrid embryos created in a lab.

Check out this video to learn what happened and more about the possibilities of humanzees.

Symbolically adopt a chimpanzee baby with the National Wildlife Federation and watch more chimp videos from Animal Planet. Also, don't miss Animal Planet's new series Finding Bigfoot about a creature that some believe to be a human-ape hybrid.