When you start to Google "millennials are...," here's what comes up:

We are, aren't we? We're lazy, dumb, stupid, selfish and basically every one of the seven deadly sins wrapped up into one little monstrous, destructive package here to empty your bank accounts and burn all of your books. 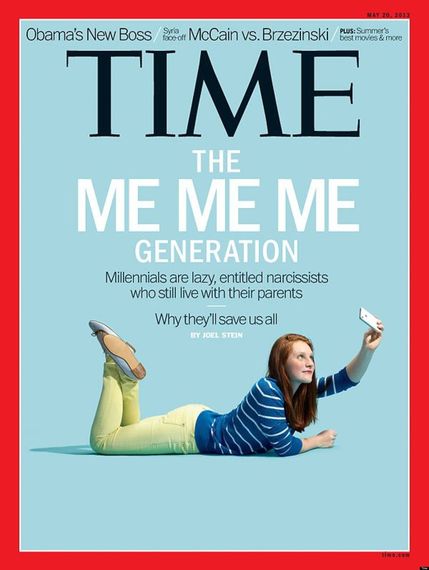 Or the sports reporters who made fun of these baseball fans taking selfies. 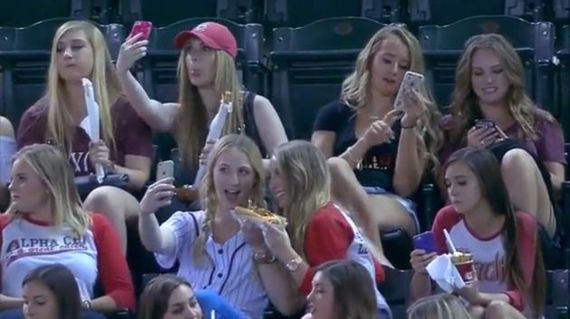 Ask your parents, your local grocery store owner, your pediatrician: 4 out of 5 dentists say that millennials suck.

If millennials had a PR team, it'd be an office full of people scratching their heads and pulling out their graying hair as they write to news sources asking them to rescind their comments about the twenty-somethings that are ruining the world.

We've got a really bad rap, and that's not changing anytime soon, especially with all of this talk about making America "great again."

As a selfish, totally annoying millennial, I came face to face with the argument that young people are too self-absorbed and ignorant to remember the past. Students these days are too stupid to know history, unlike our activist movements would lead you to believe.

In this particular, personal case, a man was insulting my peers for apparently not recognizing an old news anchor named Walter Cronkite. Specifically, he was stunned that the editors of my college newspaper did not respond when shown a picture of Cronkite and asked, "who is this?"

Though most of us know who he is from old news clips or the countless times he's referenced in pop culture (or, God forbid, books,) this group knew his name because they knew his grandson, Peter, who worked at our college newspaper and passed away a few months ago.

The journalist mistook the uncomfortable silence for ignorance and later warned his Twitter followers of the woes of dealing with modern day youths, a cautionary measure that far too many adults are taking.

The students weren't ignorant, they were mourning their friend.

Millennials aren't self-absorbed and under-educated, we're products of our society, and we take advantage of the technology we're lucky to have grown up with.

Before writing off selfie-takers as narcissists, adults should recognize that self-love is something crucial in a world filled with dangerous body shaming. Before ranting about younger generations not understanding money or history, adults should acknowledge that perhaps our upbringing wasn't entirely our faults, and maybe our political movements will change the flawed system. Before getting angry at kids for staring at their phones, let's remember that smartphones contain the answer to nearly every question mankind has ever asked (thanks, Internet) and connect us with people across the planet.

Before assuming that our flaws are a generational issue, look deeper into what you're critiquing.

Nobody should be shamed for using technology to their advantage, and the weight of everything that's wrong in the world shouldn't fall on the generation that didn't screw things up in the first place.

Millennials aren't dumb, and we'd love to show you how to build your social media platforms and crowd-fund world-changing start-ups once we finish taking this really cute selfie.