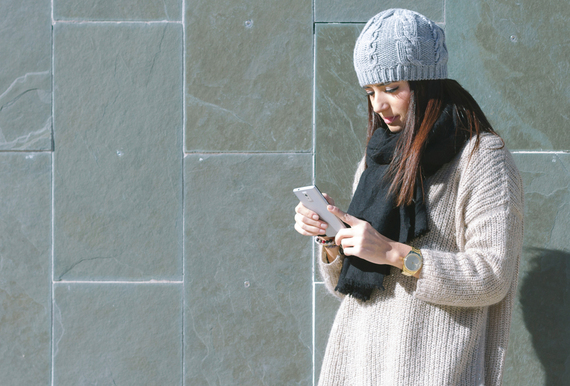 Our generation, sometimes referred to as Millennials, has entered unknown territory when it comes to methods of collecting information. Nowadays, social media has allowed the spread of information at a rate that has never been seen before.

But speedy methods of communication don't necessarily guarantee that said information is actually being consumed. Some argue that this generation's increased access to information results in teens being more informed than any group before them. But others insist that while young people are exposed to more information, they fail to accurately learn from it. So which side is correct?

The perception that Millennials are less informed is backed by recent research. In 2012, a Pew Research survey reported that members of the Silent and Boomer generations spent almost twice the amount of time following the news as Millennials. But polls like this fail to take social media into account as a news source; earlier this year, the Media Insight Project released research that found 88 percent of Millennials use Facebook as a source for their news.

So does social media keep Millennials as informed as newspapers kept other generations informed? Well, it does allow people to become more informed if they choose to use it that way.

"We are a generation that is completely aware of everything going on," Jones junior Audrey James said.

An example of this is the rise of the Black Lives Matter movement, which owes a lot of its success to social media. The 2014 events in Ferguson, Mo., caught the attention of millions even as law enforcement worked to keep journalists at bay--people could get a glimpse of what was going on through social media.

And when people become aware of a major news event, they also have the capability to learn more about it.

"I believe it's a lot easier to find the information because there are a lot more resources at our fingertips," Glenbard East journalism teacher Jeffrey Kargol said. "People can pretty much go online and get informed about something, while other generations couldn't do that. So, does this generation have the capability to be more informed? Absolutely."

While many agree that the widespread use of technology is key in keeping the Millennial generation informed of current affairs, many think young people don't take advantage of that technology.

"I don't believe we are informed as much as we should be," Glenbard East sophomore Kelly Tautkus said. "Our generation is all about texting, video games, how many likes have we got on social media. It's sad that more teens will know what the Kardashians are doing and have no idea what's going on in Syria or what the European immigration crisis is about."

Jones junior David Flores believes that being informed is a matter of choice. While teens have the capability to be more informed than previous generations, many of them don't take steps to do so.

"People just seek what interests them," Flores said. "For example, there can be a Twitter post that says, 'CPS goes on strike,' and that's as informed as people want to be. They won't search as to the exact reasoning for the strike and why it's happening."

Unlike sitting down and watching the evening news, Twitter and Facebook provide users with the ability to pick and choose what information they see and investigate more closely. While this is a powerful tool, it requires responsible use to actually serve its purpose.

"We subconsciously filter out what we don't want to be informed on," Whitney Young senior Avelardo Rivera said. "Such as people with a news app can choose what sort of news they want to see. People filter the information they are fed."

So are teens actually less informed than past generations? Not necessarily, according to Paul Booth, an associate professor for media and cinema studies at DePaul University.

"It's only in the past hundred years or so that children and teenagers would have had free time to become engaged with the world around them," Booth explained. "For many years, people went to school and then went to work, and the idea that you might have free time to spend on media- or technology-related issues would be laughable! So, the rise of leisure time goes hand-in-hand with technological growth."

Of course, to be informed doesn't mean one has to know everything. Decades ago, all the news of the day had to fit into a newspaper, but now there's significantly more information available.

"Today we have access to almost all the news around the world, so it's literally not possible to know everything," Booth said. "Teenagers know more today than they did the in the past, but it's just a drop in the bucket compared to all the news that's out there. No one can know all that!"

Even if older generations aren't fond of social media, it's hard to deny that the way we consume news is changing. Many newspapers are beginning to move their business online. As the generation who grew up on the internet, teens already have a head start to understanding the information that can be gained online.