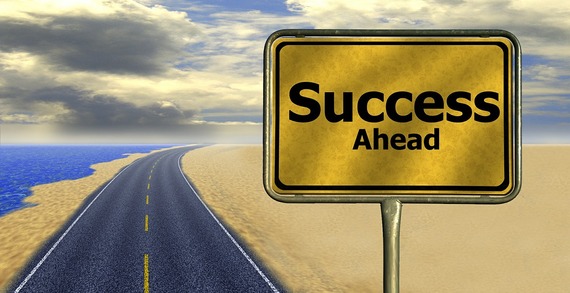 Daily articles are written about Millennials, but are they really that different from their Baby Boomer parents?

Get a cubicle job, a perfect marriage, two large cars, and a white-picket fence in the suburbs. Though these symbols are often associated as key to the "American Dream," they are based on a post-WWII 1950s world, a world that looks much different sixty years later.

When the Baby Boomer generation (those born between 1946 to 1964) came-of-age, the core beliefs in working hard for success, prosperity, and social mobility existed, but Boomers added the ideas of self-realization and self-fulfillment -- so much that they were dubbed the "Me Generation" (which only a few seemed to remember after Time Magazine published a cover naming Millennials as the "Me Me Me Generation").

Now Boomers are hurling the stereotypes of narcissism and entitlement to a whole generation made up of their own Millennial offspring (generally defined as born 1980 and after). But are the Millennials actually that different from the Boomers? After all, the core, capitalistic American value of achievement and success is alive and well across both generations. Perhaps the younger generation isn't having a shift in fundamental values, but rather Millennials are simply defining the symbols of success differently and in a way that makes sense given the economic and technological realities of their generation.

(Note: According to Pew Research, a nonpartisan fact tank, the often overlooked Generation X (born 1965-1979) experiences the left out "middle child" syndrome in these debates particularly as they only represent 65 million vs. the 75+ million each of the Baby Boomers and Gen Y/Millennials.).

After the post-war economy of the mid-20th century, corporations were profitable, consumer goods were plentiful, and opportunity was ripe. Thus, for the Boomers, "success" has typically meant focusing on financial stability (the bigger the salary the better!), a high-achieving career, living a suburban lifestyle, and owning assets from big houses to fancy cars.

The Millennials grew up in quite different times in the world. Many graduated at the height of the recession with tuition skyrocketing over 1,120 percent since 1978, saw their parents struggling to keep a work/life balance, experienced their formative years hyper-connected and more global than ever, and had years of dealing with increasing severity of issues from climate change to gun violence. Thus, "success" seems to mean an abundance of experiences rather than an abundance of things, a career that provides a basic level of financial enjoyment as well as one that's fulfilling a passion, a lifestyle that promotes health, and social media accounts that depict all these achievements (whether for better or for worse).

Lauren Stiller Rikleen, President of the Rikleen Institute for Strategic Leadership and author of You Raised Us, Now Work with Us: Millennials, Career Success, and Building Strong Workplace Teams, writes:

Millennials reject the notion that success is measured by income and long hours... They see success as including the opportunity to participate fully in the lives of their families. And they are not embarrassed to include among their key priorities the need to exercise and maintain friendships. Further, they will seek workplaces where the growth and development of employees are a strategic focus and where a culture of inclusion and respect is a priority.

The real question is whether the Millennials' current definition of success will change. Are these simply characteristics of a life phase and Millennials will eventually become like their Baby Boomer counterparts seeking material symbols to show off their success? Or is it going to be a long-term, sustained difference of focus on experiences rather than things? After all, once upon a time, the Boomers themselves were hippies who also demanded social change through the human rights movement and questioned authority before settling in to the pursuit of happiness via the pursuit of things.

Until then, let's end the back-and-forth between the two generations. After all, the mid-90s born teenagers of Generation Z are set to overtake us all.