Paid for by Lightstream 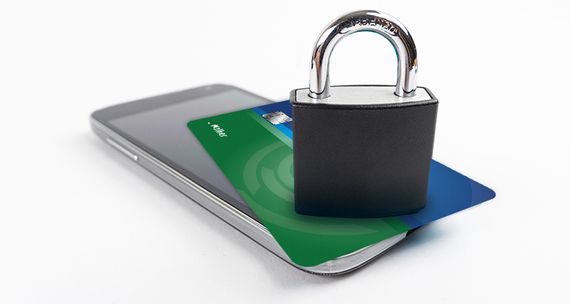 A recent study noted that almost half of the world's credit card fraud takes place in the U.S., although we only account for a quarter of the global credit card volume. Many experts attribute this disparity to the fact that the U.S. has lagged behind the rest of the world in adopting EMV chip enabled credit cards. But it doesn't stop there.

Starbucks made headlines in May, but not in a good way. Multiple major news outlets -- including CNN and ABC News -- reported that criminals had hacked into the Starbucks' mobile payment app and drained funds from unsuspecting Starbucks customers. Hackers chose to target the Starbucks app because many coffee addicts store their credit card information in the Starbucks app so their loyalty account can be automatically reloaded once the funds have been depleted.

The app is the preferred means of payment for many loyal customers. Some estimate that the use of the mobile payment system accounts for more than 15% of all customer purchases. Starbucks also benefits because a company app can reduce overhead and expenses by allowing a company to pay lower fees when accepting debit or credit card payments.

Starbucks Denies Their App Was Hacked

In an official statement, Starbucks claimed that their mobile app had not been hacked, and that any news reports that stated otherwise are simply false. Starbucks' side of the story was supported by prominent cyber security expert, Brian Krebs. He is widely known as the most knowledgeable person in the cyber-crime industry, and he claims that this time, the media got it wrong. "When it comes to reporting on breaches involving customer accounts at major brands, the news media overall deserves an F-minus." Ouch.

Does that mean there is nothing to worry about when using mobile payment technology? Not exactly. One of the leaders in mobile app technology for processing payments is a company called Venmo, owned by PayPal. Venmo processes hundreds of millions of dollars in transactions each month. The company's chief security officer recently apologized to customers who complained that Venmo had not done enough to respond to fraudulent activity in their accounts.

That apology followed a rather scathing article published on Slate.com, describing how a Venmo customer lost thousands of dollars when he believed that his account was hacked. His bank, JP Morgan Chase, responded quickly and refunded the money that had been taken. Meanwhile, Venmo allegedly took almost two days to respond. That's a significant delay because Venmo apparently has a policy that if you lose money due to fraudulent use, you only have 48 hours to report it before you lose much of your liability protection.

Obviously, mobile payment technology is still in its infancy and is not yet bulletproof. Hackers are sophisticated, too, and the malware protection for mobile apps can still have serious vulnerabilities in the protection it offers. Phones themselves are not particularly secure either; when you use a smart phone for wireless payment transactions, you are dealing with several kinds of technology that have to all work together in a seamless but secure way. For example:

Steps You Can Take for Added Protection

What can you do to help ensure you have the best protection currently available? Experts suggest using a system or platform that requires two-factor authentication. That means that after you type in your password, you also have to provide additional information. Sometimes that will be a separate temporary passcode sent to you via text message.That may seem like a hassle, but if the apps you use offer that option, you should definitely use it. A small inconvenience now is much better than a larger, more expensive data breach later.

The final piece of advice that is easy to ignore, but is absolutely essential, is to use unique, one-of-a-kind passwords for each account. Much of the hacking happens because criminals steal one important password and try it out on more critical applications, such as bank and credit card accounts, and Voila! it works there, too! Eventually technology will improve and so will the security of payment apps, but in the meantime multiple technologies are susceptible to fraud and consumers should take the necessary precautions to make sure private information is secure.

How The War In Ukraine Could Hurt The U.S. Economy

13 Vacation Habits That Are Secretly Stressing You Out