Before booking a hotel room or trying out a new restaurant, I used to check online reviews. Yelp was a favorite site, but I consulted other online review sites as well. I read feedback in Amazon very carefully before buying a new facial cream or shoes or just about anything. I pored over Tripadvisor reviews before travelling.

I trusted those online reviews.

To my disappointment and some distress, I learned about "astroturfing." If you're like me, I had no idea what astroturfing means. Astroturfing is defined as "creating the impression of public support by paying people in the public to pretend to be supportive." 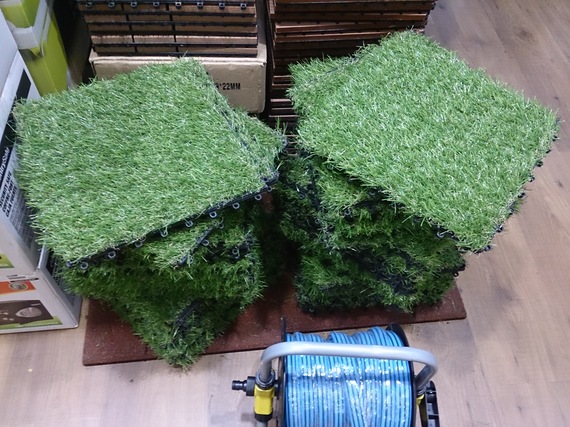 The root word, AstroTurf, refers to a brand of artificial grass. Astroturfing is the opposite of "grassroots" which refers to genuine support coming from the people.

The practice of astroturfing is done in politics, advertising, religious or public relations. It happens in online sites, some of which I've mentioned.

What I realized is that the reviews that I had vigilantly consulted before I made my "informed" decisions, were not that reliable. Not all of the reviews on Yelp, Amazon, and other sites are done by ordinary consumers like you and me --- no, quite a number of the reviews are written by people who have been paid to post the reviews.

A September 23, 2014 article in Business Insider, mentions that 19 companies posting fake reviews in Yelp, Google Local, and CitySearch.com were busted by New York State Attorney General Eric Schneiderman. The 19 companies had to pay combined fines of more than $350,000 for what has been called the 21st century's version of false advertising -- astroturfing.

Yelp itself admitted in 2013 that a quarter of submitted reviews could be fake. In 2015, Amazon sued more than 1,000 people for allegedly writing fake reviews on its site, reviews which in some cases boosted the sale of products to astronomical heights.

The situation now may be worse because people are more knowledgeable about manipulating the algorithm of online sites, and they are more savvy at masking their identities. Some of these companies hire people from India or the Philippines to write fake reviews. Reviewers reportedly create fake identities, email addresses, and "life stories" for each of their persona.

Here are more sites about astroturfing, this new scam that now proliferates and affects our lives.

Here's my advice to my readers: Stop relying on online reviews. If you still want to check them, read between the lines. Beware of the 5-star and 1-star reviews. Be wary of a handful of reviews. Take those online reviews with a grain of salt.
~~
The photos are courtesy of Wikimedia and Wikipedia.

Writer and editor of 20 books, including the forthcoming novel, The Newspaper Widow