Recently CBS News reported on what they called "The New Fatherhood," which featured two men: physician Conrad Cean and photographer Alan Cresto, each of whom decided to be a parent, without a partner. Each purchased eggs and hired a surrogate to carry a child for them, intentionally creating motherless children. 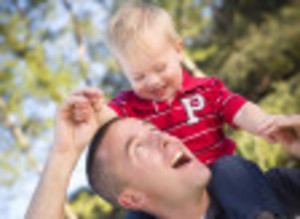 Clinical psychologist Barbara Greenberg appeared on the segment applauding their family-building, joining the CBS News anchors in admiring the men's choice to be fathers. There was no recognition in the entire news report of the controversy surrounding surrogacy, which is illegal in most of the world and which has a movement in the U.S.to ban it. Nor any mention that anonymous gamete donation is banned in 11 countries or that there are efforts to offer alternatives here.

The promos for the CBS News report described the segment as: single men "having" babies "all alone" because "their biological clocks were ticking, too." Men and women can raise children alone, but they cannot "have" them "all alone" and suggesting that they can totally negates and dehumanizes half of their children's genetic contributors and the women who gestate their children for nine months and go through labor and delivery.

It's human nature for us to ask when a new baby joins a family, "Who does he look like?" It is likewise human nature to be curious about who begat us and how we are connected physically to our kin and our clan. Genealogy is a 1.6 billion dollar hobby and the second most popular category of internet visits, second only to pornography. For more scientific proof of the importance of genetics in our lives one only needs to read Dr. Buchard's Minnesota Twin Study.

Generations of sealed, secret adoptions have, however, made eradicating genealogy and replacing parents seem perfectly acceptable. Social parents are important, but as we grow into adults we all also seek and deserve access to our heredity and our lineage.

The Fight for Fatherhood

Mothers, married or not, have an automatic right to maintain custody of children they bear. This right can only be severed voluntarily or by a claim of abuse or neglect. Not so for fathers. Fathers who are married to their child's mother are automatically considered the legal father with all inherent responsibilities, without any paternity proof required. Children born into a marriage cannot be adopted without the consent of both parents.

For unmarried fathers the laws are drastically different. While men like Cean and Cresto are becoming single fathers, other men are being deprived of their right to raise the children they fathered despite positive DNA proof of paternity. Children can, and often are, placed for adoption without their father's consent, denying children the knowledge of, and love from, a parent willing and able to care for them, and leaving many capable, loving fathers embroiled in years of expensive and tangled litigation.

The high demand for newborn infants, coupled with the tens of thousands of dollars adopters are eager to pay, creates a climate in which mothers report being encouraged by adoption facilitators to claim fathers as "unknown" and lie to the fathers about their children. Often they are sent out-of-state to arrange adoptions surreptitiously. Many fathers are left in the dark until it is too late.

In the 1990s there was an uproar about the "breakdown of families" and the "fatherlessness" of America created by single motherhood. "Some advocates would say that almost every social ill faced by America's children is related to fatherlessness," according to the National Center for Fathering.

Sociologists, politicians and religious leaders point with alarm to single-parent, mother headed households and the harm caused to children born "out of wedlock" such as intergenerational chronic welfare dependency and delinquency. In 1995 the Heritage Foundation noted that "the rise in violent crime parallels the rise in families abandoned by fathers."

In a climate that still disdains deadbeat and absentee Dads, it is astonishing that Attorney Wes Hutchins has represented more than 30 capable, caring fathers whose parental rights were abrogated by their babies' mothers and their children adopted without their consent. How do we as a culture justify depriving children of a parent and their extended family who want to be responsible? How is this in any child's best interest?

Some fathers have lost parental rights while serving their country in the military. This was the case in the highly publicized contested adoption of Baby Veronica, born in 2009, which wound through the courts in two states until 2013, sending the child back and forth between unrelated adopters, the Capobiancos, and her father, Dusten Brown, who in the end lost his years-long battle.

Other fathers have been victims of deceptions such as not being told of the pregnancy, being repeatedly assured that no adoption would occur, or being told the baby had died. Even when such fraud is recognized by the court, fathers' rights are denied. Such was the case in Utah (infamous in the adoption community as the state with the worst record for fathers' rights) where the Supreme Court recently denied Jake Strickland's appeal to reverse the adoption of his son, born December 29, 2010. The child's mother had agreed not to proceed with an adoption if he agreed not to file a paternity action. Duped, he spent four years fighting for the right to be Dad to his son only to have the court rule that the mother's misrepresentation was not cause to undo the adoption and return Strickland's son to him.

A mother learned that her 17-year-old son's girlfriend was expecting a child when she received a phone call.

"After a very confusing conversation [an attorney] told me my son's recent ex had a baby 3 weeks prior and they needed him to sign papers so they can go forward with the adoption! One would think, they would be asking if he wanted to raise his daughter, or if there were any other family willing to do so. NO. It was to TELL him he WAS signing papers because they found a family for her."

With children's lives hanging in the balance, these cases drag on for years, seldom allowing visitation with the parent who is seeking custody. A case, playing out in Tennessee, involves Gabi, who has brothers and sisters, grandparents and a father fighting for her. They say:

"Not only did Gabi's adopters know the identity and location of her father, but they conspired with her mother, maternal aunt and their attorney to keep her whereabouts a secret from him and thwart his attempts to raise her. They have also conspired to lie in Court regarding their knowledge of Gabi's father in order to trick the Court into finalizing the adoption without searching for him or giving him notice to these proceedings."

The Dichotomies and Consequences

The concern has been unmarried mothers (many of whom subsequently marry) and the divorce rate that leaves children in single households. Yet we now praise women - and men - who intentionally deny their children their mothers or fathers. It's a "choice" and all choices regarding parenthood, for those who can afford them, are acceptable, as if children are nothing more than commodities.

We bemoan the plight of orphans while snatching children who have willing and able parents. We covet newborns, preferably those related to us, yet allow practices that destroy kinship ties and biology. We deny some knowing parents - even those who have not been paid, not signed any contracts, and not sought anonymity as do surrogates and egg and sperm donors.

Despite four decades of adoption experts and reformists arguing against it, the mega-billion dollar adoption and reproductive technology industries - including the sale of frozen embryos- continue to eradicate natural, biological family connectedness and allow anonymity for genetic material donors. Adoption and reproductive entrepreneurs and their clients disregard generations of adoptees who describe the pain of feeling disconnected to their lineage, some saying they feel they were "hatched," longing to see someone who looks like them and to know from whom they inherited traits.

We create motherless and fatherless children despite "the voices of the donor-conceived"... "the vast majority" of whom, according to Wendy Kramer, co-founder and director of The Donor Sibling Registry:

"...express that knowing or having known the identity of their donors is better than not knowing, psychologically-speaking. ... having a complete sense of one's biological origins fosters a more whole identity, which can positively impact self-confidence (not to mention the importance of knowing one's family medical history). They also prefer knowing and connecting with their half-siblings, just as anyone would want to know their first-degree genetic relatives."

Society is creating beings without connection to all or half of their roots and their kin in total disregard of the dire warnings. Adoption and reproductive technologies - both of which provide children to those who want what they want - are very lucrative.

While these children are assumed to be well cared for, we are plodding ahead into technologies and questionable practices without regard for the emotional toll on those who grow up with dehumanized birth parent(s), sperm or egg donors, or rented wombs. 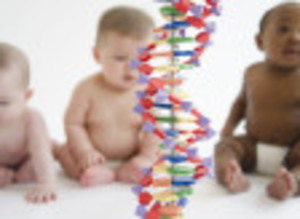 For generations mankind has pondered whether nature or nurture was the more important in forming who we are. Clearly DNA is vital to our physical being and health, but the debate continues because there is no one either/or answer - psychologically - when it comes to nature and nurture. We are creatures of both. It thus behooves us to pause and consider the emotional and social ramifications of raising disconnected generations who are receiving the message that their ancestry - and perhaps all human beings - are interchangeable and disposable.