This is the first time, ever in my life, where I have heard science being highlighted within a pre-Super Bowl football game press conference. As a scientist, I was extremely happy and puzzled at the same time. And surprisingly, the data in this situation left me questioning how people can use science to either help an NFL team win or advance it inappropriately.

During a New England Patriots vs. Indianapolis Colts NFL Pre-Super Bowl game on January 18, 2015, the Patriots defeated the Colts, 45-7, to earn their eighth Super Bowl appearance. However, controversy filled the Internet the next day. The NFL determined that the Patriots used under-inflated footballs, which could have compromised the game, plus the balls were illegal per NFL specifications. This result led NFL officials to investigate how this event could have happened. Now, I am not the most knowledgeable football expert, though I am a scientist. And when there's science in the news, I am on it! Within this controversial event, there are important aspects of football physics that require discussion.

1. The Physics of the Football Itself

"NFL quarterbacks are spin doctors," according to the NBC sports educational video entitled "Science of NFL Football: Geometric Shapes, Spheres, Ellipses and Prolate Spheroids." The video continues, "The spiral is what tends to keep it going along the path that the quarterback would like," says Professor Tony Schmitz, a mechanical and aerospace engineer at the University of Florida and coach of the Newberry High School football team in 2010. Altering the basic shape of an ellipse, a football is made by rotating the ellipse about its long axis to form a prolate spheroid, which helps the football spiral, through the gyroscopic effect. The continual spin helps the ball maintain its control and trajectory. 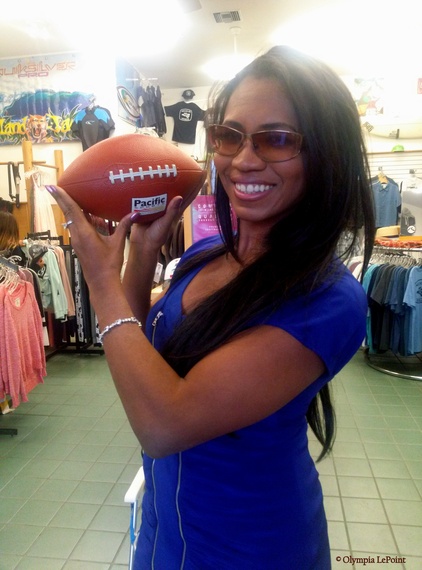 Me holding a football that is in the shape of a prolate spheroid.

As a woman who helped design advanced rocket material for space, I can share the best analogy that comes to mind: a drill. Think of a drill rotating to move through wood. Similar to the drill's rotation, the ball's spiral movement cuts through the air and keeps the football on its path. As the ball rotates, it separates the air around the ball and football surface. The result reduces drag. When the air friction against the ball is reduced, the ball moves faster for longer distances. However, a few critical factors hinder the ball's effective direction and speed. One factor is the ball's internal air pressure, also known as air inflation.

2. The Physics Behind Under-inflation

The initial NFL findings indicated that the game balls did not meet specifications. The league inspected each of the Patriots' 12 game balls twice at halftime and found 11 of the 12 game balls were under-inflated by about 2 pounds per square inch (psi) each, despite NFL specifications that state balls must be inflated to 12½ to 13½ psi. This fact was found using two different pressure gauges. The findings imply that the 2-psi deflation reduced the amount of air inside the ball roughly by about 15 percent.

Further, a "spin doctor" usually finds that a softer football is easier to throw and catch, especially in rainy conditions. This wet-weather scenario was the same on the Sunday game night. Further, an under-inflated ball reduces the bounce when it impacts the receiver's hands, and the ball is easier to catch. Conversely, an over-inflated football typically bounces off a receiver's hands and is less easy to handle in off-normal weather conditions. To add, each team's offense uses the footballs their team provides. And on severe weather condition days, the players are able to use 24 balls instead of the normal 12. In short, an under-inflated football is easier for a quarterback to grip and handle in bad weather. Plus it gives an advantage to a team that is on the offense.

3. The Physics Caused by Weather Temperature

Many fans questioned how this ball pressure issue could have happened. Some people speculated cold temperatures could have caused the drop in the air pressure, similar to a tire's deflation during winter. According to the January 2014 article "What's This Cold Weather Doing to Your Tire Pressure?" published on Truckinginfo.com, cold air significantly affects air pressure in truck tires. Take, for example, the study concluded by Ryan Holtan, the director of finance and operations at Aperia. Ryan Holtan explains, from a professional trucking transportation study: 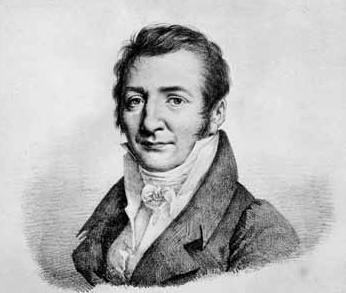 These principles stem from a scientific discovery by the French mathematician and physicist Jacques Alexandre Cesar Charles. He concluded in 1787 that if the pressure of a gas remains constant, the volume of the gas will increase as the temperature increases. If the temperature decreases, the gas occupies less space. The equation representing this phenomenon is V1/T1 = V2/T2. Further, the Ideal Gas Law in physics indicates that a reduction in temperature corresponds to a reduction in pressure, PV=nRT. The pressure of a confined gas multiplied by its volume equals the number of molecules in the gas multiplied by the temperature. Therefore cooler air in a fixed ball volume leads to less pressure. But the volume in an NFL football is not the same as the volume in a large truck tire. Moreover, the temperature was 51°F at kickoff, in Massachusetts. So this theory is highly, and scientifically, unlikely to have caused the 2-psi under-inflation.

Will we ever know the truth? Others have speculated that the pressure dropped during warm-ups. And there is the theory the Patriots intentionally deflated the footballs to make them easier to handle. However, per the press conference on Saturday, January 24, 2015, Patriots coach Bill Belichick stated to reporters, "I believe 100 percent we have followed every rule to the letter." The team has denied all such illegal actions. Bill Belichick even quoted science, like Bill Nye, Neil deGrasse Tyson or me. And I had to smile!

What do you think is the truth? Where physics used for an appropriate or an inappropriate win? Take the poll by answering the three questions below.