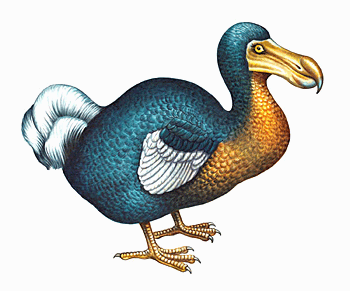 A recent article in The Chronicle of Higher Education, which appears to have been updated since it first appeared, has this headline, "Small Colleges' Closure Rate Could Triple by 2017, Moody's Says." Another piece just appeared in Inside Higher Ed; that piece has the headline, "Closures to Triple." Ominous-sounding, right? Eye-poppingly bad if you care about small colleges.

But, in reading the Moody's Report dated Sept. 25, 2015 (the Report or Moody's Report), which is 11 pages with appendices and which Moody's graciously forwarded to me with permission to comment on its data points, there is much more than meets the proverbial eye. Seen and evaluated in a more fulsome fashion, the scary pre-Halloween-like headlines can be mediated.

Start here. The actual number of closures of small colleges over the past decade isn't large by any measure, averaging five (5) closures a year according to the Report. Yes, five. Predicting a tripling would mean 15 closures annually. True, that's not miniscule (particularly for those institutions' students, faculty, staff and alumni) but it is less than one percent of all small colleges, of which there are approximately 2,300.

But, here's the real kicker and what troubles me: there are inaccuracies in the Report, most particularly in Appendix 1. When sharing impending danger, one has an obligation to be accurate and complete. On this score, Moody's fails. And the headlines, while true and attention-grabbing, actually miss the real story.

This piece is an effort to share that real story.

Let's start with a summary of Moody's data points:

(1) Over the past decade, the majority of small colleges have not had, and are not expected to have in the coming years, revenue growth in excess of 2% annually;
(2) Exhibit 2 of the report shows the percentage of institutions with less than 2% growth in revenue rising from less than 10% to over 50%.
(3) Small colleges have already lost and are expected to continue to lose market share because they cannot provide what students want in terms of academics, student life programs and facilities;
(4) Exhibit 3 shows Moody's prediction that larger institutions will grow by .5% in the coming two years while small institutions will shrink, in terms of market share by 1.5%, producing the largest spread in the last five years;
(5) Small colleges with clear niches, private funding or solid balance sheets will, it is predicted, be able to persist "against the odds;" and
(6) Small colleges have inefficient cost structures and net tuition revenue is providing a decreasing percentage of costs, meaning that here must be other sources of revenue to meet expenses.

These just-identified findings provide those who care about small colleges some doable suggestions for how to remain vibrant: develop niches; engage students in meaningful programs and find ways to collaborate with others to expand opportunities off campus with other colleges or institutions in the community; improve cost structures by partnering or sharing with others, including larger institutions; focus on revenue growth and reflect on ancillary revenue streams to diminish reliance on net tuition revenue. Nothing shocking here.

Within the Report, note this startling flaw: the treatment of mergers. The Report speaks to the possibility of rising merger rates as if that were yet another danger signal for small colleges. But, closures and mergers are not synonymous terms. Importantly, mergers can be very positive for both merging institutions. Again, the numbers referenced in the Report are stunningly small - two to three mergers a year on average over the past decade according to Moody's.

Who wouldn't expect that number to rise? From my perspective, we would be way better off if the number of mergers well exceeded the number of closures; mergers are a pathway to success or at least reinvention for small institutions so they can leverage resources and strengths while expanding student opportunities. And, hint: that fact is what Moody's data actually show.

The Report continues by listing in Appendix 1 (the "List") the names of 25 small colleges that have closed since 2010. The List is considered to be a "representative" group by Moody's; one would assume, then, that the identified institutions would support the results and trends identified in the Report: declining enrollment, absence of revenue growth and failure to have a successful niche.

But, when one looks behind the veil of closures on the List, a very different story about the closed institutions emerges. That then leads to a very different set of conclusions for those who care about and want to foster preservation of small colleges. The "List," in short, is flawed.

Start here. Vennard College closed in 2008, not 2010, outside the dates on the List. There was an issue of violating local law by housing a sexual predator on campus, and the campus was near a facility with young children. Southeastern University merged. Beacon University changed its mission and became a seminary. Southern New England School of Law was, for starters, not a college; it was a graduate law school. And while it "closed," it actually was sold to the University of Massachusetts, which then ran (and still runs it appears) the law school. Dana College was closed after its accreditor turned down the sale of the institution to a for-profit college; later, the campus was acquired by Midland University, which plans to re-open the campus when renovations are completed. Here's an interesting one: Chester College in Nashua, New Hampshire was taken over by New England College; the campuses are within 50 miles of each other and the President of New England College used to work at Chester College. Saint Paul's College, a historically black college, did close but it tried to merge and that effort failed. Mountain State University, in addition to losing its accreditation for nursing and the institution more generally, was the subject of numerous law suits (ultimately settled without admission of wrongdoing), ran a high school that closed and had served as a student feeder, had controversy over the size of the president's salary and had a graduation rate of approximately eight percent (although one article pegged it at under three percent, the lowest of any college in the nation). Virginia Intermont College, a women's institution with a strong equestrian program, tried to merge but that effort failed, amidst leadership challenges. Lexington College, also a women's college with hospitality programs, closed. Sojourner-Douglass College (name is misspelled on the List) just lost its accreditation and is suing to recover it. Marion Court College, a Roman Catholic institution, just closed due to declining enrollment; it was located in a small college with a rich location in Massachusetts. A "GoFundMe" campaign was unsuccessful. The Hawaii College of Oriental Medicine appears to have been a graduate school, specializing in acupuncture among other fields; there is little online data about its existence or closing.

Reflecting then on the List of 25, here are some observations. It appears that some schools should not even be on a closure list because they merged or were taken over by another institution or reframed their mission. By my count, that reduces the list of closures by at least five institutions (and increases the number of mergers). Most of the institutions were not in New England, despite the plethora of small colleges in that region. Many of the schools on the List attempted to merge but that effort failed, signaling the importance of reflecting on how to think about the role and possibility of mergers. The list includes many religious institutions - across a wide range of religions.

So, with these added facts in mind, what messages might we garner that differ from those heralded by Moody's? Try these:

(1) Small religious colleges are at considerable risk of closure;
(2) Women's colleges are vulnerable, evidenced not just by those on the List but by Sweet Briar's recent spectacular, Phoenix-like rising;
(3) Efforts to merge are difficult to accomplish, frequently progressing quite far before failing, often abruptly;
(4) Declining enrollment was not the only issue for the institutions on the List; leadership issues, accreditation issues and controversies of varied sorts were present; and
(5) Graduation rates in the single digits, low numbers of full time faculty and too narrow a niche present sizable risks.

The institutions on the List are not, then, prime examples of institutions that closed because of low enrollment, absence of niches and declining net tuition revenue. Something else was happening at these institutions in addition to the factors highlighted by the Report.

For me, the headlines related to the Report are not that closures are predicted to triple. That seems almost non-consequential given the numbers. Here are alternative headlines that better tell the story undergirding the Report and the List: "For Small College Survival, Figure Out How to Make Mergers Work," or "There's No Simple Explanation for College Closures," or "Small Colleges: Increase Your Sources of Revenue," or "Despite the Rumors, Small Colleges are Not Becoming Extinct."

These not only tell a better story for small colleges; they tell an accurate one.