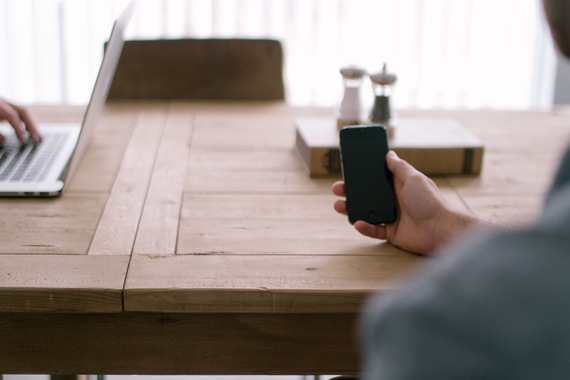 "Tech" and "startup" are popular buzzwords. Use them together, and you've got literary "synergy," the crowned king of buzzwords. These words are like fuel to a flaming conversation, blazing with interest and hype.

Just 15- 20 years ago, tech startups were rare gems, and few were lucky enough to jump on the bandwagon. Think Google, Amazon, and the fashionably late, yet my personal favorites, Facebook and Instagram.

Like a romcom, it's a roller-coaster of (market) sentiment full of the highest of highs and lowest of lows. Not all tech contenders could weather the deadly storms, the dot-com bubble and housing bubble (who knew bubbles were so dangerous?), and yet the chosen few prevailed. And after all these years, we stay enamored as ever with the idea of startups and even more enchanted with "tech startups."

So is it even fathomable to think that tech startups may be losing their charm? If so, why are these lovable underdogs becoming less lovable? Here are a few distinct reasons I'm noticing:

The space feels saturated, claustrophobic even. Like Starbucks in the early 2000's, startups are popping up on every corner. Each one sounding more promising than the last with a killer mission statement to boot.

But the market is free and so is the consumer, to determine their fates. It's not all glamorous and there's a good reason actuaries have jobs. Numbers/stats/math don't lie. 92, I repeat, NINETY-TWO percent of startups fail in the first three years.

And still, like the Gold Rush, hundreds of thousands flock to them; I'm beginning to wonder who doesn't work at a startup? It's losing its exclusivity, and this deters some talent from joining the club. VIP status just doesn't feel the same anymore.

You've got concierge service, free meals, free dry-cleaning, free phone and laptop, free housing, free booze, and even free puppies. So what? So does everybody else. Tech perks are losing appeal because they are no longer perks; they're expectations. Provide them or forget about world-class talent.

Talented people like to be taken care of, and companies feel pressure to up the ante on the swag they provide or need to create insane buzz around their business. To remain successful incubators for all this raw talent, it'll cost a pretty penny. It's not clear whether this is fortunate or unfortunate, but the bar sits high and pretty, probably benefiting us all in some way.

Today A Start-up, Tomorrow A Giant

When you've got a great idea (and I mean a really great idea), the right tools (*cough*, capital, *cough*), and most importantly the right people (and lots and lots of luck), there's a sliver of hope a startup might materialize. But, a startup is only as successful as the brevity of its startup status.

Look at it from any angle, but the fact remains: a startup is a true success when it is no longer considered a startup. Keeping that in mind, the fundamental goal of any tech startup is exponential growth (and revenue). To continue moving full steam ahead, you lose room for the start-up culture, flexibility, and appeal.

It's a hefty trade-off, but one that founders and VCs are game to make because for them, that means money. For you, the employee, that means fate at the hands of new management or possibly shareholders. The startup phase is a glamorous run, but it's short-lived.

Despite these three charm-busters, past and current tech startups are pretty much killing it right now (Tumblr, Spotify, Instagram, Snapchat etc.). In fact, they're young, and more popular and attractive than ever.

There's a lot to consider before joining a startup, but they're quite literally shaping our modern world. Tech startups are always on the leading edge of problem solving and innovation. Many people still consider being a part of one a privilege and honor; and if you find the right one, the sky's no longer the limit.

Liz is the creator of 20swealth.com, a personal wealth blog for Millennials.