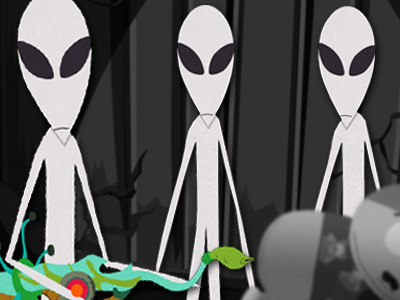 The visitors then leave...or DO they?

No, no they have not.

Essentially, what we have here is something very similar to what happens with the urban legend about every episode of Seinfeld containing a reference to Superman (something I addressed in a Comic Book Legends Revealed years ago). People can't seem to be happy with something cool like this happening occasionally. Instead, it has to be exageratted to be happening all the time.

The alien sightings were never in every episodes, but they did appear with a great deal more frequency in the early seasons, including in the opening credits. As time went by, it seems as though the animators found the joke not as interesting, as the appearances became a good deal more sporadic. 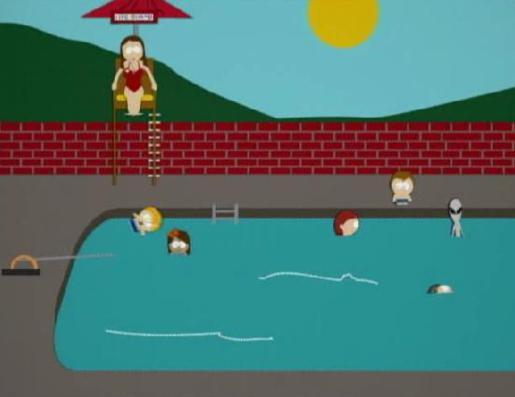 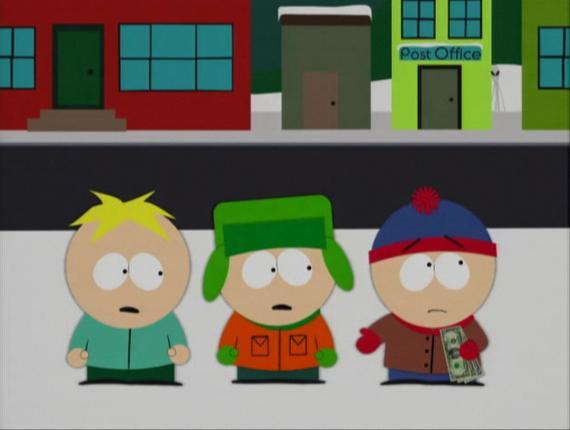 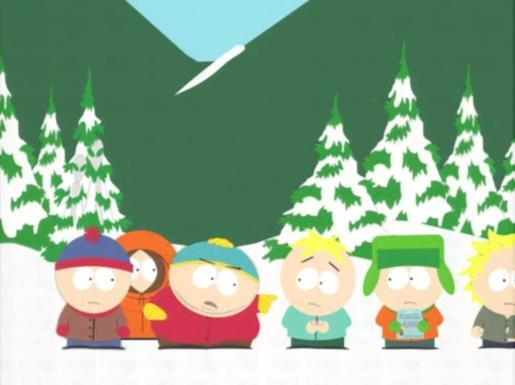 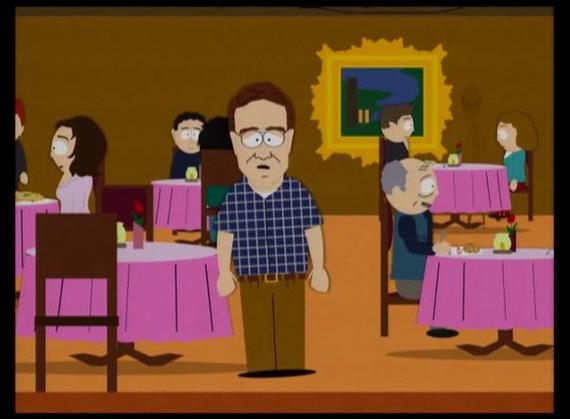 They picked up again in 2008's Season 12, though, as Comedy Central had a contest where fans could win stuff by finding the hidden visitors in each of the first seven episodes of Season 12.

South Park Studios have addressed this legend a few times over the years in the Frequently Asked Questions section on their website. In 2002...


QUESTION
How many episodes have "hidden visitors" in them?
ANSWER
Over half of them. Eric Stough, our Director of Animation, usually puts them in at the last minute. That is... if he remembers to. Unfortunately, he doesn't keep track of them, so we don't have exact numbers.

QUESTION
I'm sure you've answered this a thousand times but I cannot find the answer: Is it true there is an alien in every episode?
ANSWER
In EVERY episode?? No way. But the Visitors are there quite a bit -- sometimes right in plain sight, sometimes with something as hidden as a little Visitor doodle.

Check out this list of a BUNCH of examples of hidden Visitors on cracktwo.com.

Be sure to check out my archive of TV Legends Revealed for more urban legends about the world of films. And click here for legends just about animated TV series like South Park!