As the world's leaders gather in New York for the UN General Assembly, do you wonder about the overall direction of the human race now that we are some 13 years into the 21st century? While pressing issues such as turmoil in the Middle East, climate change, economies in dislocation, and many others come to our immediate attention; it is interesting (in the spirit of walking while also chewing gum) to look at this question through the macro lens of history as well.

If we step back just 100 years, to September 1913, we would see that neither the United Nations nor its predecessor, the League of Nations, existed. At that time, most of the countries that will participate at this 2013 UN General Assembly were either colonies dominated by a handful of European empires, or didn't exist. If you were a woman who actually wanted to vote, you'd best be on the next boat to Australia or New Zealand. Civil rights, the radio, the television, a photograph of earth from Saturn, The Huffington Post on your cell phone, none of these was generally available. 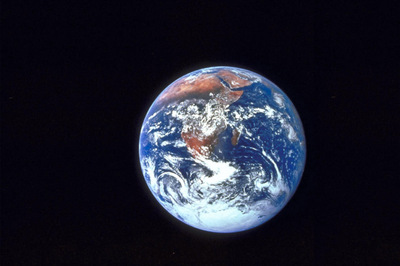 Professor David Christian, who teaches "Big History" and started the "Big History Project" in collaboration with Bill Gates, notes in his course (one of the best I've taken) that you can see a clear trend, both in the evolution of the universe and of life on earth, towards ever greater levels of organization and complexity. Professor Christian notes that this evolution crosses major "thresholds" such as the formation of the first stars, chemical elements, planets, living cells etc. In the history of humanity, this evolution has likewise seen societies progress over many centuries in organization, from the level of tribes, to city-states, to nations. The past century has seen an unprecedented shift toward entirely new levels of organization at the global level, and this change seems only to be accelerating. Could we be crossing another major threshold in human evolution?

Thomas Friedman, who made a "Christopher Columbus in reverse" voyage of discovery to India and wrote his superb book The World is Flat: A Brief History of the Twenty-First Century, describes how the forces that converged early in the twenty-first century will, if they continue, "be seen in time as one of those fundamental shifts or inflection points, like Gutenberg's invention of the printing press, the rise of the nation-state, or the Industrial Revolution -- each of which ... produced changes in the role of individuals, the role and form of governments, the ways business was done and wars were fought, the role of women, the forms religion and art took, and the way science and research were conducted... "

One hundred and fifty years ago, a prisoner in what was considered the remotest and harshest prison of the Ottoman Empire foresaw and wrote extensively about this epic transition in human society. Baha'u'llah, the Founder of the Baha'i Faith, wrote to the world's leaders during the 1860s and 1870s about the need for them to convene a "vast, an all-embracing assemblage" that would "lay the foundations for the World's Great Peace" for this next stage of human history. His recommendations were ignored at the time, but have gradually been only partially adopted over the past 150 years, sadly after the loss of scores of millions of lives in world wars and other conflicts. The Baha'i writings describe this gradual emergence of "a world community, the consciousness of world citizenship, the founding of a world civilization and culture" as "the highest stage in the stupendous evolution of man's collective life on this planet."

In case we worry that a world civilization implies the human race eats only McDonald's and wears only Chicago Bulls t-shirts (a scary thought indeed), it goes without saying that seeing the "earth as one country, and mankind its citizens" does not mean negating sane and intelligent patriotism for one's country, any less than being a citizen of the United States means rejecting residency of your own state at the same time. Like a variety of flowers enhancing the beauty of a garden, Friedman describes in "The World is Flat" a recent phenomenon he calls the "globalization of the local" which can empower a flourishing of "more globalization of local cultures, art forms, styles, recipes, literature, videos and opinions."

The human race has never had the experience of a world civilization before. If this is where the forces of history are moving us, there is no precedent for us to look to on a global scale. Like a child growing, it won't happen fast enough to be a sound-byte on television news, but you definitely notice it. If this is not the direction we are heading, then what is? If it is, then many fundamental shifts of thinking lie ahead for us, our children and grandchildren, because we can't successfully live in a new reality with old patterns of thought. It is a question worth discussing more often because the implications are so deep; I'd love to read your comments and please vote on the survey question below.