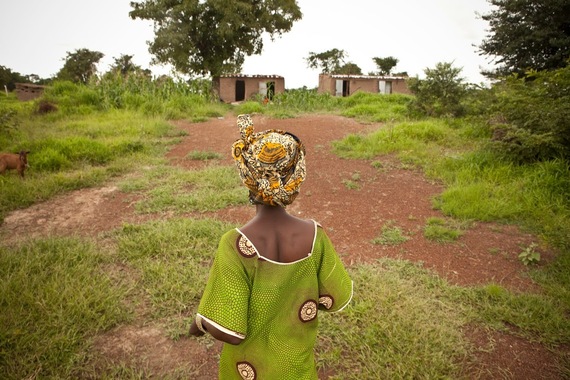 A few weeks ago, I was sitting in a room full of women philanthropists at the Women Moving Millions Summit in New York where the theme was 'power' and how it can be used to transform the lives of girls and women worldwide.

Suddenly the cast of a new musical comedy Disenchanted! appeared on stage. I watched Snow White, Cinderella, and other princesses storm the castle to take back their lives in a hilarious and empowering update of their 'real' stories. And I began to think that living as a woman has never been a fairytale.

Whether it's the woman living in a remote village in Congo on less than a dollar a day, or the girl in India who doesn't have access to a toilet and is at risk of being raped when forced to defecate in the open -- they have one thing in common: both are the cornerstones of their families and communities, and an investment in them is an investment in nations and our world.

This is the message that came through loud and clear during the opening of the 69th Session of the UN General Assembly in late September: now is the time to invest in women.

And who better to do it than us? We must subvert the old models of philanthropy and global development, turn the story on its head, and begin to see girls and women, mothers and daughters, as agents of change.

Never mind the glass slippers and tiaras: it's about the purse. We need to harness the untapped potential of women philanthropists who are ready to invest their growing resources in giving women and girls the chance to live healthy and productive lives.

As a new report by Women Moving Millions makes clear, women control just over a quarter of the world's wealth -- approximately $20 trillion. Were they to give away just 2 percent of this wealth every year, it would equate to $200 billion -- or 11 times the US foreign aid budget and 41 times the budget of the UN. Yet today the reality is that less than 10 percent of all philanthropic dollars are being invested in women and girls.

We are at the tipping point of creating huge change and impact for women and girls. But we need a bigger army that goes way beyond the checkbook -- think about the intellectual capital we are also missing out on.

I believe that women have a common bond and we can build a community of bold, like-minded philanthropists who have more than their dollars to invest. If we give them a platform to raise their voices and engage in peer-to-peer learning, they will become incredible champions for social change, especially when focused on investing in other women.

The future of philanthropy and global development is all about paring financial capital with time and talents. If we can do this, we will make great strides toward ending extreme poverty in our lifetime.

Let's re-write the fairytale together. It's time.