I'm a native of Montana, raised on a ranch that's on the edge of the highly productive Bakken Formation oil field. The idyllic countryside where I rode horseback with my dad and brother to round up cattle for branding has been dramatically altered by that oil development. The rolling hills and beginnings of the badlands I love are pocked with oil derricks and storage tanks, on pads denuded of native grasses.

I was invited last month as a public health professional and Montana landowner to testify before a meeting of the Montana Board of Oil and Gas. The topic was a petition to require broader public disclosure of potentially toxic chemicals used in an oil drilling process called "fracking," short for hydraulic fracturing. My question was: What's the evidence for the dangers of fracking?

Fracking is a regular practice in the Bakken. A solution of water, sand and a wide range of chemicals is injected under high pressure underground to break up the shale rock where oil resides. The solution is then drawn back out and often stored temporarily on-site before disposal elsewhere. Several years ago I watched an oil well being developed in our family pasture, my first disturbing glimpse of how those wells might poison the land. I was aghast to see a huge lined pit filled with greenish, viscous slimy-looking muck next to the oil derrick. 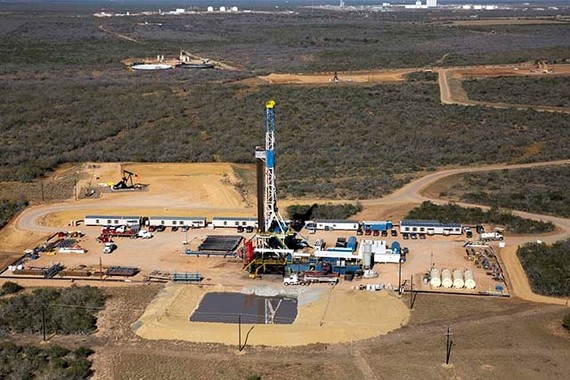 Was that toxic-appearing slurry a problem for our health, or for the environment? We know enough about the some fracking chemicals to have realistic concerns. Many, such as benzene, lead, ethylene chloride, and methanol, are known or suspected carcinogens or are otherwise toxic to humans. Fracking solutions can also include endocrine disruptors, which can be particularly harmful during fetal development. These substances are an urgent concern for the health of future generations: exposure even at low levels during pregnancy is associated with newborn birth defects. In a recent review of fracking research, 84% of public health studies found public health hazards, elevated risks, or adverse health outcomes. Over two-thirds of water quality studies found potential or actual water contamination, and 87% of air quality studies found elevated air pollution.

But there is another problem. Montana regulations require oil developers to disclose the contents of the fracking solutions used for each well. The exception: if a company deems its chemical product a "trade secret," the product doesn't need to be disclosed. In one study of the hazards of fracking chemicals that are used in oil and gas wells in neighboring North Dakota, 37% of the products used were labeled "confidential trade secrets" and so were not disclosed. The public has no way of knowing what they are, or how toxic they might be.

How can we be sure that dangerous chemicals aren't being released into water sources, the earth, or our food crops, whether by accident or carelessness? We count on our Environmental Protection Agency (EPA), with its mission "to protect human health and the environment," to monitor and control potential dangers of this type of activity. How well is it able to do that?

A group called Partnership for Policy Integrity (PFPI) recently accessed EPA's regulatory determinations for 105 newly introduced fracking and drilling chemicals. What PFPI reported is shocking. Studies examining health effects were available for only two of 99 reported chemicals in applications submitted by companies for approval. Of 12 reported health studies, ten were missing from the public record, while at least two were withheld because they were "confidential," and thus hidden from the public. For the great majority of substances reviewed, EPA staff noted health concerns: irritation of skin, eyes, and mucous membranes; lung effects; and nervous system, kidney, and developmental toxicity.

Despite those concerns, the EPA eventually approved all but seven of the 105 chemicals. The PFPI investigation concluded that "federal law enabled chemical makers to win approval of fracking and drilling chemicals by EPA with no health testing and sweeping confidentiality claims that deny citizens even the most basic information on the chemicals' identity."

In public health, I was taught the precautionary principle: when there are uncertainties about the long-term environmental or health impacts of a suspected risk, take the most conservative option. Remember the thalidomide crisis from the late 1950s. Pregnant women in West Germany and other European countries were given the drug thalidomide for morning sickness. Thousands of their infants were born with dramatically stunted and deformed arms or legs, before we realized that the drug caused birth defects. The FDA refused many requests to market it in the US, and we were spared that sad public health tragedy.

Those of us who testified did not convince the Montana board to tighten up their standards on what is allowed to be called a "trade secret." I left the meeting wondering if I could ever return to our family pasture without wondering what toxic horrors lay beneath the soil. I was even more convinced that we owe it to those living in areas of dense drilling activity, including children yet to be born, to honor the precautionary principle in addressing the potential hazards of fracking.

Advocates aren't giving up the fight. Concerned citizens can demand that the oil industry face greater accountability for the environmental hazards of fracking chemicals in various ways. The EPA needs pressure to enforce existing laws that protect the environment from the hazards of fracking. Because state laws are the main regulators of oil and gas development, joining a state-level watchdog group is a good way to advocate on critical issues. But grass-roots efforts are key. For example, where oil development that involved fracking has been proposed, community groups have successfully pushed back against wells that are near homes and schools.

The health of many Americans, and even our earth itself, is at risk.