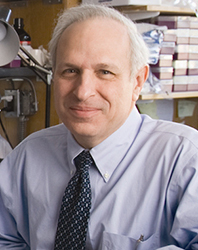 The first psychiatric patient I evaluated--42 years ago--presented with delusions and mood swings. Based on those symptoms, our attending physician diagnosed her with schizoaffective disorder. We medical clerks were confused by that assessment.

Schizoaffective disorder encompasses a combination of symptoms of schizophrenic and mood disorders, and such a mixed diagnosis seemed like a violation of our education. We had been taught that illnesses are distinct, with specific causes, symptoms, and treatments.

As I went on to study psychiatry and its diagnostic criteria further, strictly defined categories, a traditional medical model, continued to be the standard. Of course, some medical conditions are quite specific, but many are not. For nearly a century, proposals have been made for specific psychiatric disease categories, but clinical symptoms often do not fit these categories well. In fact, diagnostic complexity, even if it means assigning multiple diagnoses or mixed diagnoses to a single patient, is a practical clinical norm.

As technology advanced, the search for distinct measures moved beyond symptoms to the exploration of potential biological causes. However, despite early hope that a particular chemical imbalance might explain major depression and a toxic metabolite might explain schizophrenia, psychiatric disorders don't seem to have simple explanations.

Genes provide powerful lessons on why simple models failed. For many psychiatric disorders, genetic factors explain more than half the risk. However, while it was once thought that only a few genes determined most risk, that turns out to be untrue. Most cases of schizophrenia, for instance, result from varying interactions of many genes and numerous processes. Over 100 sites associated with schizophrenia have already been identified, but researchers believe that there are thousands more. This means that there may be more potential risk combinations for schizophrenia than there are people with schizophrenia.

Equally important is that many of the genetic variants associated with one illness, such as schizophrenia, alter risk for other common psychiatric disorders, including mood, anxiety and attention disorders, and autism. Also, while everyone who becomes mentally ill would likely have some of the variants commonly associated with psychiatric disorders, no individual, even the healthiest, exists without any of these same variants.

Environmental determinants of psychiatric illness are also experienced by all and are rather non-specifically related to illness. Stress, infection, toxin exposure, dietary problems, drugs, or trauma can lead to any of a number of disorders, depending on their interaction with other events and genetic determinants.

Brain imaging and blood-based biomarkers tell similar stories. Although they both reveal anomalies associated with psychiatric disorders, these anomalies are not entirely specific to one illness and appear in many people who are well.

Thus, there continues to be no clear separation among psychiatric illnesses, nor even a clear separation between the well and the ill. Rather, psychiatric disorders appear to occur along a range of dimensions--at the extremes of human experiences, but not fully distinct from normality.

How should we use this knowledge that psychiatric disorders are so complex?

In research, we should continue to study illness at each structural level. Single genes have meaning, but genomic studies are increasingly examining the effects of groups of genes (pathways) related to cellular processes. To comprehensively study these pathways, we will need to conduct multidisciplinary studies, with data not only from genes, but also from cells in culture and in whole brains in living people, and we will have to study much greater numbers of subjects than ever before.

In the clinic, we should not yet promote tests that claim to be able to detect biochemical abnormalities or genetic variants associated with psychiatric illness. At this point in time, there simply are no genetic or biomarker tests with adequate predictive power for diagnosis or treatment.

In teaching, we should not overemphasize categories and category-related treatment. We should teach that psychiatric disorders are inherently heterogeneous, that the precise biological causes remain unknown, and that treatment can be based on symptoms as much as diagnosis, just as is practiced for many non-psychiatric medical conditions involving fever or pain or other symptoms that cut across illnesses.

Beyond psychiatry, there is social value in reassessing how we conceive and speak of psychiatric disorders. Throughout history, those with psychiatric disorders have been viewed as being different, separate from those who are healthy. This is incorrect. We are all at risk. Each year, approximately one in five of us have an episode of psychiatric illness, and over one third of us will meet the criteria for psychiatric illness at some point in our lives. Furthermore, we all experience occasional cognitive and mood disruptions, of varying degrees.

We should speak less of normality, when we realize that there is no such thing, and speak more of averages, ranges, and degrees, instead. Also, acknowledging and teaching complexity to the lay public might encourage journalists not to report that each new finding is a breakthrough, which can leave the public jaded.

The hugely varied structure of psychiatric disorders makes simplified models a necessity for some work. Nevertheless, the time may be right for balancing targeted models in our research, clinical work, and education with more holistic, dimensional, and multidisciplinary approaches and understanding.

Bruce M. Cohen, MD, PhD, is the director of the Program for Neuropsychiatric Research at McLean Hospital and the Robertson-Steele Professor of Psychiatry at Harvard Medical School. He leads a multidisciplinary research program on the causes of psychiatric disorders, with the goal of developing new, more-effective, and better-tolerated treatments. He and his colleagues employ pharmacologic, brain imaging, epidemiologic, genomic and cell model approaches to study schizophrenia and bipolar disorder, in particular. Collaborating investigators work at McLean and at the Broad Institute, Harvard University, MIT and international sites. Dr. Cohen has directed clinical and laboratory research projects at McLean for over 35 years. He is the founding director of the McLean Brain Imaging Center, and president and psychiatrist in chief emeritus at McLean Hospital, having led McLean from 1997 through 2005.

Dr. Cohen was named Psychiatrist of the Year by the National Alliance on Mental Illness of Massachusetts in 2005 and 2010. He has over 400 peer-reviewed published manuscripts and book chapters describing the results of his work.