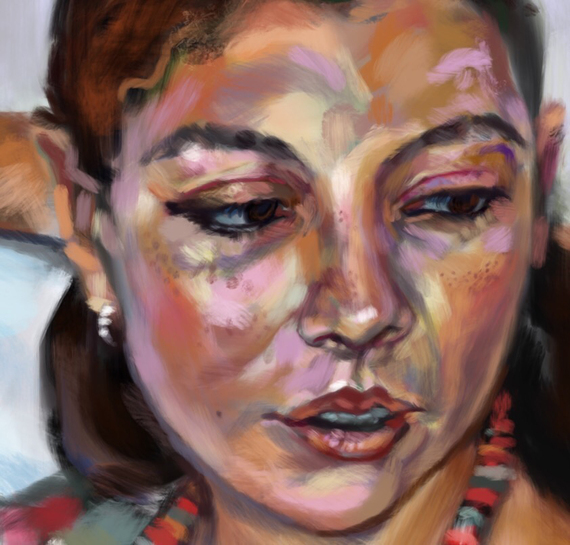 It was no coincidence that the UN General Assembly proclaimed 2015 as the International Year of Light and Light-based Technologies. Why was this so significant for me as a painter you might ask? Well let me explain.

What first was seen as merely the mechanism of sight has proved to be so much more. The source of all life on Earth, providing warmth, powering the weather, driving the photo-synthetic process that generates oxygen. The self-sustaining interplay of magnetism and electricity that lies behind Einstein's special relativity. The fundamental glue that keeps all matter together. And perhaps even the key to time itself. ... remarkable new light-based technologies that are appearing as we enter the twenty-first century. Technologies that have the potential to transform reality itself.

I've recently had the opportunity to read Light Years: The extraordinary story of man's fascination with light by Brian Clegg and was captivated by this particular quote.

Artists, Philosophers and scientists have been obsessed with the mystery behind light since time began. And we've come ever so far with our understanding of light since the Neolithic Times. At around 3000 BC, Stonehenge acted as both a temple of light and a marker of the important seasonal changes predicted by the movement of the Sun.

At this time of year the winter solstice is upon us and if like myself, you've lived in London, England most of your life, you can't ignore the fact that it's the shortest day of the year in the Northern Hemisphere. In real terms, it means getting up and leaving for work in darkness and coming back from work in darkness! On the actual solstice, the North Pole gets zero energy from the sun -- and that means literally no sunlight at all. And this is probably one of the reasons I now live in the Mexican Carribean, where light comes in abundance.

Nowadays, it's the study of light particles called Photonics that I find fascinating. In many ways it's become a part of our lives we just take for granted.

Photonics is the science and technology of generating, controlling, and detecting photons, which are particles of light. Photonics underpins technologies of daily life from smartphones to laptops to the Internet to medical instruments to lighting technology. The 21st century will depend as much on photonics as the 20th century depended on electronics.

The first impressionists were fascinated with light and capturing the way we see a fleeting moment with boldly applied colours. Of course, it was the invention of modern colour theory with its versatile primary and secondary colours, produced in manageable portable tubes, that made it practical for artists to record what they saw 'en plein air'. And arguably as important an invention as the touchscreen technology of the last decade.

One year of painting professionally using the iPad with applications such as Procreate and I now can confidently say that I am painting light with light. Pure light is my new oil paint. Yes light, that thing that we often take for granted everyday. How exciting is that when you look at it from this perspective?

The modern touchscreen has developed so far that you can now view vibrant colour images in incredibly high definition. In fact, the latest retina displays come close to matching the 20/20 vision of the human eye. This sharper definition combined with recent extremely responsive touch sensitive surfaces, has enabled professional painters such as myself to feel comfortable painting on a tablet.

And I've talked about the benefits of painting with my iPad before, however, I don't think that this new technology has taken over traditional materials, techniques and processes. Instead I believe it can be used in collaboration or alongside established traditions to push art into new and innovative territories. Indeed, the iPad is just like any another medium, needing the creativity and trained eye of an expert to produce exciting results.

A concrete example of painting with light in my art practice is how I created my recent series of Skype portraits, which were made possible by developments in the science of photonics.

Will l ever return to traditional techniques? Well as it happens, I've started oil painting again but this time I'm using a combination of new technologies and traditional materials and techniques to inspire a fresh way forward. It has opened up such an exciting world of opportunities.

There is something very contemporary about using new light-based technology alongside long established values. I would love to hear about the ways other professional artists have combined the two creatively.

I am offering the chance for one selected artist to be featured in one of my upcoming posts. Interested? All you have to do is subscribe to my Huffington Post fan page and send me a message through Facebook with an image and short description of your work and I'll be in touch.