The other day, while walking by the bay near my house, I found an exquisite piece of sea glass. The glass was a clear, frosty blue, as if a piece of sky had chipped away and landed in the colorless sand. I picked it up and examined it, imagining all the turbulence and pounding it took to smooth out the edges. Was the sea glass originally part of a mason jar or medicine bottle, or something more magical? Actually, its journey made it magical. For all the time spent churning in the sea, it emerged beautifully. Wherever it started from, it was transformed.

That's something I learned from my brother Billy. That our journey on this planet may be rough, but we transform as we move into the next world.

"The first thing that happens is bliss."

Those were the first words Billy said to me when he unexpectedly began communicating with me three weeks after his death. Although Billy was a troubled kid, a troubled teen, and ultimately a troubled man who finally lost his battle with addiction, when his life on earth had ended, he found himself in a state of bliss. He said:

"Bliss is like being in love multiplied by a thousand, but it has nothing to do with anyone else. It's fulfilling in and of itself. Most of the time, you need someone to give you a reason to feel love. With bliss, you don't need a reason for it."

The dictionary defines bliss as both "complete happiness" and "paradise or heaven." So bliss can be found in both our everyday world, as well as the world that awaits us after our time on this planet is complete. For Billy, bliss escaped him during his lifetime, yet he found it after he died. How could that be?

Why Billy chose to walk his particular path on earth is beyond our understanding. Why would anyone go down that road? It turns out that the drama of his drug addiction was one of the most important parts of his life. It was a very transformative struggle. Sometimes our ordeals on earth are painful, but pain is a transitory state. As Billy puts it, "The shadow is illusory and temporary. Bliss, ultimately bliss and light, are the truer and stronger reality."

As I held the sea glass up to the sun and fantasized about its history, I thought about how riding through rough waters can allow the light to shine through us with great beauty. Not only had my brother taught me about life after death, but also how to have a more blissful experience of life during life. 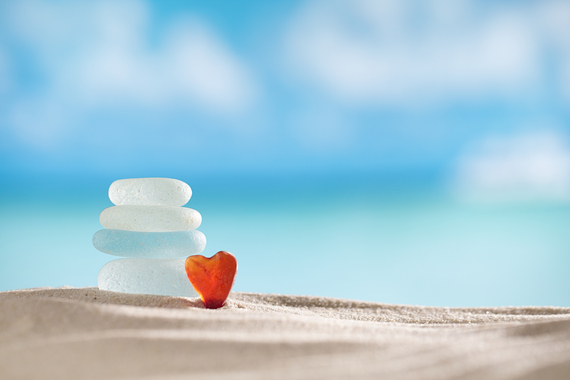 Author of The Afterlife of Billy Fingers, Former Chiropractor