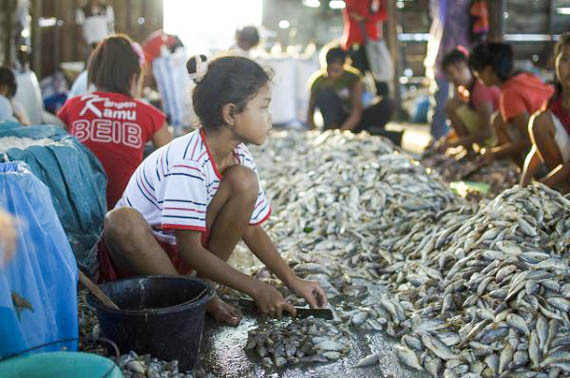 A girl chops fish in Indonesia. A recent study suggests that declines in wildlife and fish populations contribute to social unrest, child labor and even slavery. Photo © ILO/Ferry Latief.

Wildlife is in trouble. From vanishing gorillas and rhinos due to hunting in Africa, to losses of orangutans as their rainforest habitats are cleared in Southeast Asia, to declining sharks and tuna around the world due to overfishing, we hear often how wild animal populations are threatened by human activity.

A 2010 study reported that out of more than a dozen important indicators of global species status and the threats they face, most are worsening -- and none are improving. Yet these species are essential. Wildlife and fisheries are the primary means of putting protein on the table for more than a billion people. They are the key to livelihoods for many of the world's poorest people, and the direct source of more than US$ 400 billion in trade annually.

Given their importance, it's clear that decline of these populations will impact people. What's surprising is that these impacts seem to be more far-reaching than previously thought.

In a recent study in the journal Science, University of California, Berkeley researcher Justin Brashares and colleagues suggest that declines in wildlife and fish populations contribute to social unrest, child labor and even slavery. Their analysis finds not just one case but a range of ways in which wildlife declines exacerbate existing social and political tensions and contribute to conflicts.

Human consequences of wildlife loss
In Thailand, according to a government assessment, prolonged overfishing has reduced "catch per unit effort" by more than 90% in the past half-century -- meaning Thai boats must do ten times the fishing, often over longer distances, for the same fish catch. Their families facing debt, young men are sold by the thousands to fishing boats, where they can spend years working 18- to 20-hour days without pay.

Elsewhere, criminal groups use violence to control illegal trade in wildlife. Globally, wildlife trafficking is among the most profitable of illegal trades, with body parts harvested from poached elephants (up to US$ 6,500/kilogram for ivory), rhinos (US$ 30,000+/kilogram for horns), and other animals offering lucrative profits on illegal markets.

As these species are driven further toward extinction, trade in their parts continues to flourish. This trade is harnessed to fund civil wars, terrorism, and other violent activities of groups including the Lord's Resistance Army, Sudan's Janjaweed and Nigeria's Boko Haram, which alone is responsible for thousands of killings in recent years, and the high-profile April 2014 kidnapping of more than 200 schoolgirls.

The impacts of vanishing wildlife populations on social conflicts may be highest in developing countries and weak states. Though these countries are often where the world's biological resources are most concentrated, consistent species loss combined with weak governance can support social unrest and criminal activity.

This formula has taken on still another form in Somalia and several West African countries. As foreign fishing vessels proliferated in Somali waters, local fishers facing declining fish catches began seizing foreign fishing boats. What might have initially started as a form of vigilante resource management has since escalated to full-scale and heavily armed piracy, often under the justification of protecting rights to fishing grounds. 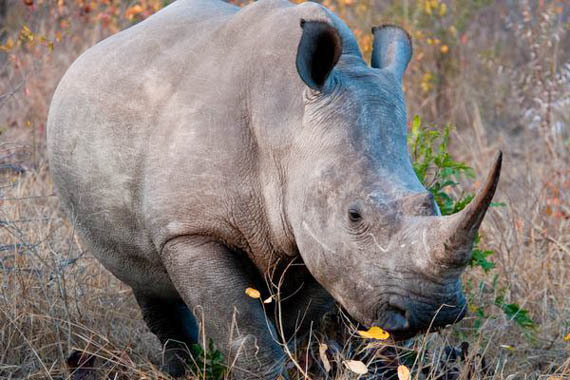 Wildlife decline: not a smoking gun
It's important to keep the work of Brashares and others in perspective.

There's a tendency for people to look for black-and-white explanations for the worst of our problems. In an uncertain and sometimes dangerous world, it can be a comfort to think we "know" which specific levers and buttons lead to particular results. This need is met and magnified in a world dominated by headlines ever more extreme in their pursuit of page views.

The thing is, nothing as complex as terrorism or slavery will ever be explained by a single factor. Not all wildlife declines lead to terrorism, nor is all social conflict due to crashing animal populations. Acting as if one social trend, ideology or environmental factor alone is responsible for conflict can only make the problem worse.

Good science can guide us to a more realistic understanding, and point us toward solutions. In this case, a growing body of evidence indicates that wildlife decline is a major contributing factor that directly impacts tens of thousands of people across multiple continents via armed conflict and slavery, and likely affects millions more via political unrest, economic loss and psychological impacts.

Those are profound results. If true, how many slaves will be enough for the international community to take action?

There's much that needs to be done about this. And there are several good places to start.

Taking action
Earlier this year, President Obama created an interagency wildlife trafficking task force, which should provide some much-needed coordination and support from the U.S.

But what's really needed, Brashares and coauthors argue, to address conflict brought on by wildlife decline is identifying and addressing underlying causes. That means understanding the "ecological, social, and economic complexity" of the situation, rather than simply backing policies that promote "war on poachers." Doing so requires the work of not just law enforcement and conservation biologists but social scientists, economists and international lawyers.

One initiative headed the right direction is United for Wildlife, a program launched this spring by the Duke and Duchess of Cambridge's Royal Foundation, CI and six other field conservation organizations. Its strength is that United for Wildlife addresses multiple facets of these problems at once: addressing protection of wildlife populations, reducing consumer demand for illegally traded wildlife products and supporting local communities affected by the wildlife trade.

International efforts are important, but the critical players in reducing conflict are local communities and national governments.

Over the past decade, CI has worked on a conservation strategy with coastal villages in an area of eastern Indonesia known as the Bird's Head Seascape. Recognizing that the region is no stranger to social conflict resulting from natural resource extraction, the approach puts communities at the center. Each of the Bird's Head's marine protected areas has been declared by community tribal councils before being presented to the government for legalization at the national level.

In the Bird's Head, community patrols empower local people to protect their own resources, including fisheries as well as species like sharks and rays that are vital to tourism. What "conflict" does happen takes the form of external fishing vessels being apprehended by community patrols, which increasingly have legal rights to prosecute violators.

This integrated approach reduces poaching rates, lets marine populations recover and puts food security and livelihoods in the hands of local communities. And it's begun to spread from the communities in the Bird's Head area. 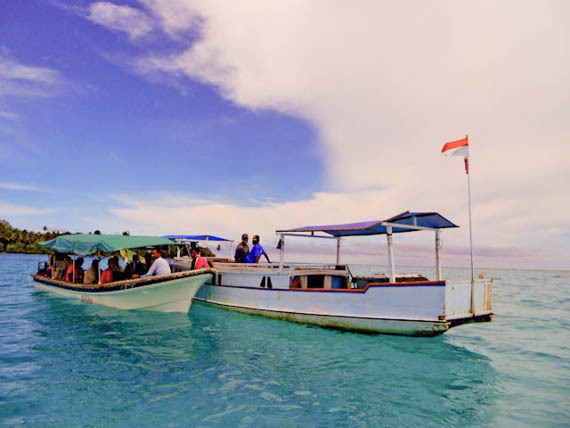 Crashing wildlife populations and social conflict are frightening enough on their own, so you could be forgiven for finding connections between the two a bit of a downer. But this dark cloud has a silver lining.

Studies like Brashares' suggest that supporting healthy fish stocks and wildlife populations can help reduce the risk of social conflict. But protecting these wild places has other benefits as well -- they support our health, our economies and our very existence.

By sustaining wildlife populations and fisheries, we can reduce the risk of violence in some places, while contributing the lives of people everywhere. Surely there's no conflict about that?